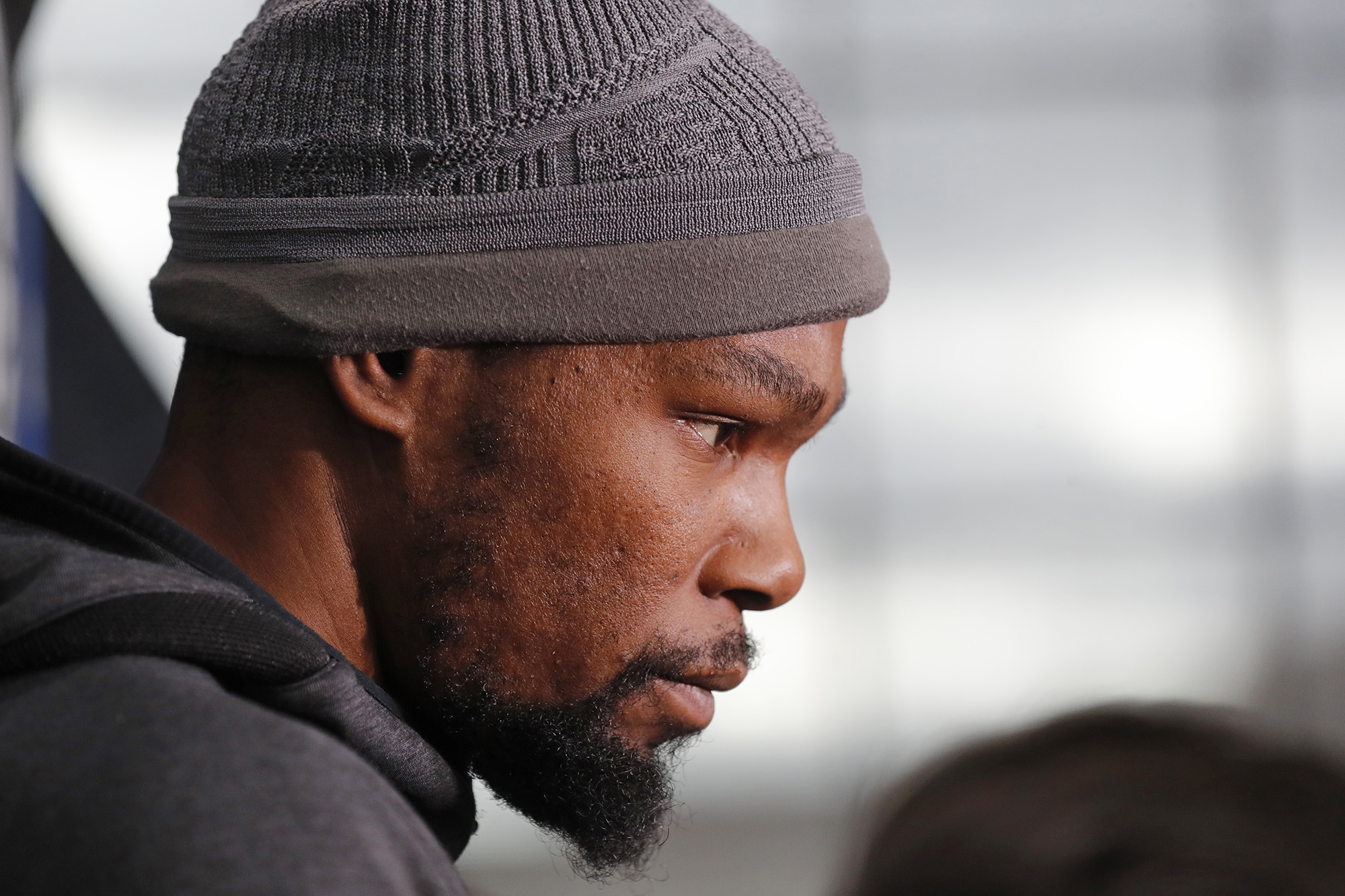 Kevin Durant has already ruled himself out for the NBA restart in Orlando next month because of his ongoing rehab from a torn right Achilles tendon. But even if he was healthy, the Nets’ superstar forward may not have joined his teammates anyway due to concerns about the ongoing novel coronavirus pandemic.

Twenty-two teams — including the Nets — will pick up the NBA’s postponed season at the end of the July at Disney’s ESPN Wide World of Sports in Orlando, Fla. A number of players, such as Avery Bradley of the Lakers, Trevor Ariza of the Trail Blazers and Davis Bertans of the Wizards, have announced they don’t plan on taking part. The NBA said on Friday that 16 of 302 players tested are positive for the virus. The state of Florida continues to see a rise in people testing positive for coronavirus, reporting 9,000 new cases on Friday. In mid-March, Durant tested positive, mere days after the season was suspended.

While Nets teammate and close friend Kyrie Irving has been one of the players against the move — Irving, due to shoulder surgery, wouldn’t have played anyway — Durant doesn’t think it’s a bad idea. It’s just not something he would be open to participating in.

“If the guys feel safe, safe enough to go play, that’s cool. I’m with them,” the 31-year-old Durant said. “If they don’t feel like they should go down there and play or don’t feel safe, I’m with them too. I’m all about what the group wants. If it’s good for the betterment of the whole group, then I’m cool with it. But I probably would have chilled.”