Google Maps is working on a new feature that will show you how to reach the nearest public transport connection, according to new leaked screenshots.

The new Maps filter will let users choose what mode of transportation they will be using at the very beginning of their daily commute, the screenshots show.

Maps will then overlay routes for the various different transport options, such as bus, car, taxi, motorbike, ride-sharing vehicles such as Uber and even auto rickshaws – motorised passenger carts.

Once rolled out, the feature will allow commuters to work out their preferred route to various transport connections, such as the train station, when they return to the workplace after the coronavirus pandemic.

The screenshots also reveal an option to get more accurate Uber fares using data from Google Maps and a slightly new design for the Maps interface. 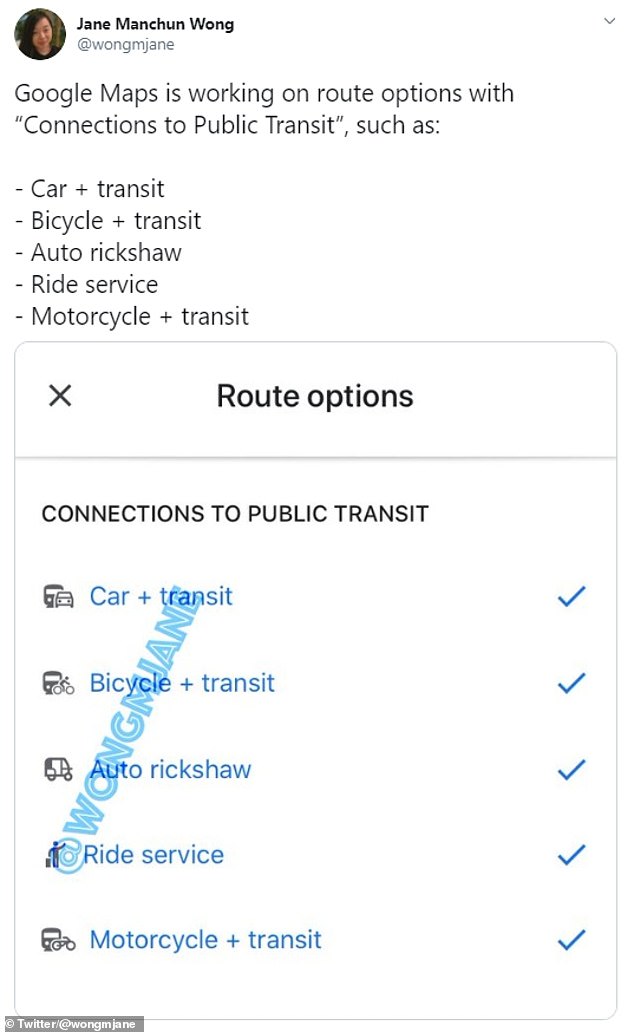 ‘Google Maps is working on route options with “Connections to Public Transit”, such as car and transit, bicycle and transit, auto rickshaw, ride service [and] motorcycle and transit,’ said Jane Wong, a Hong Kong-based hacker, tech blogger and software engineer, who leaked the screenshots.

The feature would give updates throughout the entire trip and would also work for the commute home on the return journey.

Wong revealed Google Maps is also working on an option to get more accurate fares from ride services.

Users would be able to switch on the option to ‘Get more accurate fares’ in the Uber app, which would share route information from Google to Uber.

9to5Google reports that this option may be applicable for other ride-sharing services, although Wong’s screenshot only shows Uber listed as an option.

Wong added that Google Maps is working on ‘deeper integrations’ for bike-sharing service ‘Bay Wheels’ a series of bikes and e-bikes in San Francisco that are available through US ridesharing app Lyft.

By selecting the Bay Wheels filter, Google Maps users would see the quickest bike route, as well as location of nearby Bay Wheels bikes and bike docks near the user’s destination.

Lyft doesn’t operate in the UK, however, and Bay Wheels is specific to parts of California and the West Coast of the US. 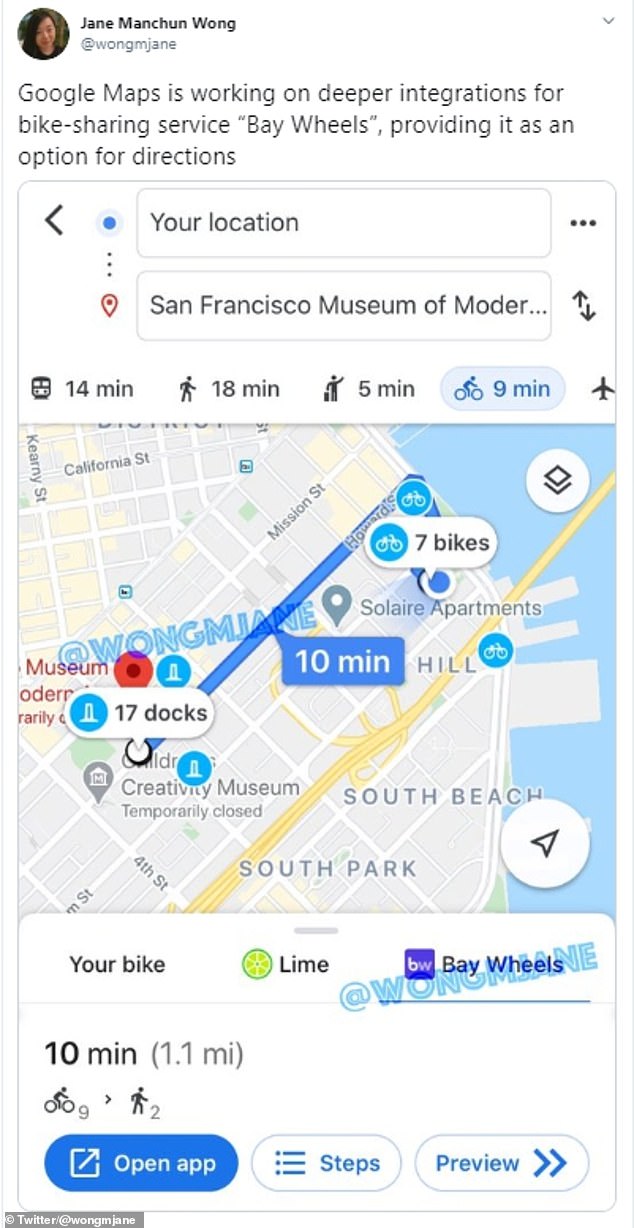 In the US, Lyft’s bike-sharing service Bay Wheels will also be improved with ‘deeper integrations’ with Maps, according to the hacker

The hacker also revealed that Google Maps is also working on ‘Review Mentions’ where it lists top keywords of a place’s reviews, as well as a new Search Bar design.

This new, rounder design at the top of the app’s interface will feature the user’s profile picture on the right and the Maps logo on the left.

Under ‘navigation’ on Google Maps, meanwhile, there will be the option to override Siri – Apple’s digital assistant – with Google Assistant on iOS devices.

By switching this option on, the voice command that usually activates Siri – ‘Hey Siri’ – won’t work, giving users the option to focus on just Google Assistant while using Google Maps.

It’s not know when all these various features will arrive, or if they’re confirmed, but Wong has a proven track record for uncovering new features, which she lists on her website.

For example, Wong discovered Instagram was testing hiding like counts from users in April last year before the social media platform officially announced the feature 12 days later, according to CNBC.

She’s been described as ‘a better source on projects going on across the company than internal comms’ by an Instagram employee. 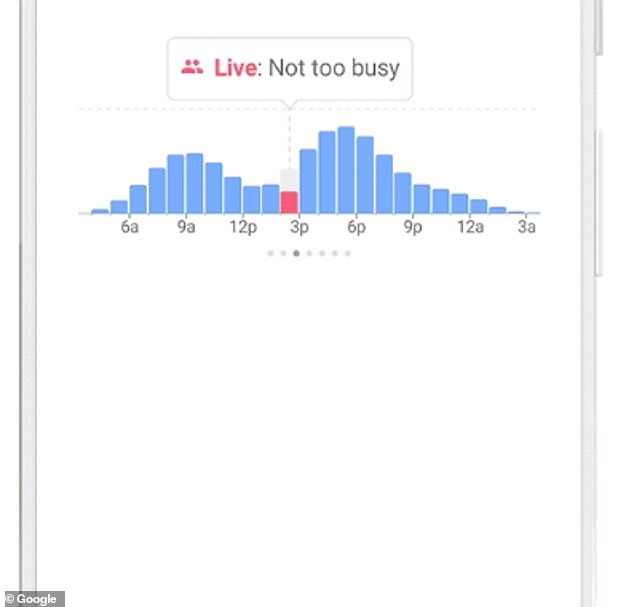 Google Maps highlights the times of day when public transportation is likely to be more or less busy, along with real-time data

Google has already been adding features in anticipation of a return to normality once global lockdowns are completely lifted and people have to start returning to workplaces.

The feature sends alerts to Map users about whether travel routes are affected by Covid-19 restrictions, such as changes to bus times, and highlights the times of day when public transportation is likely to be more or less busy.

When users look up public transit directions for a trip that is likely to be affected by restrictions, Maps shows the relevant alerts from local transit agencies.

‘Getting from A to B can be more complicated these days,’ said Google Maps product management director Ramesh Nagarajan in a blog post.

‘Because of COVID-19, it’s increasingly important to know how crowded a train station might be at a particular time or whether the bus is running on a limited schedule.

‘Having this information before and during your trip is critical for both essential workers who need to safely navigate to work and will become more important for everyone as countries around the world begin to reopen.’

Yankees mailbag: Did Derek Jeter get too much glory?

Peter Mandelson says Tories in disarray over China 'this is not...