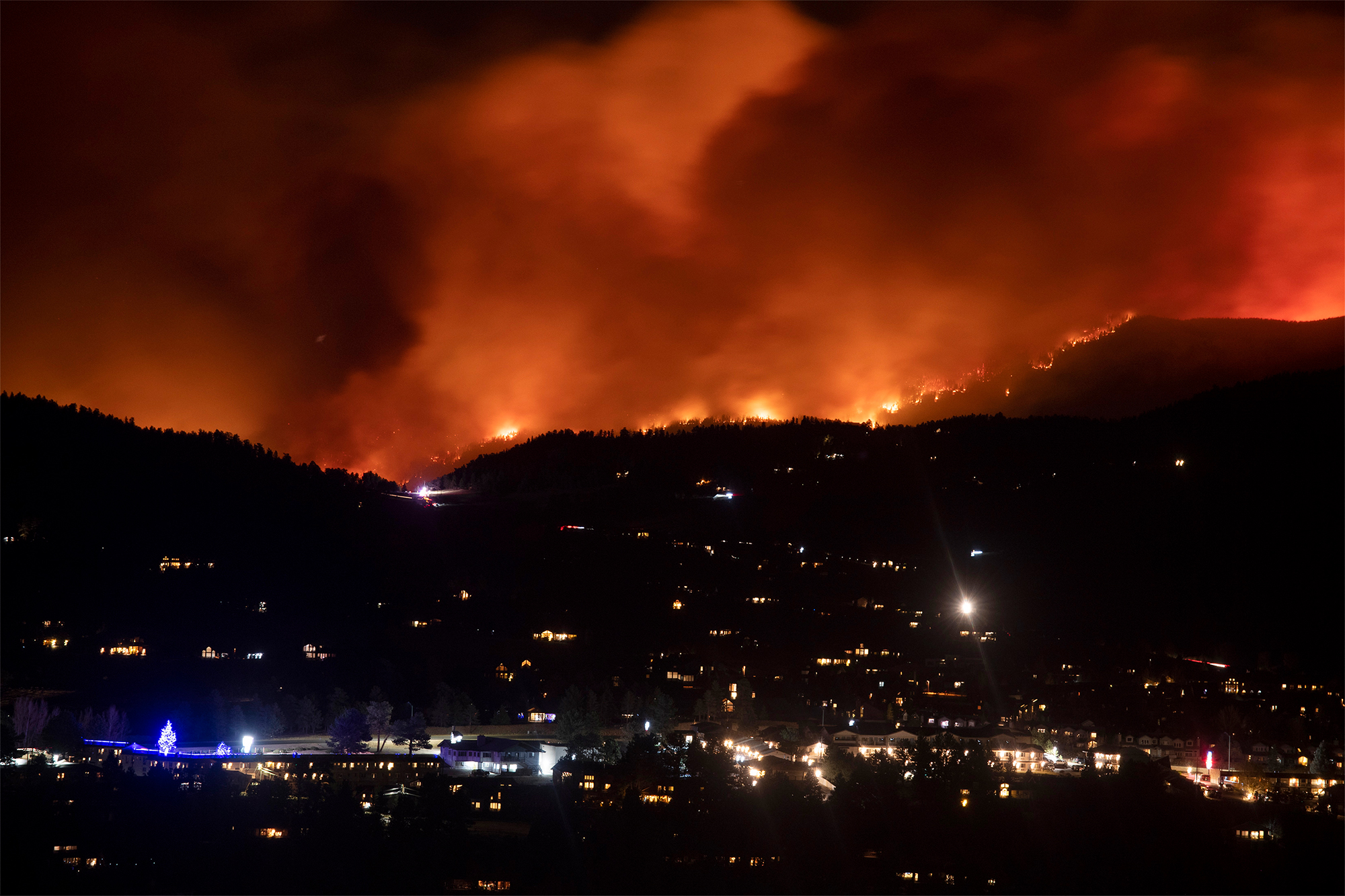 Authorities have ordered evacuations in Colorado and Utah as new wildfires blaze across the states.

The Range Fire and Fire Canyon Fire have already burned through thousands of acres in less than a day in Utah, with the cause of both fires still under investigation.

The Fire Canyon Fire is believed to be human-caused, according to Utah authorities.

The Range Fire has burned approximately 1,500 acres and is 0% contained so far, but authorities cautioned that homeowners may be able to return to their homes sometime on Sunday.

The Boulder Office of Emergency Management said that nearly 900 homes have been evacuated already.

“It is still too dynamic to get in and even begin to assess where those homes may have been damaged or lost,” said Mike Wagner, a member of the Boulder County Sheriff’s Office.

No deaths or injuries have been reported and a cause of the CalWood Fire has not yet been determined, authorities said.

New wildfires have continued to spread over parts of the western United States, spreading rapidly to consume thousands of acres over the course of a day.

In Arizona, the Horse Fire has consumed nearly 8,500 acres since starting on Thursday, the Daily Courier reported.

Residents in Crown King near Prescott National Forest were evacuated from the area over the weekend as the fire raged nearby. Authorities worry that the fire will damage necessary communication structures, making it even more difficult to combat and contain the blaze.

Facebook
Twitter
Pinterest
WhatsApp
Previous articleMissing California mother, 38, is found alive 12 days after she went missing in Zion National Park
Next articlePaul Scholes loses on his return to the dugout after 31-day spell in charge of Oldham Athletic

A Michigan couple conspired in an unemployment scheme worth $2.5 million in COVID-19 aid and bragged about buying fancy cars, jewelry and designer...
Read more
News

‘Savage’ teens beat and stab girl, dump her in creek, then go to McDonalds for smoothies

After a trio of Alabama teenage girls savagely beat and stabbed 17-year-old Lesley Luna Pantaleon and dumped her in a creek to...
Read more

A Michigan couple conspired in an unemployment scheme worth $2.5 million in COVID-19 aid and bragged about buying fancy cars, jewelry and designer...
Read more

Former Department of Homeland Security chief of staff Miles Taylor has been blasted as a ‘two-faced liar’ after he revealed himself to be...
Read more

And while the decision to have her move to the Ozarks seemed to be as simple as Omar wanted to keep closer tabs,...
Read more
Load more

Miles Taylor is branded a 'two-faced liar' after he denied being...