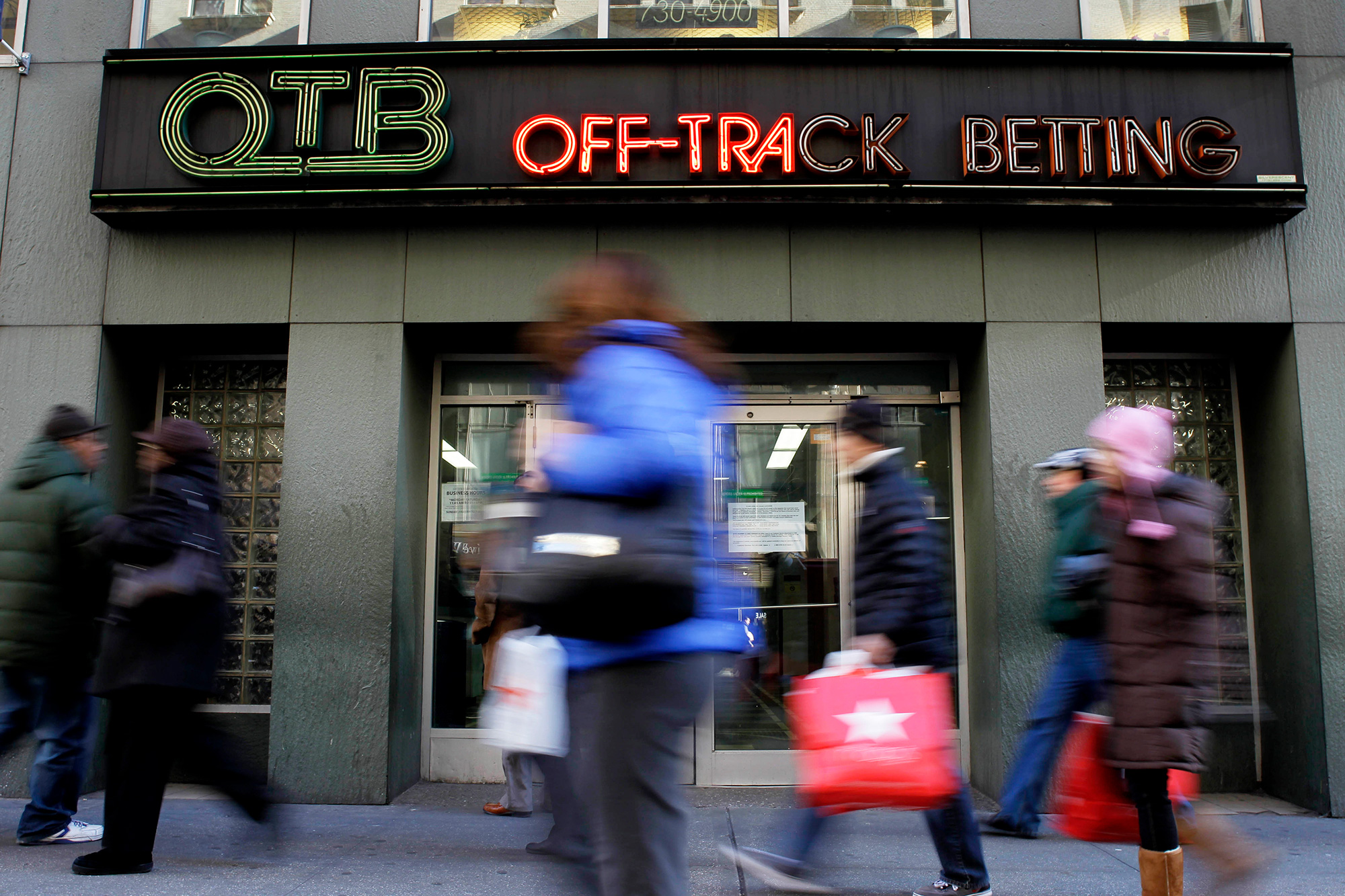 And they’re off — to a government bailout!

Five of New York’s state-created horse-racing bookie offices with its Off-Track Betting Corporation are raking in millions of dollars apiece in federal loans meant to keep small businesses afloat amid the coronavirus, The Post has learned — and critics are crying foul.

The regional OTBs of Nassau County and Suffolk County on Long Island and Western Regional OTB each received about $2.5 million in 1 percent loans, according to records from the federal Small Business Administration and obtained by The Post.

Meanwhile, the Capital District Regional OTB qualified for $1.2 million, and the Catskill Regional OTB got between $350,000 and $1 million.

While the SBA allows private businesses that receive gambling revenue to get Paycheck Protection Program loans, government entities aren’t supposed to partake in the hand-out.

And since New York’s OTBs were created by the state legislature in 1970 as “public-benefit corporations’’ — operated by local governments through political appointees, with their revenue going back to state and local governments — they are clearly not private, critics say.

“How they qualified as a quasi-government entity is a mystery,” said a well-placed government official familiar with the PPP.

“Their CEOs and chairs are politically appointed,’’ he said of New York’s OTBs, including Nassau, whose head is picked by the county legislature.

US Rep. Carolyn Maloney (D-Manhattan), who chairs the House Committee on Oversight and Reform, said she plans to push the SBA for answers.

“The loans are supposed to go to small businesses. I’m going to question the appropriateness of the OTB loans,” Maloney told The Post on Sunday.

“The loans are only supposed to go to private employers, not public,’’ added the rep, who joined other Democratic House members last month to accuse the SBA of stonewalling when pressed on how it has been managing COVID-19 financial-relief programs.

The PPP loans to the New York OTBs had plenty of horse power behind them.

US Rep. Peter King (R-LI) — who told The Post he pushed to help get the loans for the Nassau and Suffolk OTBs — acknowledged that there were discussions between the OTBs and SBA over whether the betting entities were too governmental to receive loans.

He said the agency eventually ruled that the OTBs were “entitled’’ to the financial relief.

“The OTBs are an asset to the communities. The counties get revenues from [them],” King said Sunday.

“I believe we’re entitled to it, and we asked for it,’’ he told The Post on Sunday.

“OTB has people who are working. If you keep people working, you’re saving the taxpayers money.”

The SBA did not immediately return a request for comment.

New York City’s OTB was such a mess and sketchy patronage mill that it went bankrupt and shut down for good in 2010.