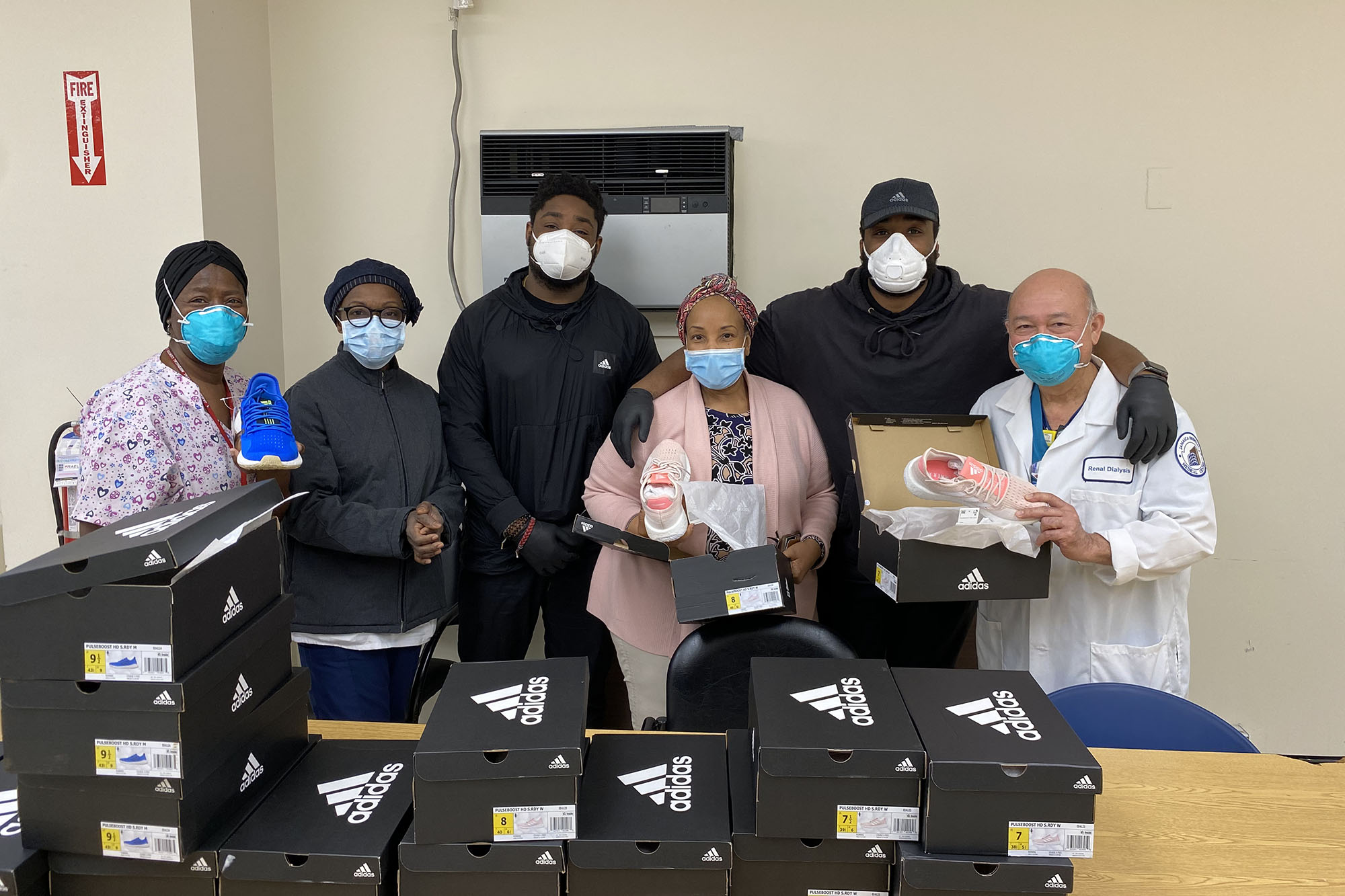 This is supposed to be the busy season for Jay David and his AAU program. The time his players make names for themselves. When they can show college coaches how they can help their schools down the road and earn scholarship offers.

Instead, due to the novel coronavirus pandemic, there has been no AAU season. The New York Jayhawks haven’t done any traveling. They haven’t played any games. But that doesn’t mean David and his players are spending their days without a purpose.

Quite the opposite actually.

Earlier, while the pandemic ravaged the city, David’s program provided food, sneakers, gloves, face masks and face shields to three local hospitals. Sunday they will be hosting a virtual 5K walk/run/ride called “Go The Distance” to raise money for five food pantries in each of the city’s boroughs.

“Although we can’t really work as much and we can’t run tournaments and do that stuff, we’re a little bit more fortunate than most,” said David, who is also an assistant coach at Long Island Lutheran and works with Adidas on community service projects in the area. “I didn’t want to sit around and watch a city that I grew up in and thrived in and that supported me and molded me suffer and not be able to use my platform that we’re blessed enough to have. The worst thing you can do during a pandemic is just sit around and not try to help other people. I didn’t want to do that.”

The Jayhawks have come a long way under David’s leadership, earning an Adidas sponsorship four years ago and developing players like Thunder guard Hamidou Diallo, Illinois forward Giorgi Bezhanishvili, Harvard forward Chris Ledlum and Illinois recruit Andre Curbelo, among many others. Part of the program has always included community service. A Queens native, the 40-year-old David believes it’s important to give back.

Jaden Kirshner, a Jayhawks player and Horace Mann student, suggested a social media pushup-thon contest to raise money, but that had already been done by another AAU program. So after discussing it with players and coaches in the program, the 5K idea was hatched by David, program director Andrew Metz and Kirshner.

They have been receiving up to $10 dollars per mile. At 10 a.m. on Sunday, everyone will congregate on Zoom, and they will have a moment of silence for lives lost. Everyone will then have an hour to complete the 5K before reconvening on Zoom at 11 a.m.

Right now, they have roughly 100 participants. It will feature players in the program, their families, friends and a few companies are also involved. So far, $11,137 has been donated or pledged.

To contribute or be a part of the 5K walk/run/ride, visit www.givingzone.com/project/jcbjxbxzeg/ny-jayhawks