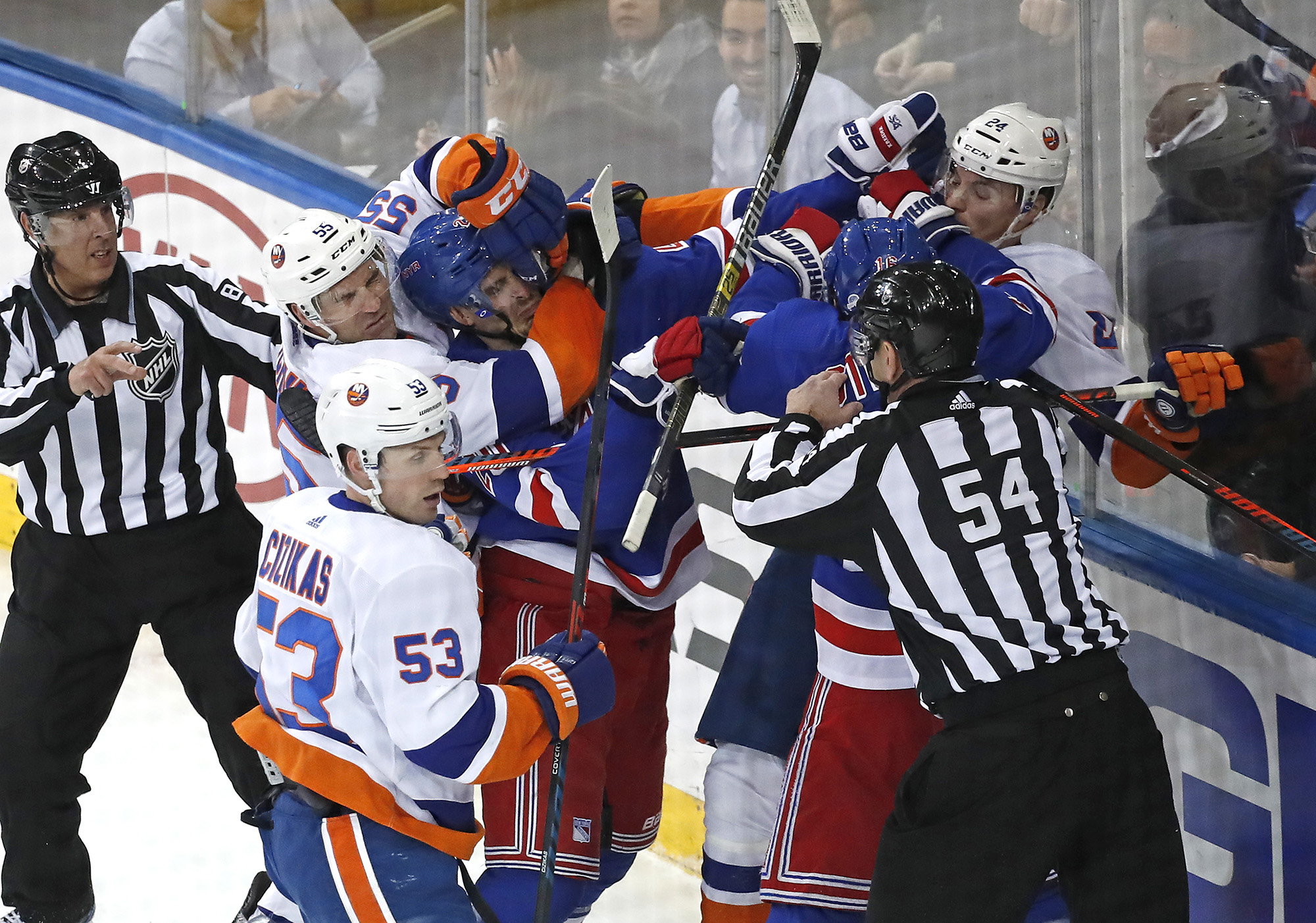 So if the Rangers lose their qualifying round to the Hurricanes, they will have a 12.5 percent chance of selecting first overall in the NHL draft and bringing Rimouski left winger Alexis Lafreniere to Broadway.

Yes, folks, there will be a Phase 2 of the NHL draft lottery after Friday’s Phase 1 ended with a Qualifying Round Loser To Be Named Later having won the first-overall pick. All eight qualifying-round losers will be entered in this second lottery that will be held between the end of the qualifiers and the first round of the 16-team playoffs. Each of the losers will have a 12.5 percent chance of winning the right to draft Lafreniere, who has separated himself from a very strong field.

The Red Wings, whose .275 win percentage was the worst in the NHL since the Thrashers’ .238 in 1999-2000, slipped to the fourth-overall slot. The Senators, who had a 25 percent chance of claiming the top spot by virtue of also owning the Sharks’ selection, will pick third and fifth. The Kings, who had the league’s fourth-worst record, will choose second. The Sabres, out of the playoffs for the ninth straight season, will draft eighth-overall.

The Rangers also will get the later of Carolina or Toronto’s first-rounder as the deadline return from the Hurricanes for Brady Skjei.

As for the Devils, they were bumped down one pick by the Unknown Team to seventh-overall with their own pick, so they might have at least an outside shot at Erie defenseman Jamie Drysdale.

The status of the conditional first-rounder New Jersey acquired from Arizona in the Taylor Hall deal remains in suspended animation. If the Coyotes lose to Nashville in the qualifiers and become the Lucky Loser to claim first-overall, they would keep the pick and the Devils would instead receive Arizona’s first-rounder next year without condition.

The Islanders, too, are living in the land of the unknowing. Their first-rounder is ticketed to Ottawa per the deadline deal for Jean-Gabriel Pageau — unless Lou Lamoriello’s squad loses to Florida and gets the first-overall. In that case, the Islanders owe the Senators their first-rounder next season, also without condition.

It is unclear whether the NHL has a contingency plan for the lottery if the virus prohibits the completion of the qualifying round, assuming, of course, that the NHL and NHLPA reach an agreement on a Return to Play Package that would include a CBA extension. The qualifiers are tentatively scheduled to commence on July 30.

That is a mystery … as is Lafreniere’s destination, at least for another six or seven weeks.

Islanders goalie prodigy Ilya Sorokin could be with team soon