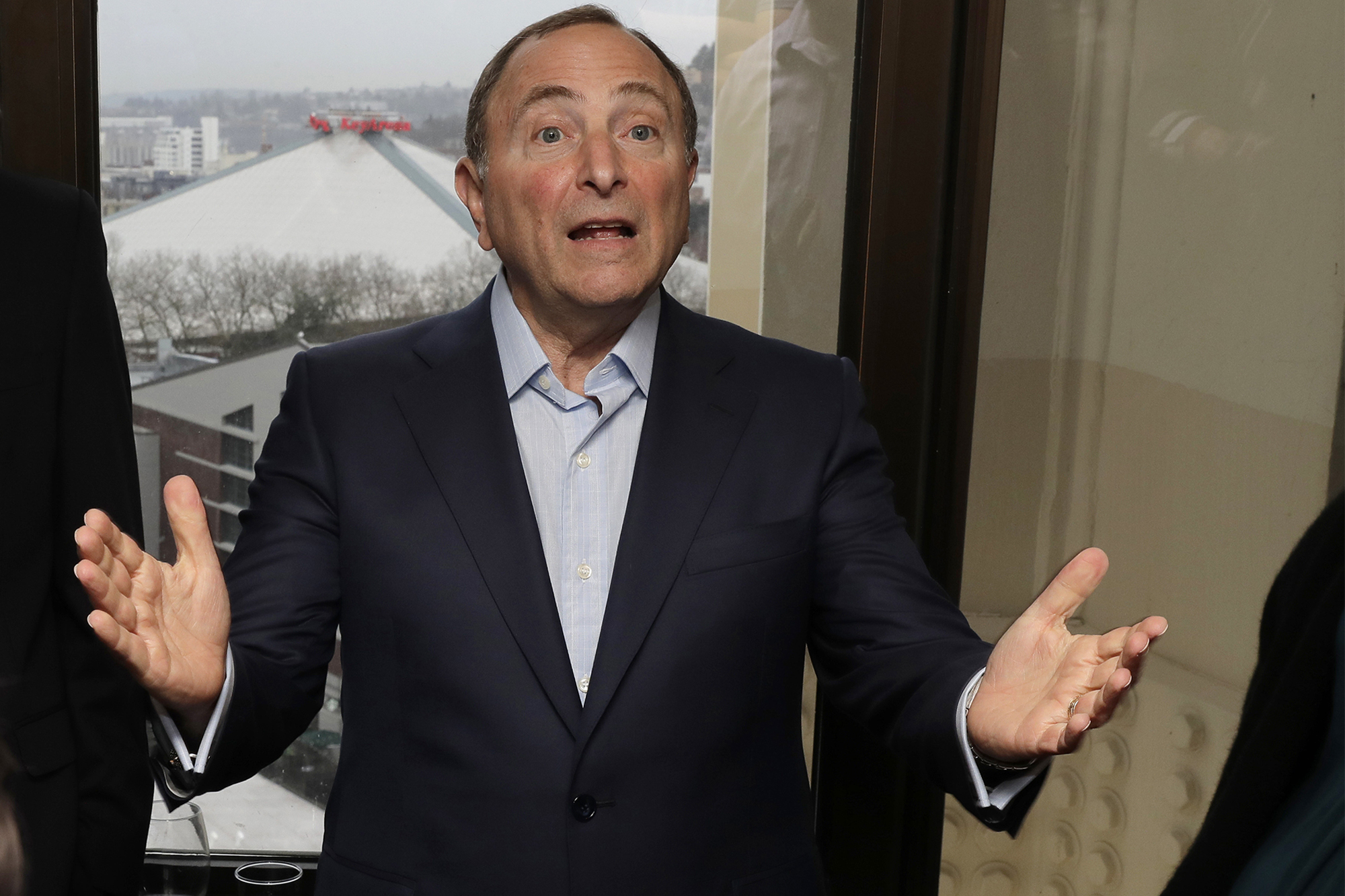 Regarding Return to Play:

1. There will be two subsections of groups that will benefit if the NHLPA ratifies the renegotiated and extended collective bargaining agreement, which will be presented to the union for ratification as part of a comprehensive return-to-play package that will include hub-city locations and health/safety coronavirus-related protocols for training camp and the Stanley Cup tournament.

2. Because a flat cap at the current $81.5 million for the next two or three years (there is talk of increasing the cap by $1 million in Year 3) will strangle contenders that historically spend to the upper ceiling, and will have to contend with arbitration and pending unrestricted free agents without the luxury of steady, even if modest, increased spending room. To wit: the cap increased from $73 million in 2016-17 to $81.5 million over the next three seasons, a jump of 11.64 percent.

Less cap space not only translates into less room to add players, but also less with which to keep them. Teams will be forced to exercise buyouts. (Sources have told The Post that amnesty buyouts have barely, if at all, been part of the conversation). More players will be dumped onto the free-agent market. Teams will grant fewer long-term deals. As such, there will be more arbitration hearings and more players on the market.

Adopting a flat cap will lower escrow, but the players could have done that any time by narrowing the band and setting the ceiling at, say 5 percent over the midpoint than the current 15 percent. Deferring 10 percent of their salary next season will also ease escrow, with that money to be paid following the NHL’s new media-rights deal(s) also mitigates the burden.

And though a flat cap will benefit guys on long-term deals, players coming up on free agency over the next three seasons constitute a huge majority of the union membership. Indeed, 572 players are currently eligible to hit free agency over the next three offseasons, 335 unrestricted and 144 eligible for arbitration. (I did a count using Capfriendly.com data. If there is a mistake, it is mine and not the website’s.)

Thirteen teams spent to the cap (or beyond, using long-term injury exemptions) for 2019-20, with six more coming within $2 million of the limit. With a flat cap, where are all the free agents going to go?

Or are we simply going to see an acceleration into a caste system where rosters will consist of hockey’s one-percenters, entry-level players and minimum-wage laborers?

3. No one has a clue about 2020-21 revenue. So the NHL recognized it would have to violate its principle of linking the cap to revenue, because if that held, next season’s cap could be as low as $63 million with the 2021-22 cap at what, $30 million? Then what? Teams could not construct full-game rosters.

So they have arrived at this split-the-baby choice of maintaining the current cap while capping escrow in order to give the players more time to pay what they owe from this season and to keep them from facing an indescribably onerous situation in two years per the current CBA.

4. But what both sides should have done is negotiate an end to the hard-cap system and move to a soft cap. The soft cap would have been $63 million (or whatever the computation) with teams allowed to spend, say, up to $83 million on a one-plus-one luxury tax. Escrow would stop at the soft cap. For every dollar spent above that, the team would contribute a second dollar to revenue sharing.

That would end 50-50, yes, but as I have been saying for almost two decades, percentage of the gross is a bogus concept. Teams neither pool their revenues nor payrolls/expenses. There is no room for 50-50 if it stunts growth, as it will. The NHL will be consigned to stagnation. A luxury tax would serve as a stimulus.

5. The NHL has approached this as if it had all the time in the world, and it did, but not anymore. Deadline time is approaching if training camps are indeed going to open July 19. Players will have 48-72 hours to chew on a voluminous package and vote. Both parties hope the vote can be concluded by the weekend.

6. The resurgence of the virus across most of this country (Who’d have ever guessed?) has the NHL backing away from Vegas as a hub city. Chicago is believed still in the running, but it is quite possible the tournament — if played — will be staged in Toronto and Edmonton.

If both hub cities are in Canada, it will create a significant saving for the NHL of about 28 cents on the dollar. The league is picking up all on-site team expenses.

7. If an agreement is reached, then it is onto concerns about keeping players and attendant personnel safe and healthy. If the membership — which seems less divided than uncertain — votes down the proposal, the tournament will be in quite serous jeopardy.

What’s more, there is the prospect of a chill between the sides that leads to depression the next two seasons before a lockout. In other words, even more good times.

Date Lab: ‘We were sort of roasting each other,’ he says