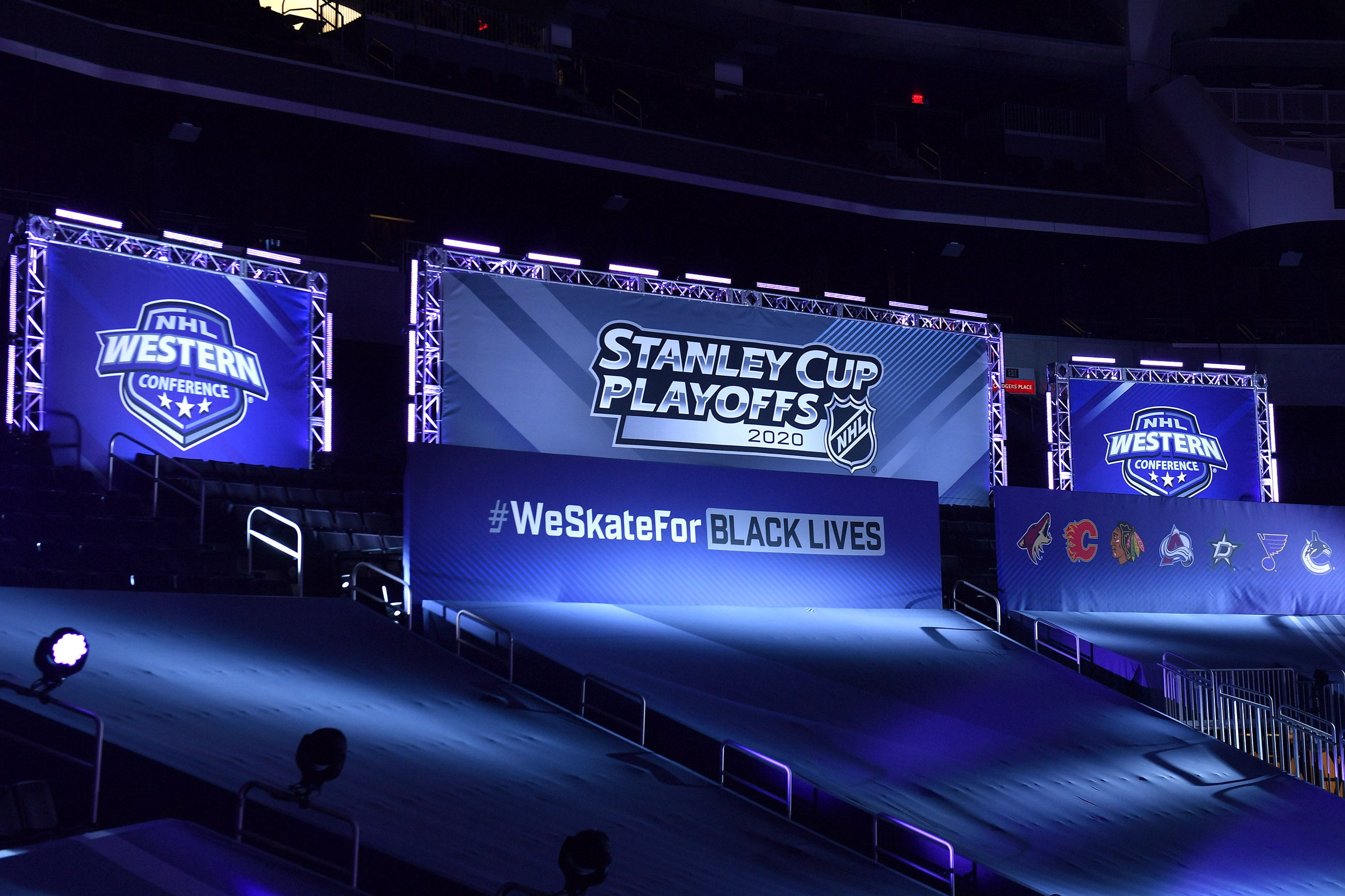 After standing as the only professional sports league to not have its game schedule altered Wednesday in the wake of the police shooting of Jacob Blake, the NHL is set to postpone all of its games Thursday night amid the players’ desire to not play, according to multiple reports.

The Vancouver Canucks were the driving force behind the players’ decision to not play, The Post’s Larry Brooks reports.

The Islanders and Flyers game was already underway Wednesday afternoon when NBA, WNBA and some MLB games were postponed in solidarity with the ongoing racial injustice protests around the country. But the Lightning-Bruins game at 8 p.m. and the Avalanche-Stars game at 10:30 p.m. went on as scheduled.

Before the Bruins and Lightning played, the league held a moment of reflection with video screens reading “End Racism.” ESPN reported that there was another pregame ceremony scheduled for the Avalanche-Stars game in Edmonton, but it did not take place.

According to TSN, the NHL Players Association conducted a call to discuss the “growing sense of players favor postponing [Thursday’s] games.”

The imminent decision will postpone Game 3 for the Islanders-Flyers and Golden Knights-Canucks series. Kane and the Wild’s Matt Dumba, also a founding member of the HDA, had heavily criticized the NHL for going ahead with games Wednesday and called for the league to do more to address racial injustices.

“NHL is always last to the party on these topics,” Dumba told Sportsnet 650 in Vancouver on Wednesday. “It’s kind of sad and disheartening for me and for members of the Hockey Diversity Alliance, and I’m sure for other guys across the league. But if no one stands up and does anything, then it’s the same thing. That silence. You’re just outside, looking in on actually being leaders and evoking real change when you have such an opportunity to do so.”