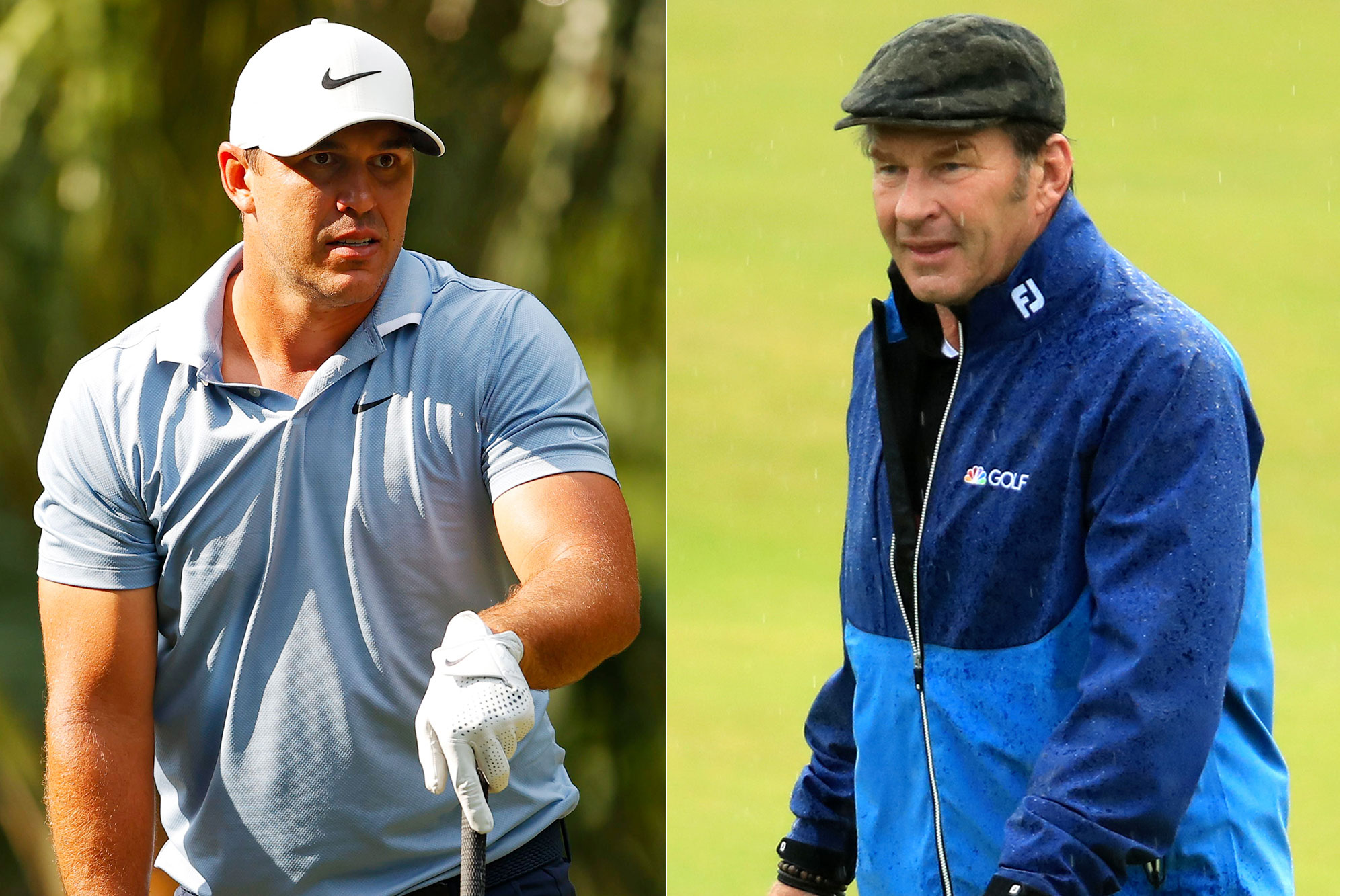 Nick Faldo opted not to “shut up and listen,” just so viewers of the Travelers Championship could be reminded of Brooks Koepka in a thong.

The golf analyst continued his feud Thursday with the world’s No. 4 golfer, a week after Koepka threw cold water on the idea of players being mic’d up for TV.

“If the announcers would just shut up and listen,” Koepka said, “you could hear every word that we’re talking about.”

Koepka wasn’t even playing Thursday — after withdrawing out of an abundance of caution following his caddie testing positive for COVID-19 — but Faldo didn’t miss a chance to take a dig at him anyways.

“Tim Wilkinson took the place of the great Brooks Koepka, which was sad for Brooks to miss out,” Faldo said during the Golf Channel broadcast as Wilkinson was putting for a birdie on the 18th hole. “I was looking forward to hearing some more fascinating stuff from him today, but unfortunately he wasn’t around this week.

“I know he’s watching at home, guys, because he loves listening to we analysts and our scintillating insights. He’s probably poolside in his thong, you know, enjoying himself.”

The 30-year-old Koepka was spotted in a thong back in January of 2019 while on vacation with girlfriend Jena Sims.

It wasn’t the first time Faldo had traded jabs with Koepka after his comment about announcers shutting up and listening. During last Friday’s RBC Heritage, Faldo got quiet after Koepka hit his tee shot on the 18th hole.

“He told we announcers to shut up. Let’s see here what he has to say about that one,” Faldo said.

The boom mic did not pick up Koepka saying anything.

Koepka had an answer later on Twitter, retweeting a video highlight of him driving the green to set up a three-foot eagle putt.

“Fascinating stuff out there…” Koepka wrote.