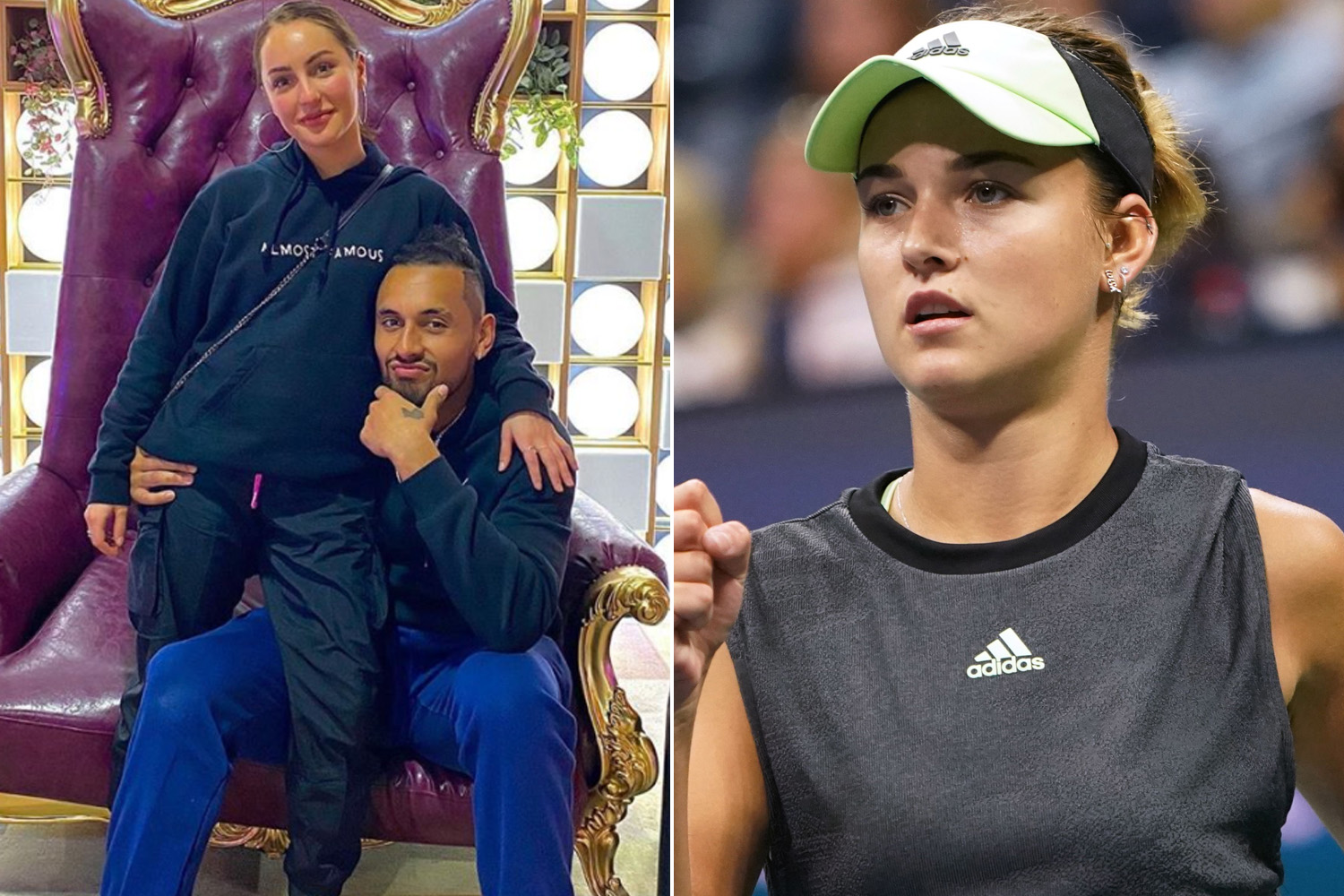 Take Nick Kyrgios, who learned that lesson in an awkward fashion on Thursday, when an ex-girlfriend became an unexpected topic of discussion on an Australian broadcast, according to News.com.au.

“Nick, you look incredibly happy, the happiest I’ve ever seen you and I do like looking at your Instagram … seems like someone else is making you happy. How are things — can I ask how are things with Anna? Is it all cool?” Channel 9 host Karl Stefanovic asked Kyrgios, referring to his former love, Anna Kalinskaya.

Kyrgios, 25, was naturally caught off guard and confirmed there’s a new lady in his life.

“Oh, geez! No, I’ve actually got a new girlfriend, mate. You’ve just thrown me under the bus on live television,” the Australian athlete said.

Earlier this summer, Kyrgios — whose split from Russia’s Kalinskaya was confirmed in May— posted photos of himself with brunette Chiara Passari. He captioned the Instagram pics, “Happiness is found.”

“You’d love her, mate. Don’t get too jealous,” Kyrgios said Thursday. “Incredibly happy obviously this time. It has been awesome just actually spending time with my family. I haven’t seen them in a while. It is good seeing them. My sister is back home as well and I just had a lot of things I had to change the last couple of months. It’s all going on track and obviously lucky enough to have met her and she makes me incredibly happy. Moving forward, I’m happy with her.”

In a post from late July, Kyrgios wrote, “Best friend vibes (I love you tho),” alongside snapshots with Passarri.

Kyrgios was previously linked to 21-year-old Kalinskaya, who told fans in an Instagram Live that the two “aren’t friends.”

“We broke up. We aren’t friends. I understand you are his friends and it’s cool but I’m not going to talk about him. Have some respect for me as well please,” she said in May.

Prior to his romance with Passari, Kyrgios revealed he’s regularly intimate with fans when single.