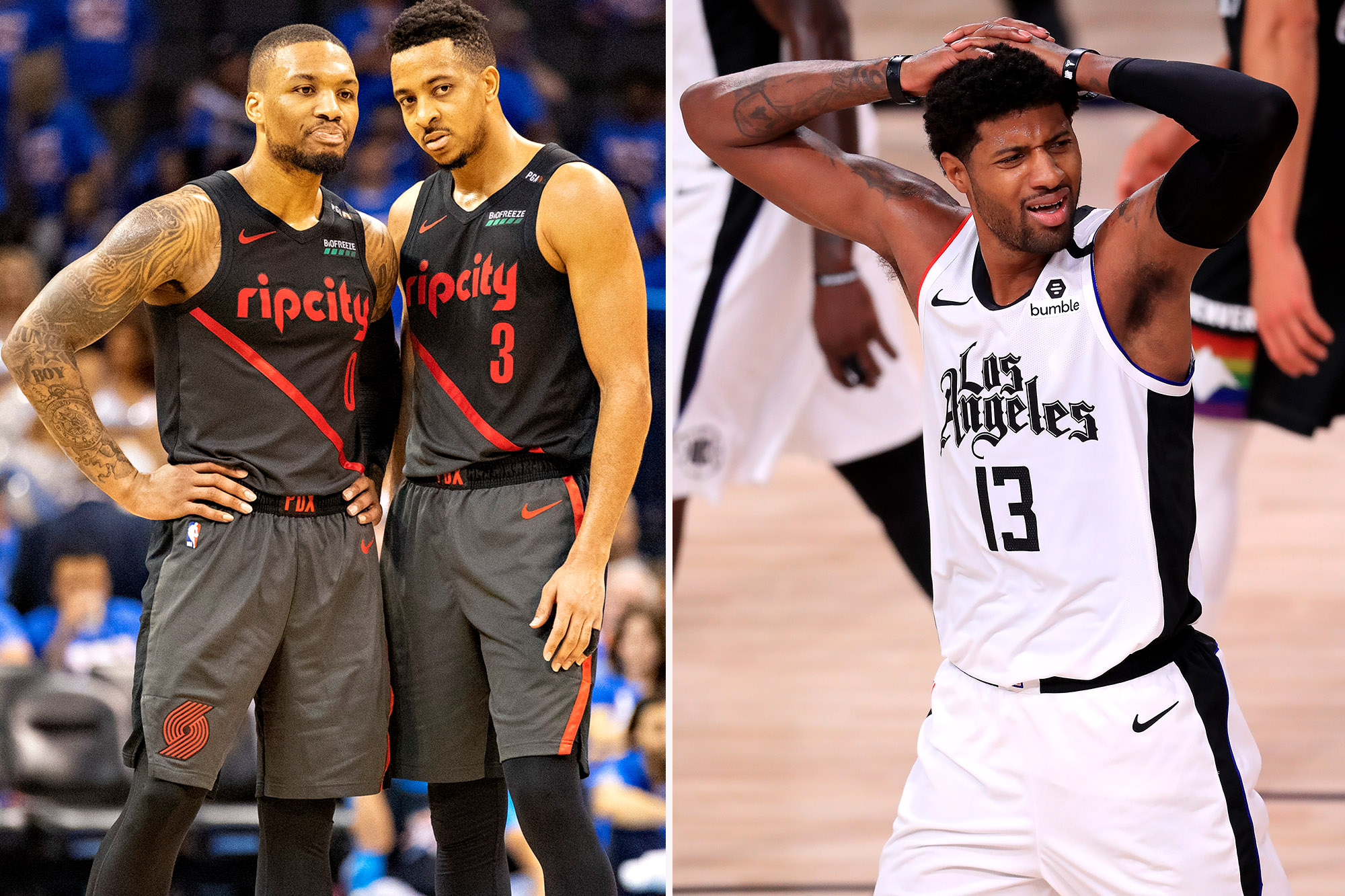 NBA Twitter lit up on Tuesday night after the Nuggets completed their stunning comeback from a 3-1 deficit against the Clippers.

And the chorus of Clippers hate was led by Blazers stars Damian Lillard and CJ McCollum with Patrick Beverley and Paul George the main targets for the sharpshooting guards.

The rivalry between the teams escalated last month in the NBA bubble after George taunted Lillard for missing late free throws in a seeding game. Then, just as now, the hate spilled onto social media.

It was a particularly rough NBA bubble experience for George, whose inconsistent play is one of the main reasons the Clippers are leaving Disney World and headed in the direction of Disney Land. That continued on Tuesday night when George shot 4-of-16, including 2-of-11 on 3-pointers, to finish with 10 points.

One particular shot caught Lillard’s eye, remarking “looks good to me” when the clip was sent his way.

McCollum may have landed the most sinister blow, though, calling back to the Clippers voting to leave the NBA bubble following the police shooting of Jacob Blake in Kenosha, Wisconsin.

My last tweet before I finish this glass. They did vote they ain’t wanna play no more. . . But I didn’t think they was gonna go out like that 😂