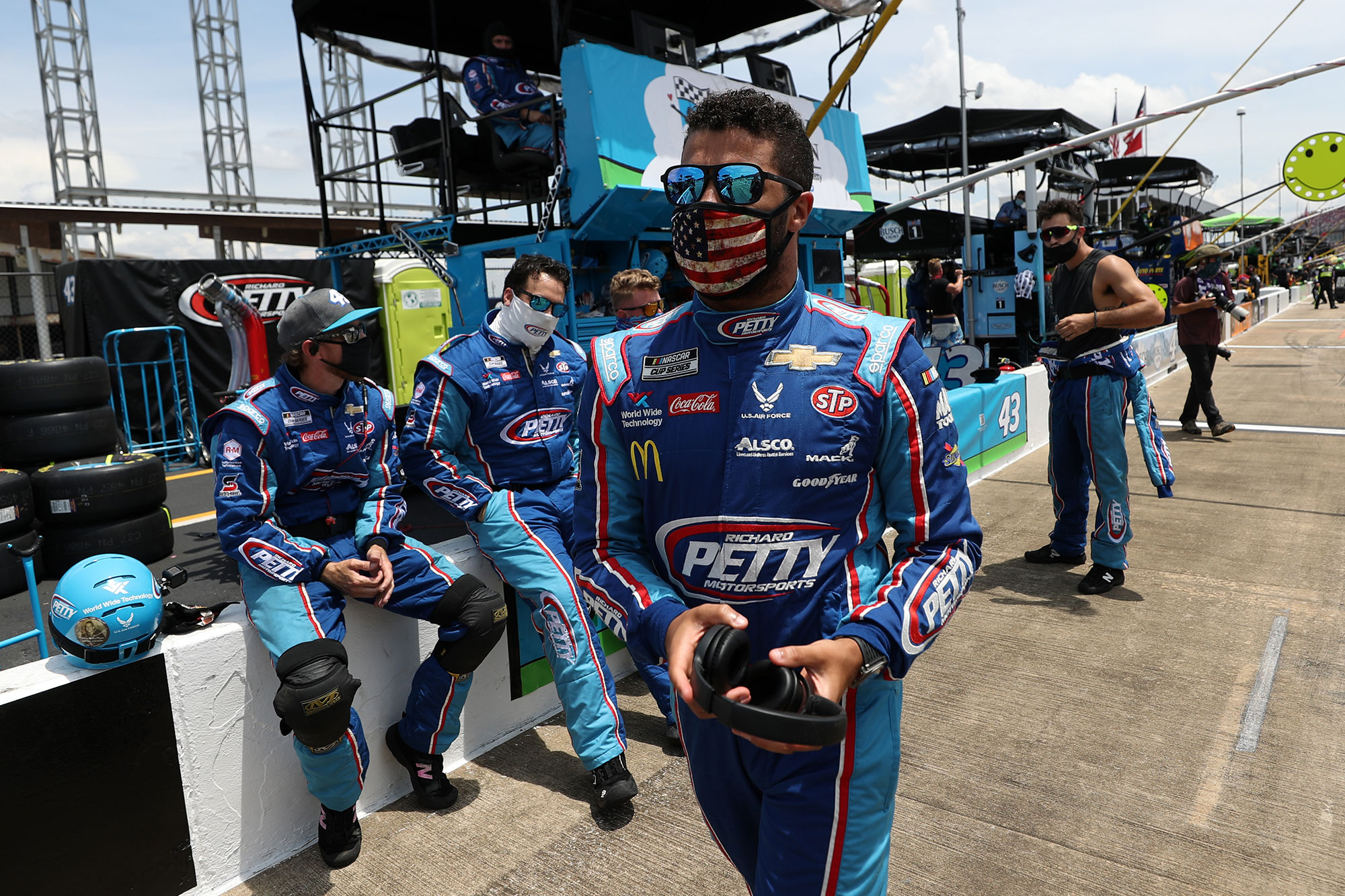 A noose found in the garage stall assigned to NASCAR driver Bubba Wallace Sunday at the Talladega Superspeedway had been there since October 2019, meaning the circuit’s only full-time black driver was not the victim of a hate crime, the FBI concluded Tuesday.

“Although the noose is now known to have been in garage number 4 in 2019, nobody could have known Mr. Wallace would be assigned to garage number 4 last week,” the FBI said in a statement.

The FBI said it would not be pursuing federal charges. It deemed the object was a garage door pull rope fashioned like a noose.

Many had thought the noose represented a hate crime against the 26-year-old Wallace, who two weeks ago led the charge for NASCAR to ban Confederate flags at all events and on its properties.

The race at Talladega Superspeedway was postponed Sunday, and dozens of drivers pushed Wallace’s car to the front of the field before the race took place Monday in an act of solidarity.

”I’m proud to stand where I’m at. … This sport is changing,” Wallace said afterward. “The deal that happened [Saturday] I wanted to show whoever it was, you are not going to take away my smile.”

NASCAR in a statement Tuesday said, “We appreciate the FBI’s quick thorough investigation and are thankful to learn that this was not an intentional, racist act against Bubba. We remain steadfast in our commitment to providing a welcoming and inclusive environment for all who love racing.”

The noose is seen as a symbol of hate and a reference to historical lynchings of African-Americans.