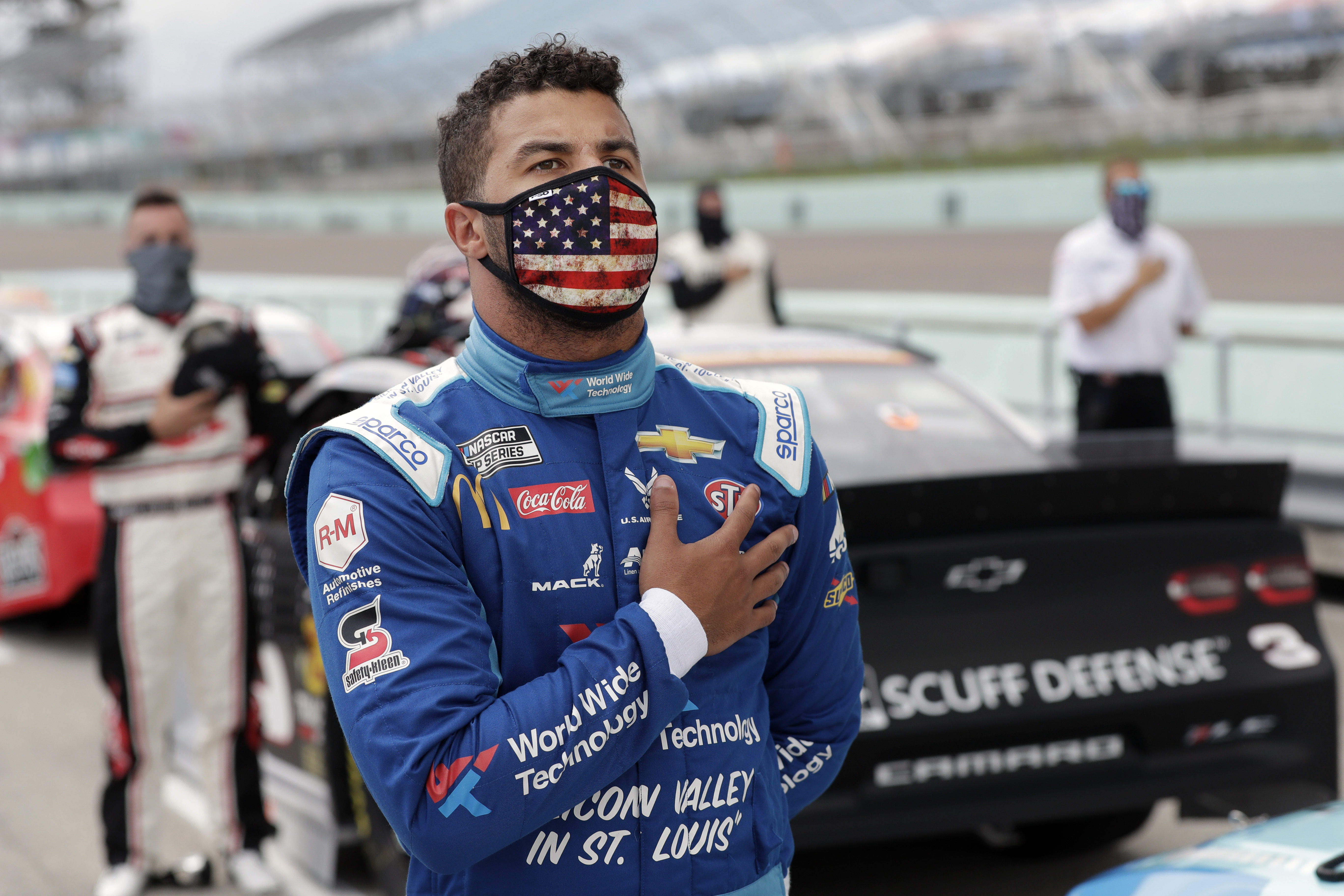 A noose was found Sunday inside the Talladega Superspeedway garage stall of NASCAR driver Bubba Wallace — the circuit’s only full-time black driver who led the charge to ban Confederate flags at racing events.

NASCAR said they launched an investigation into the incident at the Alabama racetrack, where Sunday’s planned Geico 500 was postponed until Monday due to inclement weather.

“We are angry and outraged and cannot state strongly enough how seriously we take this heinous act,” NASCAR said in a statement.

“As we have stated unequivocally, there is no place for racism in NASCAR and this act only strengthens our resolve to make the sport open and welcoming to all.”

Two weeks ago, Wallace successfully pushed for NASCAR to ban the Confederate flag at its tracks and properties.

The 26-year-old driver addressed Sunday’s incident in a statement posted to Twitter: “Today’s despicable act of racism and hatred leaves me incredibly saddened and serves as a painful reminder of how much further we have to go as a society and how persistent we must be in the fight against racism,” he said.

“This will not break me, I will not give in nor will I back down. I will continue to proudly stand for what I believe in.”