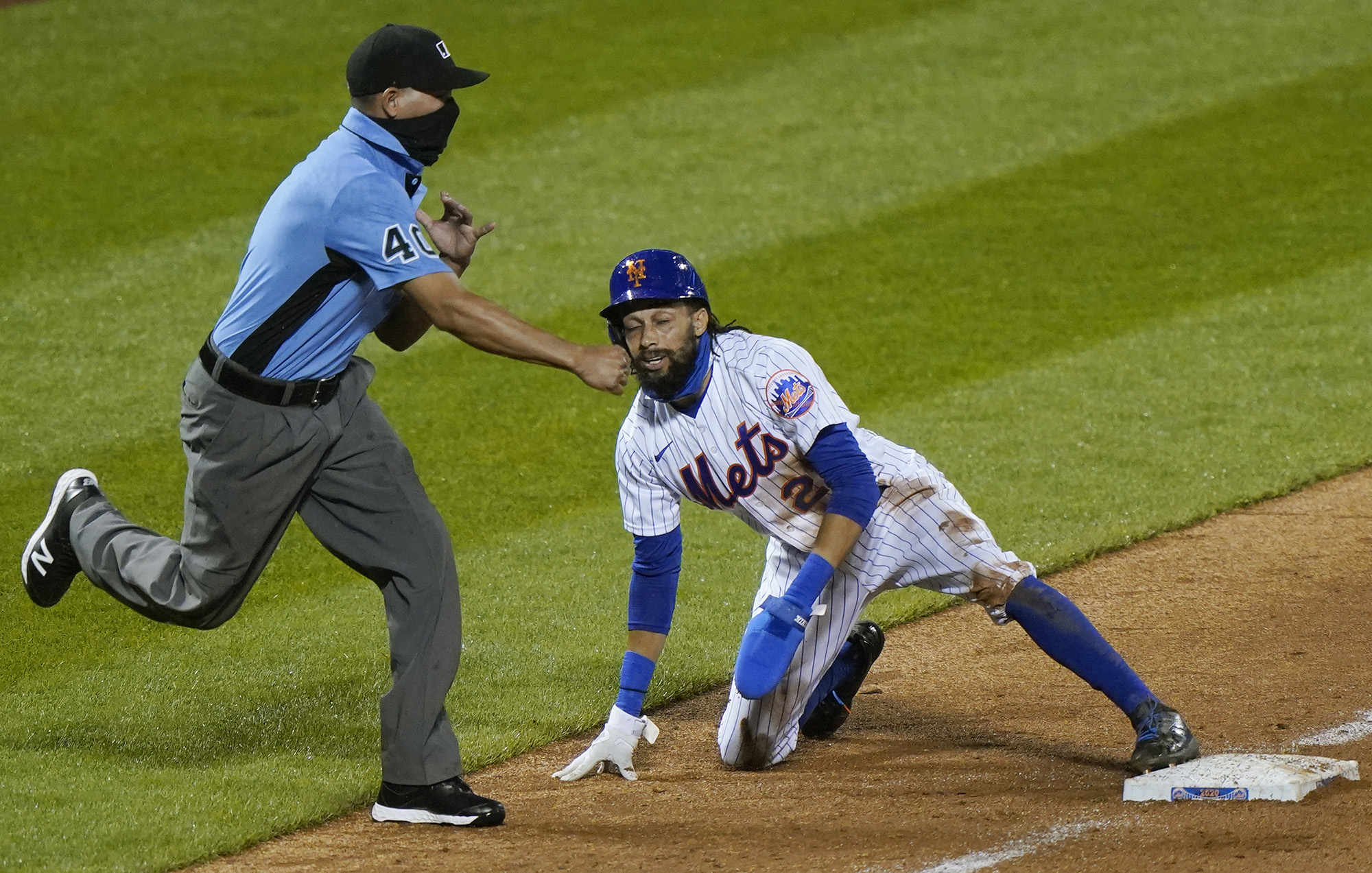 Billy Hamilton’s value to the Mets is tied largely to his base-running, but there’s smart and not-so-smart.

The Mets outfielder was guilty of the latter Thursday, getting thrown out attempting to steal third base (with nobody out) in the ninth inning against the Yankees. Hamilton had just been balked to second base by Aroldis Chapman a pitch earlier.

“It was the second time [Hamilton] has been overly aggressive in a situation similar to that one,” manager Luis Rojas said following the Mets’ 9-7 victory in 10 innings. “He and I had a conversation. After the game we had a chance to talk. Billy goes into the game and Billy Hamilton has got the experience of stealing many bases and his speed is a game-changer.”

In a game in Philadelphia this month, Hamilton was thrown out trying to reach third after the throw to second on his stolen-base attempt was late and rolled away from the infielders. Didi Gregorius picked up the ball and nailed Hamilton at third.

J.D. Davis homered on Thursday after Hamilton was thrown out to tie it 7-7.

“You are at second base with nobody out and you have J.D., [Michael] Conforto and [Todd] Frazier coming up in that order with a one-run deficit,” Rojas said. “That is something, you have got to let the guys hit in that situation.

“It’s just not good baseball at the time.”

The veteran left-hander has specialized in keeping the team competitive after a starter flops, and Thursday he was at it again, firing 2¹/₃ shutout innings after Robert Gsellman cratered.

A former Yankees reliever who arrived on a minor league deal, Shreve has pitched to a 2.04 ERA in nine appearances this season. In seven of his appearances he has pitched at least two innings.

Seth Lugo and Jacob deGrom will start Saturday and Sunday against the Phillies, after Rick Porcello opens the series Friday. Lugo and deGrom will both be pitching on an extra day of rest. Rojas indicated there is a strong possibility David Peterson will return to the rotation next week against the Orioles, but that hasn’t been finalized. Peterson pitched four shutout innings in relief Wednesday in Baltimore after Michael Wacha struggled.