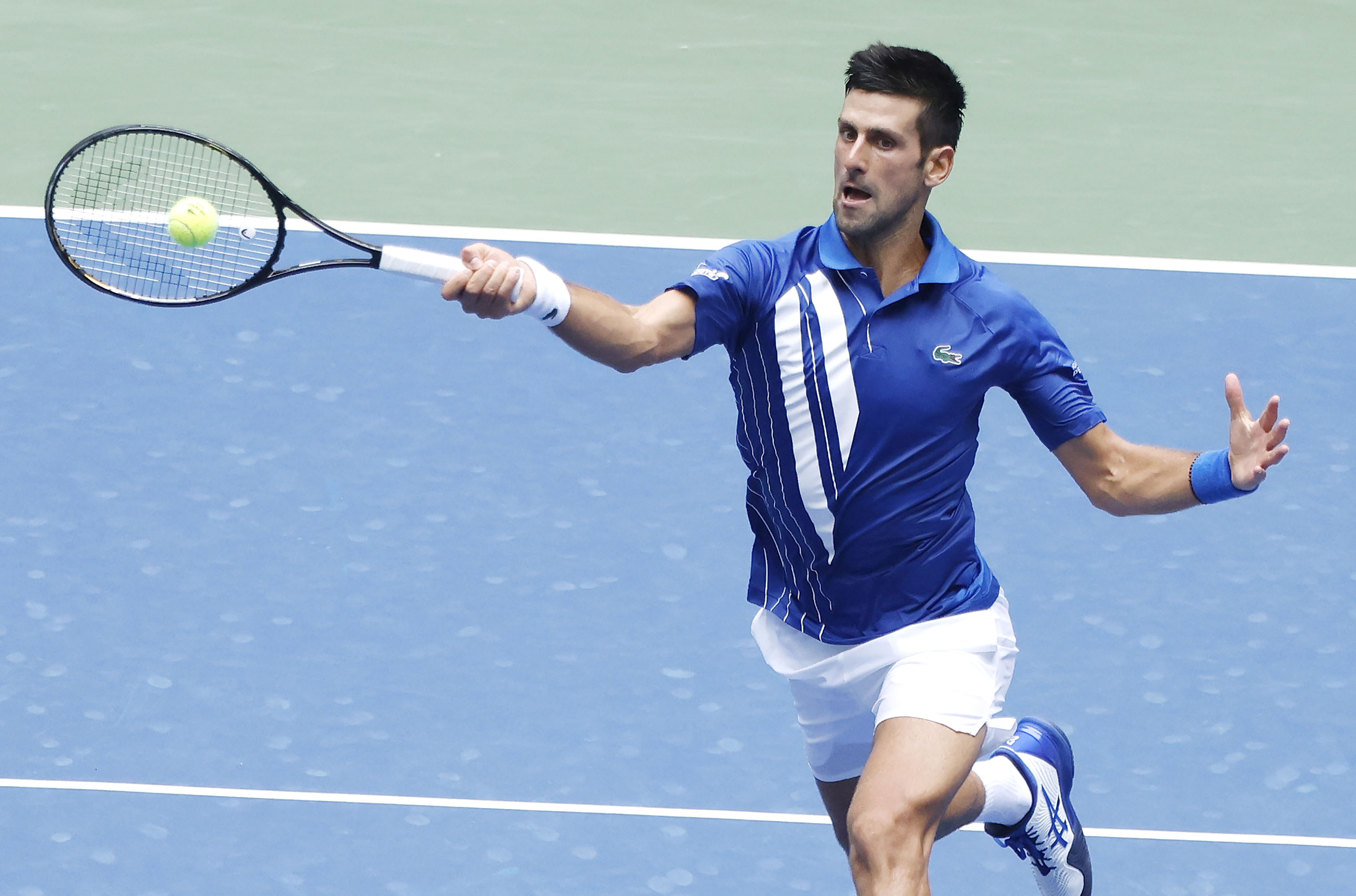 No offense to the Long Island Marriott, but Novak Djokovic didn’t want you.

Djokovic is one of only a couple of men’s players to rent a house during the U.S. Open because he was willing to pay the $60,000 for 24-hour security to ensure he followed bubble rules.

It’s certainly working. After winning the Open tuneup on Saturday, he moved onto the third round Wednesday and raised his 2020 record to 25-0.

Almost all of the players are in the hotel by Nassau Coliseum.

“I am really grateful that I have an opportunity to stay in the house,’’ Djokovic said. “As soon as there was a chance for us to choose to be in a house, we took it right away without thinking. I’m glad we did. It’s not the privilege of the top guys or girls. Anyone that wanted to spend money and stay in the house, he or she could have done that. … I know there’s very few players that have chosen to stay in a house, but it is a personal choice.”

Safety reasons and aesthetic reasons made it a no-brainer. Djokovic nearly skipped the Open because of concerns about traveling from Europe and not being able to fly back for the French Open in late September.

He’s the only one of the Big 3 who opted to play as Rafael Nadal begged off and Roger Federer took care of minor knee surgery instead of putting it off until the offseason.

“Being in a hotel, you’re unable to open the window in the room,’’ Djokovic said. “You constantly have to be with a mask indoors, outdoors, everywhere. You can’t really go out, spend time in the garden maybe outdoors. I saw the hotel. The hotel is not in a best position in terms of having nature around. It’s very close to the highway. Most of them are staying there. … But I never spent a second thinking that I can stay in a hotel when I heard that I can have a chance to stay in a house.’’

Against Edmund, Djokovic never feared he couldn’t withstand an 0-1 deficit with his stamina one of the best the sport has ever seen. The Serbian owns 17 Grand Slam titles, trailing Federer by just three.

“The mindset approaching Grand Slams is different from any other tournament,’’ Djokovic said. “For me, I actually like my chances the longer the match goes, especially with someone like Kyle that spends a lot of energy. He’s playing some powerful tennis, serve and forehand, but doesn’t move that well for a long time. I knew that.”

Several seeded women’s players had trouble on Wednesday, most notably ousted No. 1 Karolina Pliskova, but fourth-seeded Naomi Osaka had no such problems.

Osaka, who had her left leg taped after withdrawing from the Western & Southern Open final last week with a thigh injury, cruised past Italy’s Camila Giorgi, 6-1, 6-2, at Arthur Ashe Stadium to move into the third round.

Osaka, the 2018 U.S. Open champion who has yet to drop a set, will meet Ukranian Marta Kostyuk next.

“I think my serve was pretty good,” Osaka said. “I’m really happy with my attitude. I thought I was really positive throughout.”

Taylor Fritz, the men’s 19th seed, weaved his best Open showing as he got to the third round with a tidy straight-set win over French veteran Gilles Simon, 7-5, 6-3, 6-2. The 21-year-old American is one of the country’s best chances of one day competing for a Grand Slam title. … Jack Sock’s time appears to have come and gone. The Nebraskan lost to 32nd-seed Adrian Mannarino 7-6, 7-5, 6-2. … Britain’s Cameron Norrie, who staged a shocking five-set upset in the first round over ninth-seeded Diego Schwartzman, continued to move on with a neater 6-3, 6-4, 6-4 triumph.

Serena Williams will grace the night card Thursday at Arthur Ashe Stadium with a second-rounder versus Russia’s Margarita Gasparyan, ranked 117th. The first match on Ashe on is American-by-way-of-Russia Sofia Kenin, the No. 2 seed who won the Australian Open. She faces Canada’s Leylah Fernandez.