Only one in three Britons are still worried about catching COVID-19, study finds

Britons are slowly becoming less concerned about catching the coronavirus, a study shows.

One in three adults (35 per cent) admit to being currently worried about getting infected with COVID-19, while only 15 per cent say the are ‘seriously worried’.

This shows a marked shift in the public psyche, as at the start of lockdown — almost three months ago — half of Britons were worried they may contract the virus. 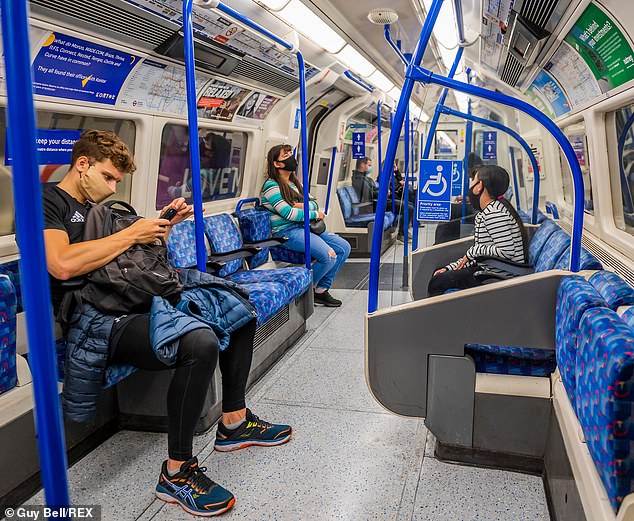 One in three adults (35 per cent) admit to being currently worried about getting infected with COVID-19, while only 15 per cent say the are ‘seriously worried’ (file photo)

UCL is maintaining a social study throughout the course of the pandemic to chart how the people of the UK are coping.

A total of 90,000 people are enrolled in the study and answer a host of questions relating to the coronavirus, including lockdown, the government handling of the crisis and wellbeing – both mental and physical.

Separate studies have shown that the coronavirus is more dangerous to certain demographics, with men more at risk than women, BAME individuals more susceptible to severe symptoms than white people and older people disproportionately affected.

However, concern over catching COVID-19 and becoming seriously ill remains consistent across all age group.

Despite being statistically more likely to die from the disease should they contract the virus, the elderly are not significantly more worried than people in their 20s, the study found. 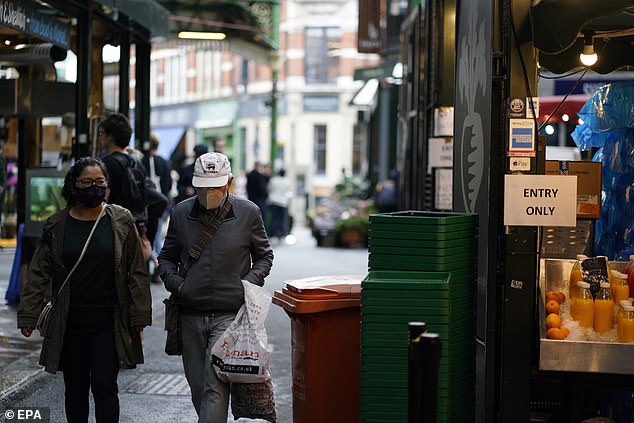 Despite being statistically more likely to die from the disease should they contract the virus, the elderly are not significantly more worried than people in their 20s, found

The ongoing COVID-19 pandemic is causing heightened stress levels among Britons, but the reasons why vary dramatically depending on gender, a new study finds.

According 2,500 UK residents, men’s primary concern is the impact on society and the economy while women worry more about the impact of COVID-19 on loved ones.

In the research, which has been published online as a pre-print but has not yet been peer-reviewed, participants were asked to write down their feelings about the coronavirus situation.

Britons in the study were quizzed on April 6 and 7, when Boris Johnson was in hospital and a day after the Queen gave an unprecedented speech the pandemic.

Each individual answer was categorised into one of several themes, including: ‘national impact’, ‘family and friends’, ‘sickness/death’, ‘health worries’ or ‘other’.

However, concerns are not universal across all groups of people.

For example. people from poorer households and those with diagnosed mental health conditions are more worried.

Statistics show that those from a household with lower income are right to be more concerned, as they are more likely to catch the coronavirus.

Figures from the Office for National Statistics (ONS) found last month that people from poorer areas are twice as likely to die than those from affluent regions.

Between March 1 and April 17, the poorest parts of England saw 55.1 coronavirus deaths per 100,000 population.

Lead author, Dr Daisy Fancourt, said: ‘These data suggest that most people are not very worried about catching Covid-19, even though they are now leaving their homes more.

‘But whilst these worries are still much lower than they were at the beginning of the lockdown, catching the virus is still a bigger stressor amongst those surveyed than finance, potential unemployment, or worries about access to food.

‘Whilst younger people are less at risk from the virus, it’s possible that their worries stem from fears of spreading the virus to others who are older or more vulnerable.’

As well as decreasing levels of worry across the country, the study shows that levels of depression and anxiety continue to fall.

In the first week of June anxiety was lower than at any point in the previous 12 weeks.

Despite this, they are still above the average level recorded before the pandemic emerged.

Other findings from the study show that people in England are less pleased with their government’s handling of the pandemic than people in Scotland and Wales.

One a scale of one (not confident) to seven (lots of confidence), people in England gave their officials a 3.5.

Scotland and Wales graded their government’s as a five and 4.5, respectively.