By Joe Davies For Mailonline

Flemington Mayor Betsy Driver’s post blasting Trump supporters was shared by the New Jersey GOP on Saturday and has since been taken down.

The mayor has refused calls for her to resign, including the Hunterdon GOP Chair Gabe Plumer who called the post ‘shameful’ and ‘insulting’.

In the post, Driver wrote: ‘This is day one of the new SCOTUS term – the religious zealots want to enact the Christian version of Sharia law. 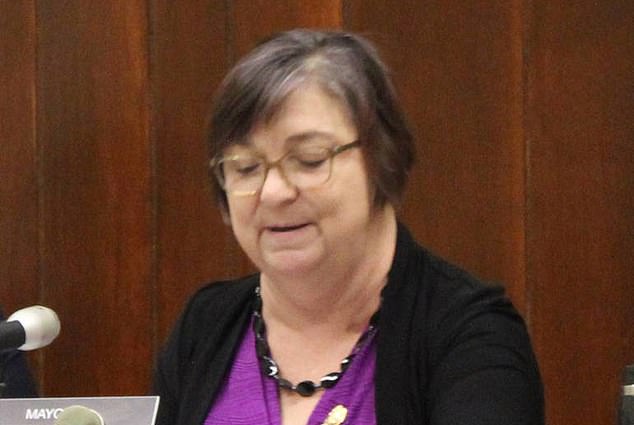 ‘I think we all know she will never step down, but is it too much to ask for her to apologize?

‘Her comments are bigoted and hateful and quite frankly the silence on the left speaks to the character of party leaders like Tom Malinowski and Phil Murphy who lack the courage to stand up to people in their own party.’ 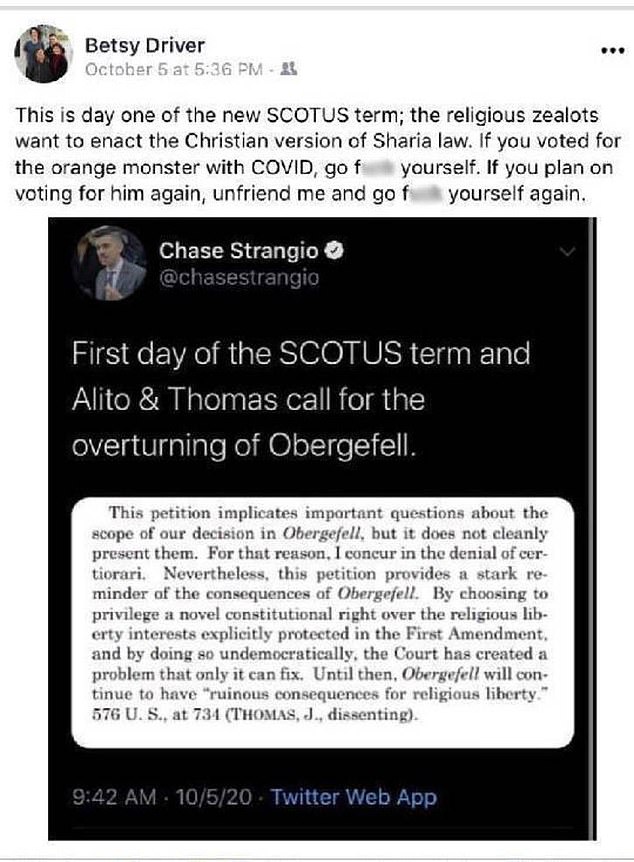 In the post, Driver wrote: ‘If you voted for the orange monster with COVID, go f*** yourself. If you plan on voting for him again, unfriend me and go f*** yourself again’

Hunterdon GOP chair Gabe Plumer said: ‘Your statement is antithetical to the principles of representative democracy.

‘It is further proof that you do not represent the people of Flemington, the character of Hunterdon County, and the values of at least part of the Democrat Party.’

Jack Ciattarelli, a former assemblyman and candidate for New Jersey Governor, tweeted Saturday that he joins ‘Chairman Plumer in calling for Driver’s resignation’. 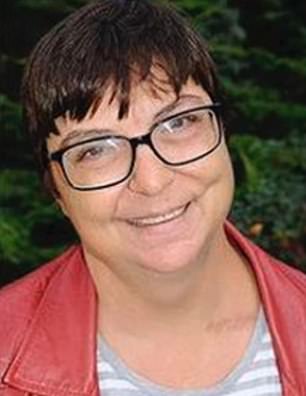 The mayor has refused calls for her to resign, including the Hunterdon GOP Chair Gabe Plumer who called the post ‘shameful’ and ‘insulting’

He wrote: ‘What has become of us? The vitriolic language of Mayor Driver is totally unacceptable.

‘By any elected official, it has no place whatsoever in the public discourse.

‘I join with Chairman Plumer in calling for Driver’s resignation & urge leaders across our state to do the same.’

Flemington Council Vice President Kim Tilly added the mayor’s comments disrespected supporters of Trump and called for the council to censure her.

He said: ‘It’s time the council take action to hopefully prevent Mayor Driver from bringing the wrong kind of attention to an already struggling borough.

‘I am requesting the council censure Mayor Driver.’

On Tuesday, Driver was asked by Nicole Bishop whether she will be resigning in a council meeting.

Driver said: ‘I am not. People can choose not vote for me next time I’m up for election. That is your recourse.’

She has also called the party out for not speaking out against personal attacks and threats she and her family have received since the post.

Driver, who is part of the LGBTQ community, said she posted in reaction to an article about the Supreme Court and criticised the GOP for using a cropped image of her post.

Jack Ciattarelli, a former assemblyman and candidate for New Jersey Governor, tweeted Saturday that he joins ‘Chairman Plumer in calling for Driver’s resignation’

In a statement, she said: ‘The Hunterdon County GOP calling for my resignation by using a cropped image of the original post on my private Facebook page speaks volumes to their ongoing dishonesty and duplicity.

‘That they are that triggered and clutching their pearls over my being upset and angry at the threats to my LGBTQ family by a Supreme Court enabled by their support of a president who is hate-filled and unhinged every day is sad.

‘It reflects their privilege that refuses to acknowledge America’s diversity and their own intolerance of anyone who disagrees with them.

‘By not calling out their own supporters who are now resorting to personal attacks and threats on me and my family just shows how depraved the Hunterdon GOP has become.’

A man who describes himself as a former business partner of Hunter Biden says he heard him and his father, Joe Biden, discuss...
Read more
U.S

Stunning images taken from the historic OSIRIS-REx mission show the moment the spacecraft touched down on the asteroid Bennu more than 200 million...
Read more
U.S

Journalist Jason Whitlock says President Trump is gaining 'clear momentum' with black male voters in the lead-up to the election. The sportswriter, 53, made...
Read more

Government will take the 'earliest opportunity' to consider the return of...
Read more

COVID symptoms: The seven signs you could be suffering from ‘long-Covid’

As the tumultuous months have tumbled on since the first national lockdown in March 2020, more has been discovered about the SARS-CoV-2 coronavirus....
Read more

Kate Garraway cuts off Good Morning Britain co-star: ‘Had enough of you!’

Kate interjected: “Come on you must have loads of cardboard boxes in your house you get lots of things ordered.”“I never did Blue...
Read more
Load more

Government will take the 'earliest opportunity' to consider the return of...

COVID symptoms: The seven signs you could be suffering from ‘long-Covid’