‘Good luck getting this guy out of the team’: Owen Hargreaves raves about Axel Tuanzebe and calls for him to become a starter under Ole Gunnar Solskjaer after keeping Kylian Mbappe and Neymar quiet in his first game in TEN MONTHS

The 22-year-old had been a surprise inclusion, having not featured for United in 10 months, but he more than repaid the faith shown in him by Ole Gunnar Solskjaer.

Tuanzebe didn’t put a foot wrong all game and was arguably the best defender on the pitch. On this showing, many feel he deserves a chance to become a regular starter. 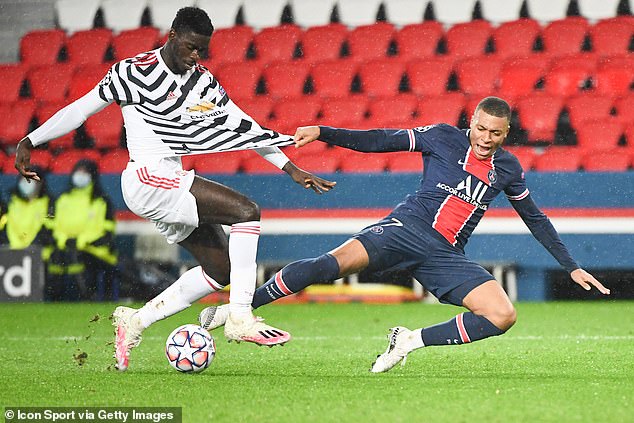 BT Sport pundits were waxing lyrical about him at the full-time whistle after his inspired performance played a major role in United’s deserved 2-1 win at the Parc des Princes.

‘I love him,’ Owen Hargreaves said. ‘Good luck getting this guy out of the team. To be fair he is a good athlete, he makes good decisions, physically he has a presence, he wasn’t fazed by Mbappe or Neymar, I think he grew into the occasion.

‘Scott McTominay put in a top performance here a couple of years ago, this young man is not getting out the side, if you can have this athleticism in these positions (when he knocked Mbappe off the ball) then you have something special.’ 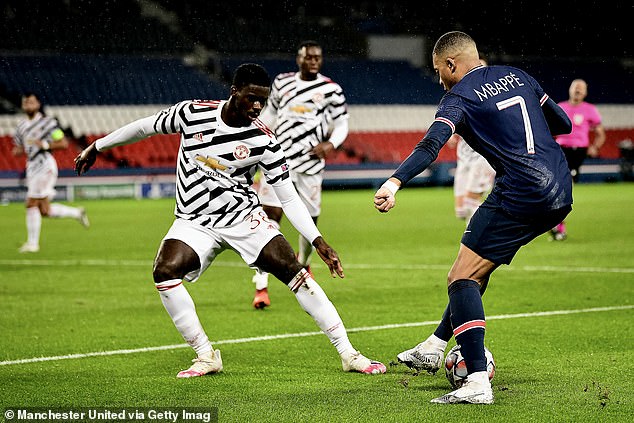 Centre-back has proven to be a problem position for Solskjaer, who is yet to establish his best pairing having already experimented with Victor Lindelof and Eric Bailly alongside Maguire this season.

He said: ‘This is where Man United have struggled in the last six to 12 months, in them areas, chasing players down the channels, they can’t stay with them and then that opens up the back four or back three. 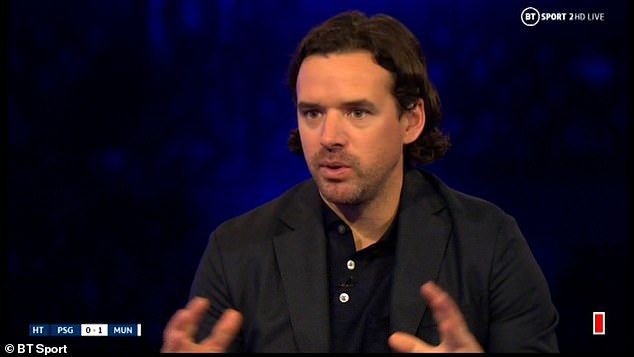 ‘But he was smelling danger. Ole just said he faced two of the best strikers in the world, he snuffed out danger many a time today, you have to reward performances like that.

‘He has had a hard time with injury, but again first game in 10 months, to come in and play like that out of the cold, you deserve to be rewarded but Ole is the man to make that decision ‘

The United boss was too complimentary of his young defender after goals from Bruno Fernandes and Marcus Rashford ensured United got their Champions League campaign off to the perfect start.

Solskjaer added: ‘We know Axel’s qualities, he is a top defender. That was his first game in 10 months, so that performance is testament to the quality he has.’ 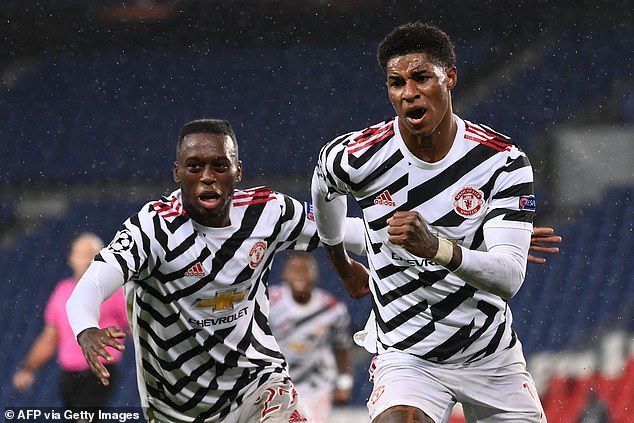 Should Tottenham fans be worried about Gareth Bale's lack of action under Jose Mourinho?

Tottenham fans have been hit with a slight reality check following the return of prodigal son Gareth Bale, who is yet to hit...
Read more

Covid test: Can you get a Covid test without symptoms? Who is eligible?

The Queen wore a rarely seen diamond and ruby brooch she received as a wedding gift for a call with Commonwealth leaders days...
Read more

Covid test: Can you get a Covid test without symptoms? Who...