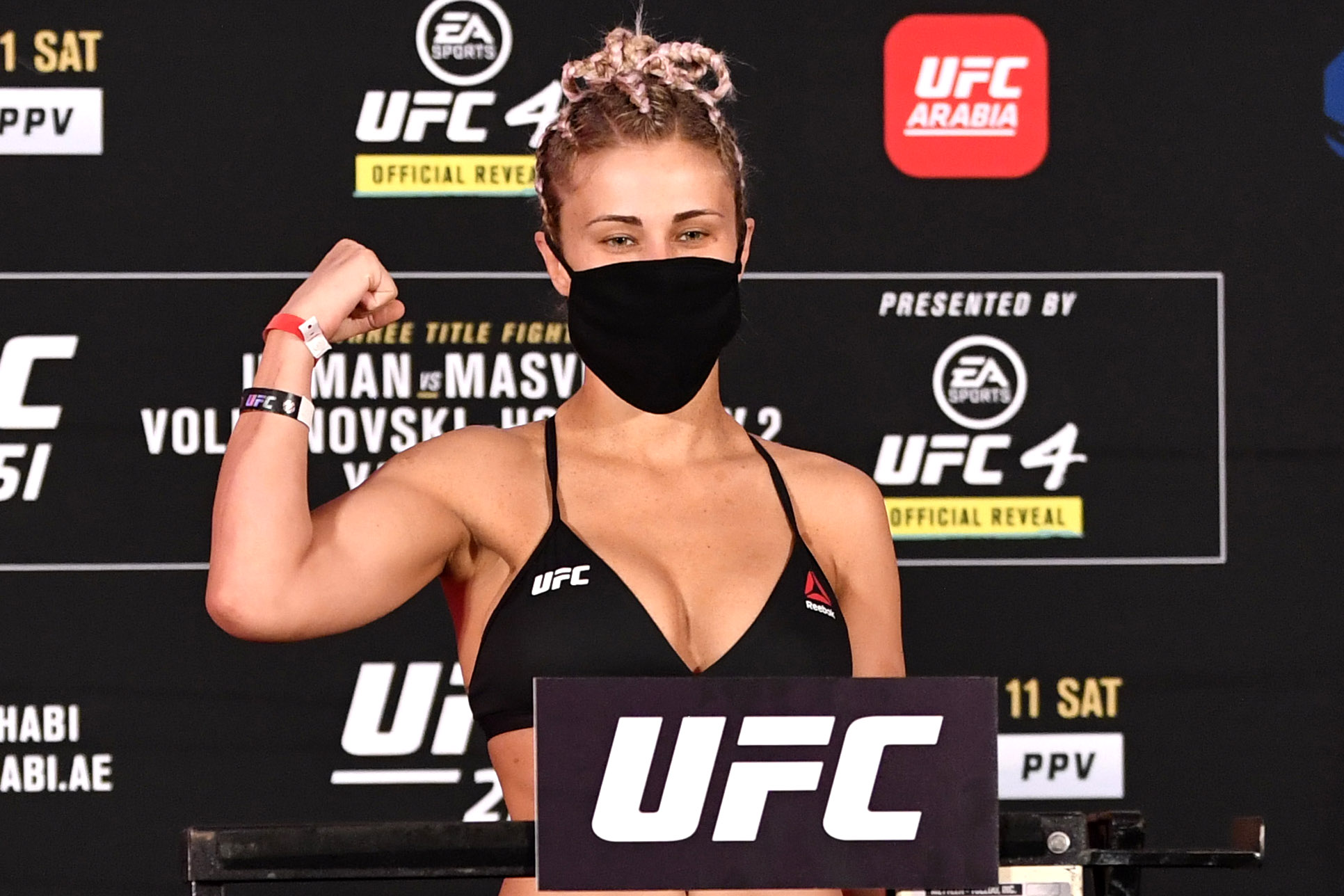 Paige VanZant has shared snaps of her Las Vegas holiday as she closes in on a deal with the Bare Knuckle Fighting Championship.

The 26-year-old was humbled in the first round by Amanda Ribas on her return to UFC on Fight Island. It marked the final fight in her contract with Dana White’s company.

The UFC president has since urged VanZant to test out different promotions and she has since attracted interest from Bellator. But 12 Guage may be set to switch lanes by competing in the brutal Bare Knuckle boxing.

VanZant is currently on vacation in Las Vegas with her husband Austin Vanderford, meaning any response to an offer is likely on hold until she returns.

The social media star sent fans wild with a series of stunning snaps posing up a storm in a pink bikini. She also posted several pictures of herself in a close embrace with fellow MMA ace Vanderford.

VanZant recently revealed that she will postpone surgery on her arm to sign a deal to return to action. She was dominated by the Brazilian Ribas from start to finish, and tapped out in the first round of their fight earlier this month.

“I’m sad about the way it went,” VanZant said about her contract ending. “For the first time in my life, I finally realized the losses definitely don’t define you. Maybe I did have to hit rock bottom. It’s just going to make my comeback story that much greater coming off a loss and an arm injury. And I have ten-plus years to fight and show off how good I am.”

After the defeat, White said VanZant “got smoked” and should “definitely test free agency.”

Despite White’s public rebuke, VanZant admitted she hasn’t completely ruled out staying with the UFC.