Home U.S Palantir is working with government to track distribution and administration of COVID-19...
U.S

Peter Thiel’s secretive data-mining firm Palantir is working with the federal government to track the manufacture, distribution and administration of COVID-19 vaccines across America, according to health officials.

State and local health officials told the Wall Street Journal Palantir, one of the world’s biggest surveillance companies, has been developing a software called Tiberius to help authorities decide where to allocate vaccines.

The system will be able to show officials which areas have a high presence of vulnerable and elderly people or frontline healthcare workers so that shots can be prioritized to these areas first, officials explained.

Palantir has worked with the US government on several high-profile contracts in the past including helping the military track down Osama bin Laden and currently tracking COVID-19 hospitalizations across the country.

However, the company has been slammed by human rights groups over controversial programs including helping Immigration and Customs Enforcement track down illegal immigrants and a law enforcement tool used by the LAPD to track personal details of anyone who has ever come into contact with the police – including victims or bystanders.

Democrat lawmakers have also voiced concerns over the apparent all-seeing access to sensitive personal and government information granted to the private company which was founded by avid Trump supporter Thiel.

A spokeswoman for the Department of Health and Human Services told the Journal Palantir is acting as a subcontractor and insisted the company will not have access to sensitive personal data. 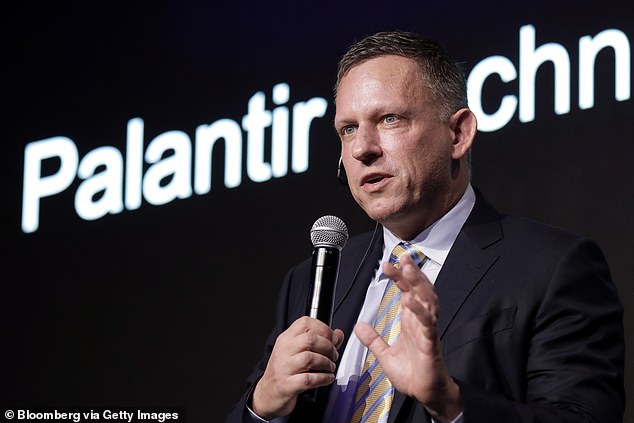 Peter Thiel’s secretive data-mining firm Palantir is working with the federal government to track the manufacture, distribution and administration of COVID-19 vaccines across America, according to health officials. Thiel pictured in 2019

Tiberius will take data from federal agencies, state and local governments, and drugmakers, distributors and others involved with coronavirus vaccines and ‘integrate a wide range of demographic, employment, and public health data sets to identify the location of priority populations’ to get the vaccine, according to a Palantir document seen by the Journal.

Local officials can then use this data as well as data on COVID cases to decide where to distribute the vaccines, allocate doses and then track their delivery to hospitals, the documents state.

The tool will build on an existing partnership between Palantir and the government to track COVID-19 hospitalizations through its HHS Protect system.

The HHS said Tiberius is built on the same software as HHS Protect and was named after Captain Kirk from ‘Star Trek’ whose middle name is Tiberius.

The HHS Protect software uses Palantir’s Foundry tool which is also used to direct food to areas that need it most for the US World Food Program. 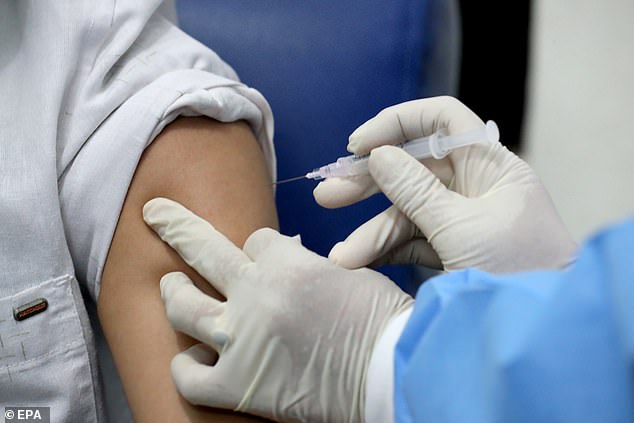 State and local health officials told the Wall Street Journal Palantir, one of the world’s biggest surveillance companies, has been developing a software called Tiberius to help authorities decide where to allocate vaccines

Palantir’s involvement is likely to spark concerns from critics about the company gaining access to the personal health data of Americans.

Democrats and some health experts have criticized HHS Protect, warning the Trump administration could use the system to downplay the devastation wrought by the coronavirus pandemic.

In July, Senator Elizabeth Warren and other Democratic lawmakers sent a letter to Secretary of Health and Human Services Alex Azar demanding answers over what Palantir was planning to do with the data collected through the HHS system.

However, the HHS said no personally identifiable information will be brought into Tiberius.

Claire Hannan, executive director of the Association of Immunization Managers, reiterated this message, telling the Journal the software will not have access to sensitive health information.

News of Palantir’s involvement in tracking the vaccine comes days after the Wall Street Journal reported that pharmaceutical companies and health authorities fear criminal rings will try and steal a COVID vaccine when it is being given to prioritized groups like healthcare workers and before it is made publicly available.

The journal reported that pharma companies are planning to prevent theft of the life-saving healthcare by storing COVID-19 vaccines in secret locations and deploying GPS software to track distribution.

Pfizer Inc. is among the vaccine makers that will have GPS software on shipments and that is planning to carry out fake shipments in dummy trucks in a bid to confuse any potential thieves. 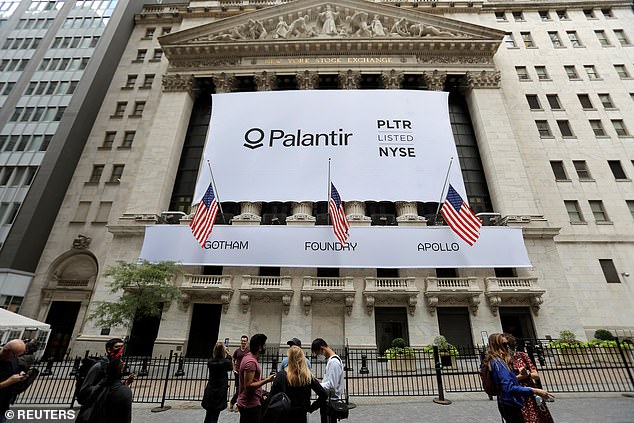 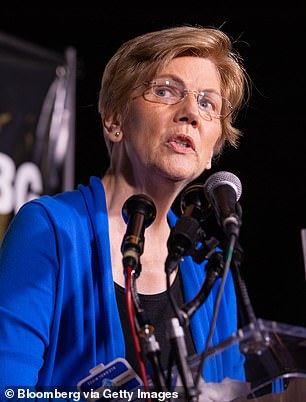 In July, Senator Elizabeth Warren (pictured) and other Democratic lawmakers sent a letter to HHS demanding answers over what Palantir is doing with sensitive data

Moderna said it has enhanced security while Corning said it will fit its vials with black-light verification to stamp out potential fake treatments.

There are also a number of other safeguards being considered across the country to protect the vaccine.

Manufacturers in some states plan to ship the vaccine straight to hospitals and other approved sites to prevent road stops.

Empty dummy trucks and GPS locators are also an option while some hospitals are increasing security within their pharmacies.

Philadelphia’s Jefferson Health hospital system has already committed to installing security cameras, cages and keypad authorizations for freezer rooms where the vaccine will be stored.

Healthcare giants are currently racing to be the first to get a COVID-19 vaccine approved and on the market.

Pfizer, Moderna and AstraZeneca could provide early analyses of late-stage trials of their experimental vaccines as early as this month or the next.

The FDA earlier this month told coronavirus vaccine developers it wants at least two months of safety data before authorizing emergency use, a requirement that likely pushes any US vaccine availability past the presidential election.

More than 222,000 Americans have died from the virus and 8.3 million have been infected.

Thiel founded the company back in 2003 with the help of CIA seed money and rumors had been building for some time that it was about to go public. 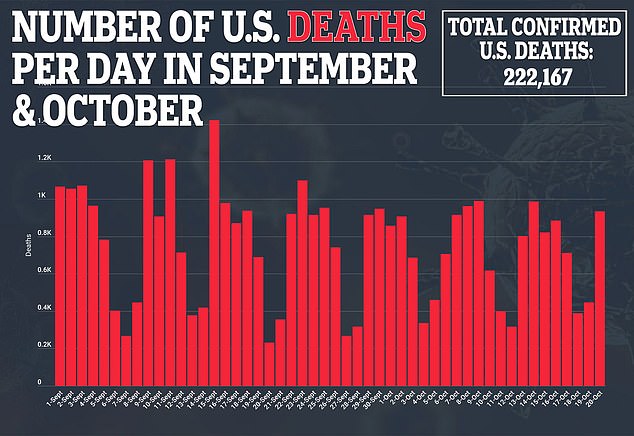 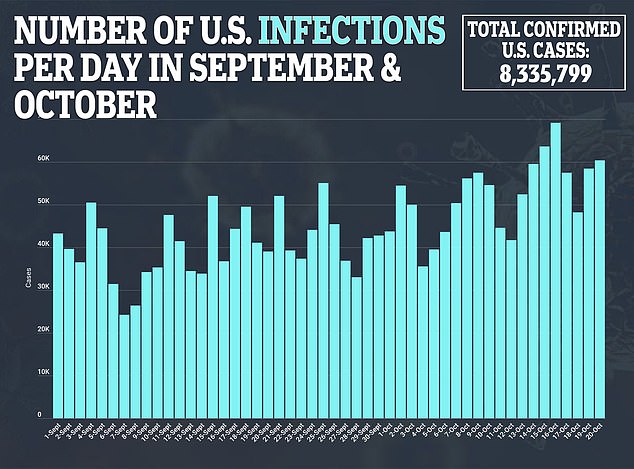