An invasive species of sea lamprey, sometimes called a ‘vampire fish,’ has taken up residence in a freshwater lake in Vermont, hundreds of miles away from its natural habitat in the Atlantic Ocean.

The sea lampreys are described as a ‘nuisance species’ by the Vermont Fish & Wildlife, and survive by parasitizing other fish, attaching to their bodies and sucking out blood and other body fluids for sustenance.

State officials say they have contained the most threatening sea lamprey population in Lake Champlain near the Canadian border. 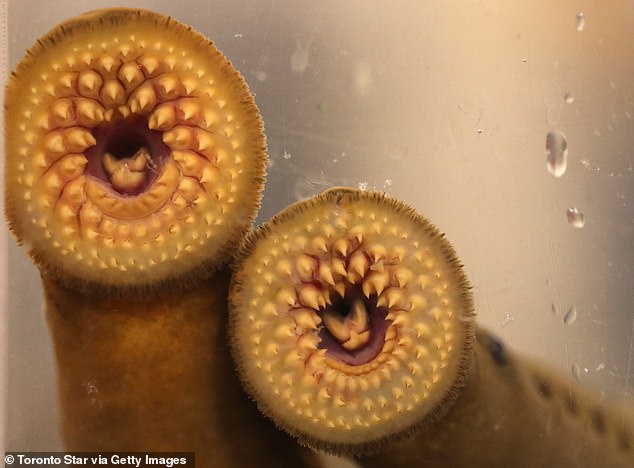 A second species of less threatening sea lamprey has also been documented more widely around the state, especially in the Connecticut River and its tributaries, according to a Miami Herald report.

State officials say that unlike the Lake Champlin lampreys, the lampreys found in the state’s rivers pose no real threat to other fish population and actually play an important role in maintaining the state’s ecosystems.

‘Sea lamprey are native to the Connecticut River basin and play a vital role in the ecosystem,’ Vermont Fish & Wildlife’s Lael Will said in a Facebook post.

‘If you happen to see a spawning sea lamprey or a lamprey carcass, don’t be alarmed. The fish provide a number of important ecological benefits and are considered a Species of Greatest Conservation Need in both Vermont and New Hampshire.’

These lampreys spawn in substantial numbers in the spring every year, but most die shortly after spawning and their decaying carcasses help provide a food source for other marine animals and birds in the region. 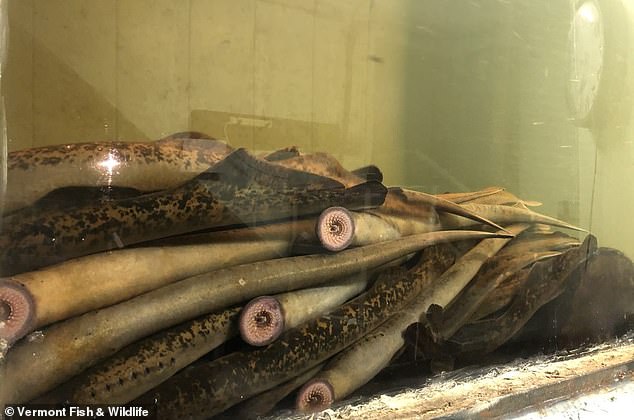 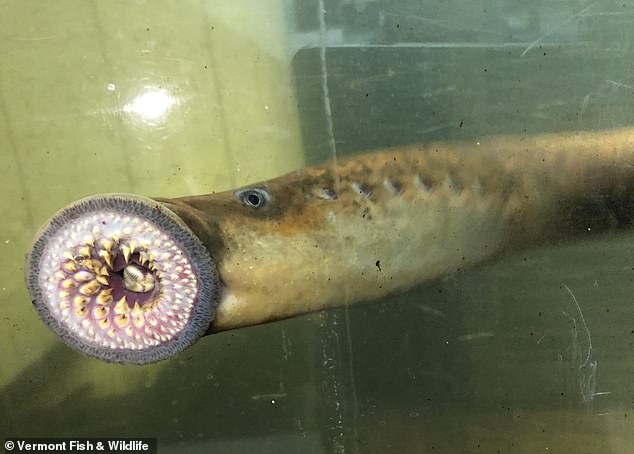 The younger larval lampreys can spend as much as five years in a sedentary state, burrowed beneath the sandy river bottoms slowly filtering out small food particles form the water.

Once they mature, the swim back downstream to the Atlantic Ocean, where they spend the bulk of their lives feeding off the blood of other fish.

In the past sea lampreys have had a devastating impact on freshwater fish populations, with one capable of killing an average of 40 pounds of fish in a year. 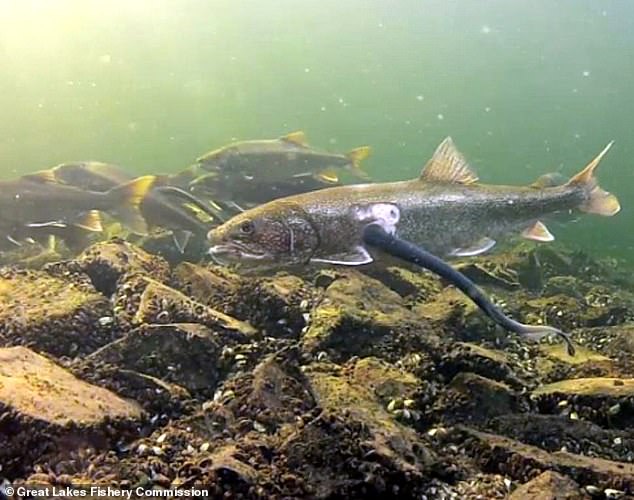 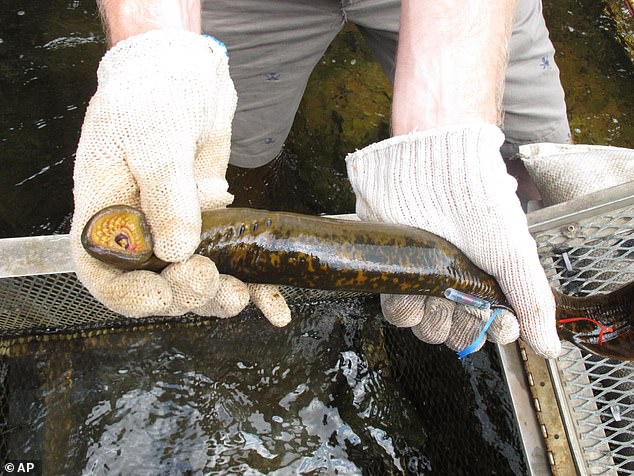 A sea lamprey invasion in the Great Lakes nearly wiped out the lake trout fishing industry, taking the yearly harvest from 15 million pounds in the 1940s to 300,000 pounds in the early 1960s.

Of the few remaining lake trout that weren’t killed by the lampreys, an estimated 85% bore bitemarks showing a past attack.

Containment measures include setting up barriers in rivers to prevent them from traveling upstream or setting up traps with ‘lampricides,’ special chemicals that kill off their larvae without being toxic to other marine life.

Carolyn Hax: He’s got a girlfriend and a best friend who...