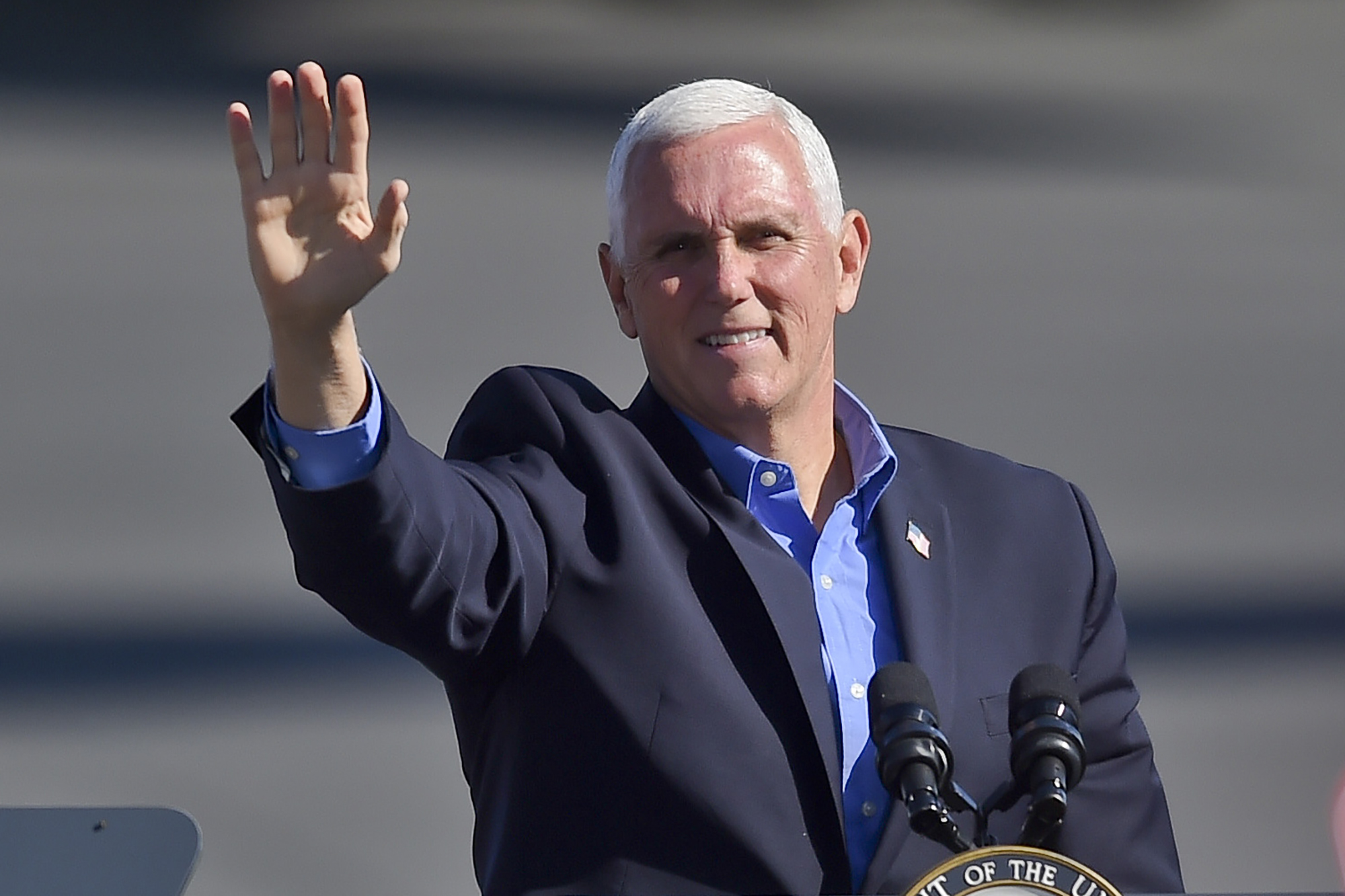 Vice President Pence will maintain a “very aggressive” schedule in the final stretch before the election, traveling five to six days a week and holding up to three rallies a day, his chief of staff said Monday.

Speaking to reporters on a press call organized by the Trump campaign Monday, Pence chief of staff Marc Short said that the vice president will visit seven states in the next six days, with two trips to Pennsylvania on the schedule.

The VP will start the week with an appearance Monday morning in Hermon, Me., part of the state’s 2nd Congressional District in which Rep. Jared Golden (D-Me.) is fighting to hold onto his seat in a rural, Trump-friendly district.

The campaign has also made an effort with Maine because of their electoral process. The state allows one electoral vote to the winner of each Congressional district, instead of giving all delegates to whoever wins that state.

Later that day, he will make his first of two stops in the keystone state, this time in New Cumberland, Pa.

Over the next six days, Pence will also travel to New Hampshire, Ohio, Michigan, Florida and his home state of Indiana, where he served as governor until becoming vice president, Short told reporters on the call.

He added that the VP and President Trump would likely make joint campaign appearances in the final days of the campaign, pointing to a trip to Pennsylvania next week.

The in-person campaigning push, Short said, placed the Trump-Pence ticket “in stark contrast to what we’re seeing out of the Harris-Biden campaign and the limited travel and events that they’re doing.”

Democratic presidential nominee Joe Biden is back at his Wilmington, Del., home Monday, and will not return to the campaign trail until after his face-off with President Trump at Thursday night’s debate.

The former vice president landed down in his home state Sunday evening after campaigning in North Carolina, after which the Biden campaign called a lid.

“Calling a lid” refers to a candidate or campaign indicating to the press that they will not be holding anymore events, usually for the day.

The 2020 Democrat will be focused heavily on prepping for his second and final debate, with no public events on his schedule.

President Trump, meanwhile, is not letting the last 15 days of the election cycle go to waste.

The commander-in-chief will travel to Arizona Monday where he will hold two rallies, one in Prescott and one in Tuscon.

On Tuesday and Wednesday, he has campaign events scheduled in Pennsylvania and North Carolina, respectively.

Biden’s vice presidential running mate, Sen. Kamala Harris (D-Calif.), will be out on the trail in Biden’s absence. On Monday, she will be in the must-win swing state of Florida.

Facebook
Twitter
Pinterest
WhatsApp
Previous articleMcDonald's updates its breakfast menu with a new roll launching this week
Next articleWhy are there so many goals in the Premier League this season?

Hollywood icon Jon Voight released a video warning that the country was “in great danger if we fall under a Biden administration” and...
Read more
News

Incoming Florida Congressman Carlos A. Gimenez has tested positive for the coronavirus. “After several negative tests, both my wife, Lourdes, and I tested positive...
Read more
News

Not even a pandemic can mess with Christmas in Brooklyn. Lucy Spata, the longtime doyenne of the famous Dyker Heights holiday lights — which...
Read more