People reveal VERY funny side effect of getting old

By Chloe Morgan For Mailonline

While some may show visible signs of aging such as fine lines and wrinkles, others have revealed more subtle reminders of the passing years.

People from across the globe have taken to an amusing Twitter thread under the hashtag #sideeffectsofgettingold to share some of the most amusing signs that they are officially old.

Amongst the funniest of responses includes one person who had the shock revelation that Baggy Trousers by Madness was released closer to the end of WWII than it is to today.

Elsewhere, a man admitted to having to take a snap of a yoghurt pot with his phone and use the magnifying feature just so he could see the expiration date. 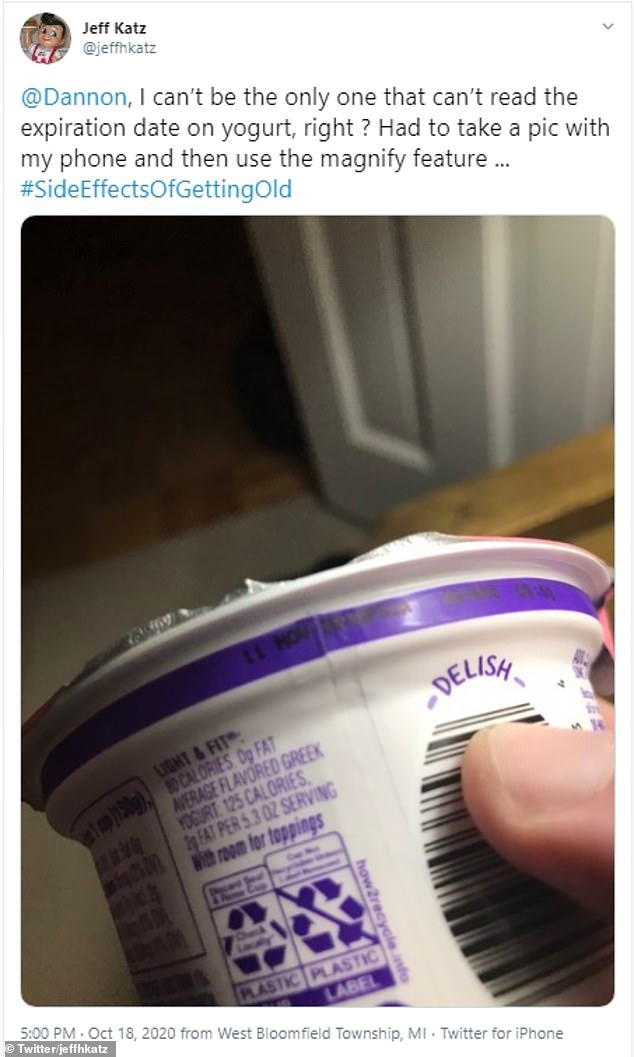 One person, from an unknown location, shared a snap of the small print on a yoghurt pot and penned: ‘I can’t be the only one that can’t read the expiration date on the yoghurt, right?’ 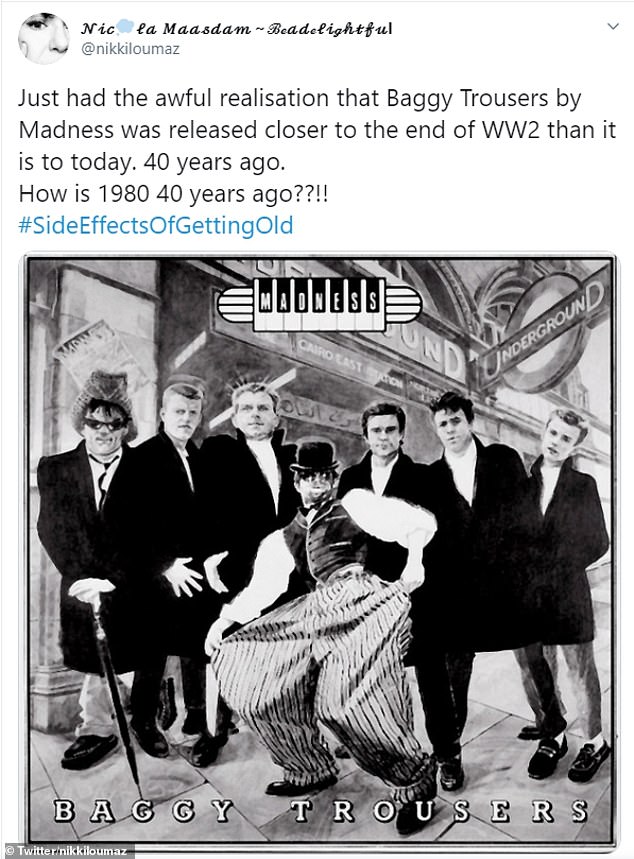 Nikki, from an unknown location, told how she had the ‘awful realisation’ that Baggy Trousers by Madness was released closer to the end of WW2 than it is to today – 40 years ago 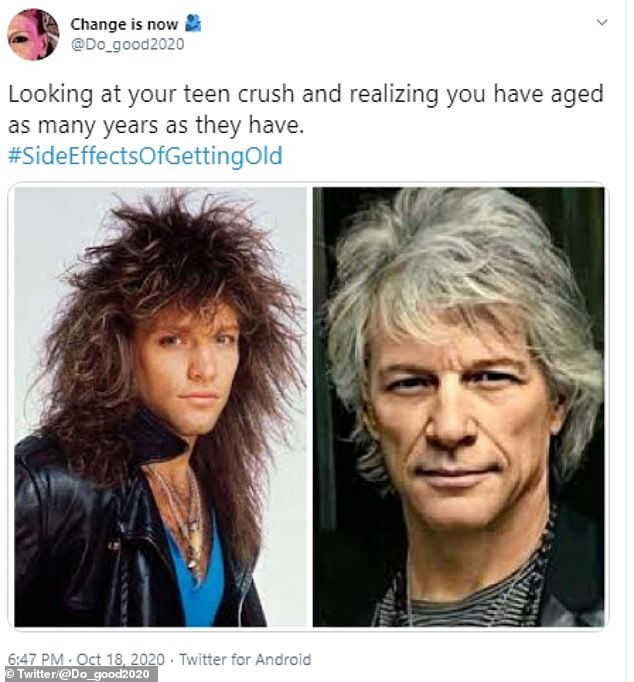 Another person, from an unknown location, revealed that her tell-tale sign that she was getting old was when she looked at her teen crush and realised she had aged as many years as they have 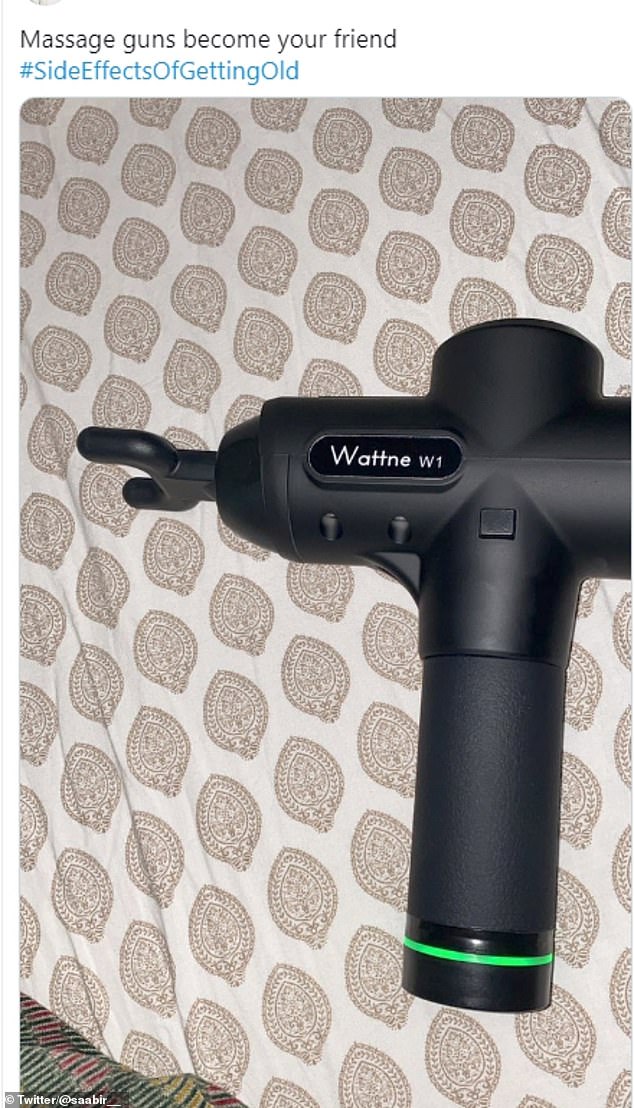 One person, from an unknown location, posted this snap and told how a true sign of getting old is when a massage gun becomes your friend 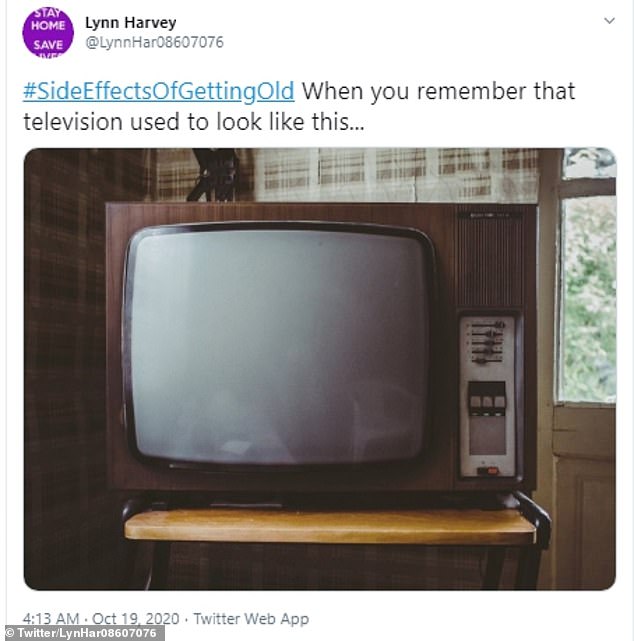 Lynn, from the UK, revealed that she was reminded of her age when she remembered a very old-fashioned looking television 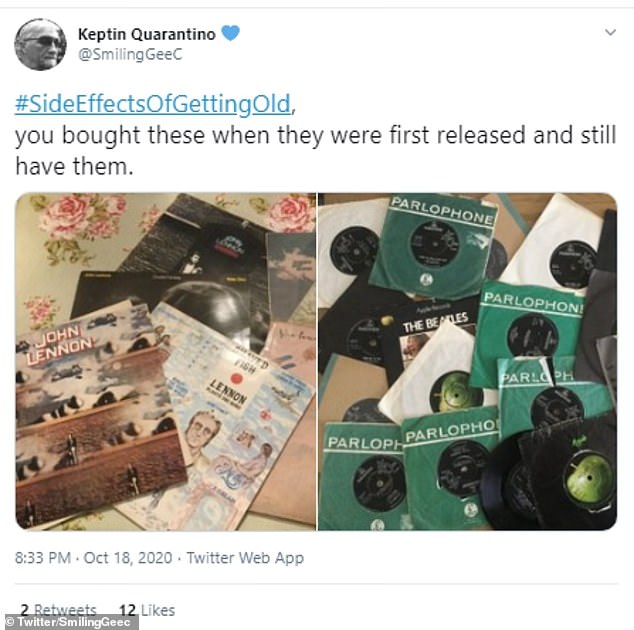 Another person, from the UK, took to Twitter and shared a snap of some old records and penned: ‘You bought these when they were first released and still have them’ (pictured) 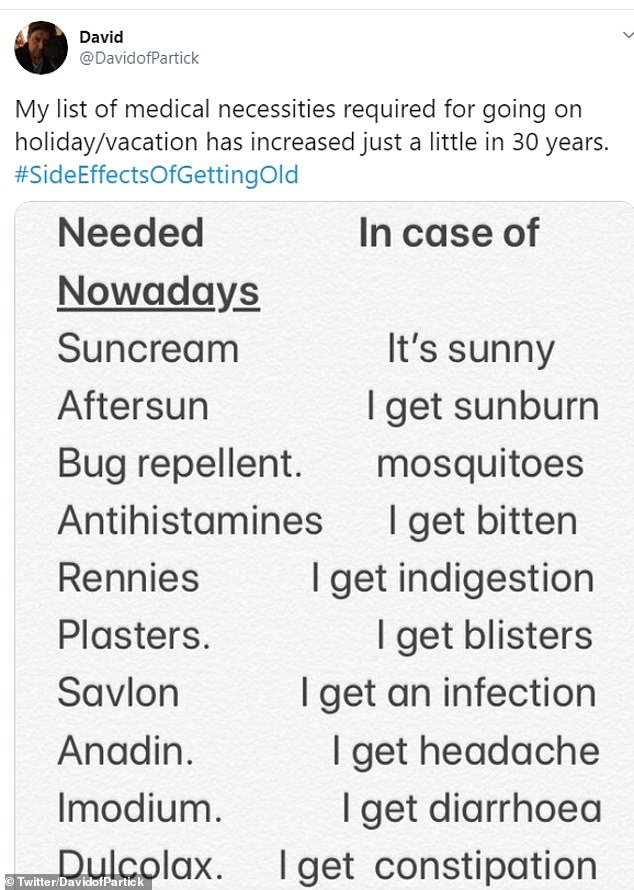 David, from an unknown location, shared his ever-increasing list of his medical necessities required for going on a holiday 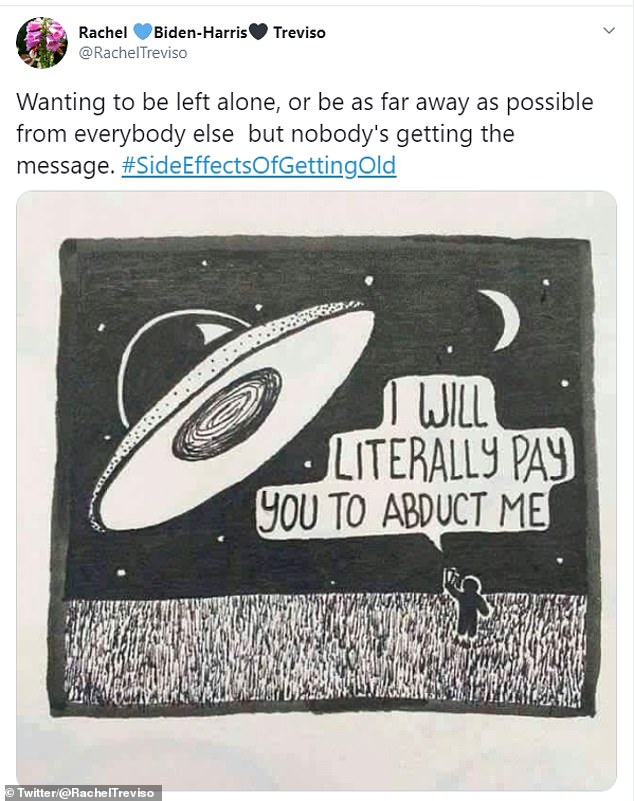 Rachel, from an unknown location, told how one of the tell-tale signs that she is aging is that she wants to be left alone, or as far away as possible from everybody else but nobody’s getting the message 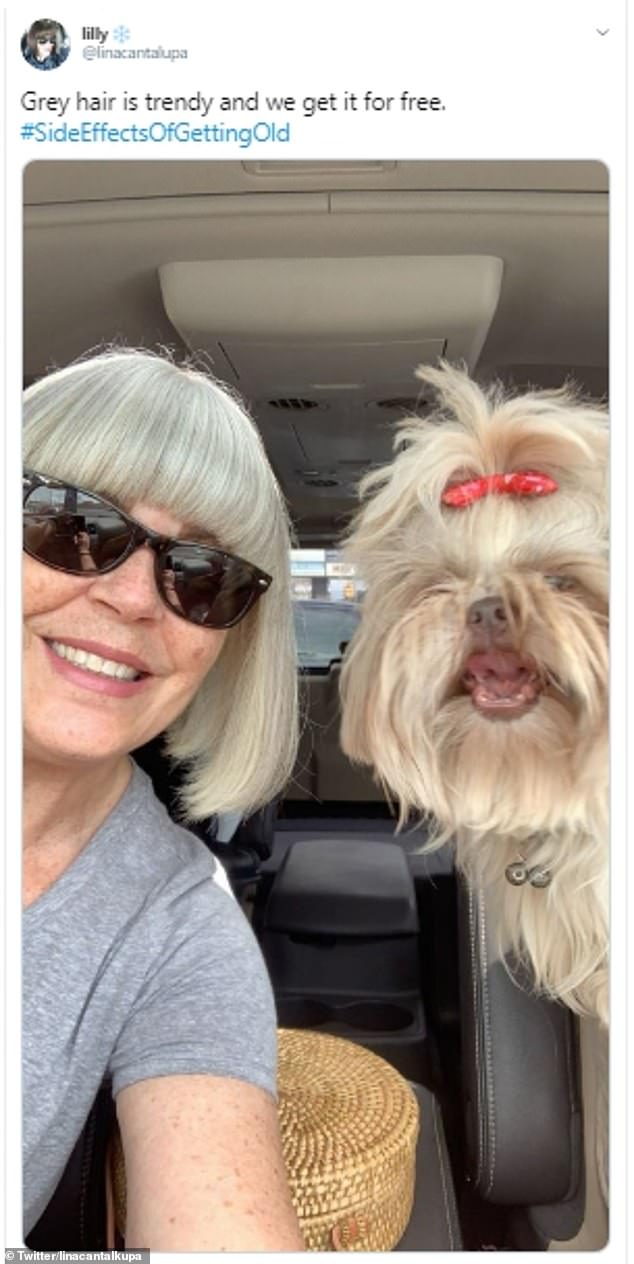 Another woman, from an unknown location, shared a snap alongside her dog and penned: ‘Grey hair is trendy and we get it for free’ (pictured) 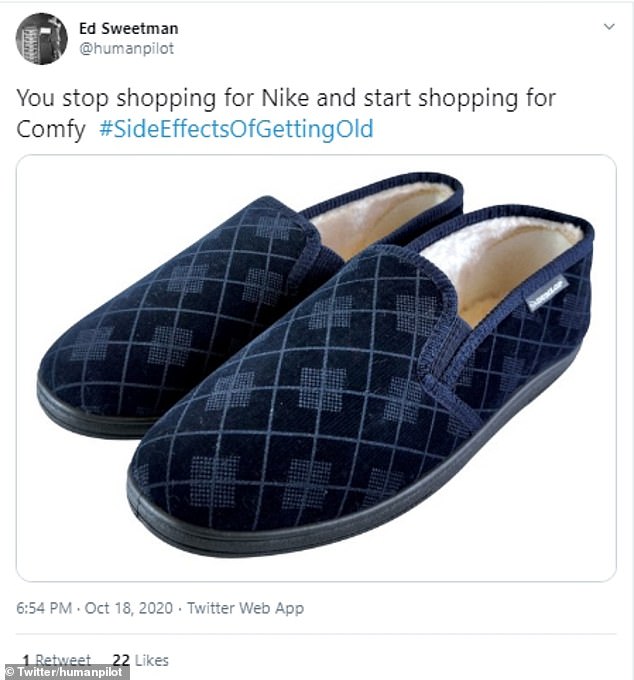 Another person, from an unknown location, joked that a side effect of getting old is when you stop shopping at NIke and start shopping for ‘comfy’ 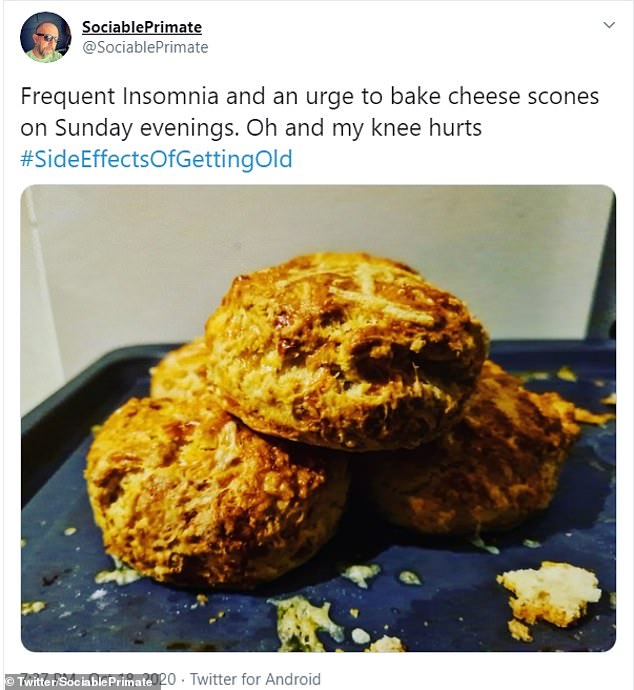 Another person, from an unknown location, took to Twitter and shared a snap of some scones alongside the caption: ‘Frequent insomnia and an urge to bake cheese scones on Sunday evenings. Oh and my knees hurt’

Facebook
Twitter
Pinterest
WhatsApp
Previous articleBride-to-be slammed for considering uninviting sister to her wedding because she can't afford a gift
Next articleSharon Stone, 62, shares photo from hospital bed as she issues important message to fans

TEHRAN, Iran — Iran’s supreme leader on Saturday called for the “definitive punishment” of those behind the killing of a scientist linked to...
Read more
Load more