Perdue Chicken distances itself from senator who mocked Kamala Harris 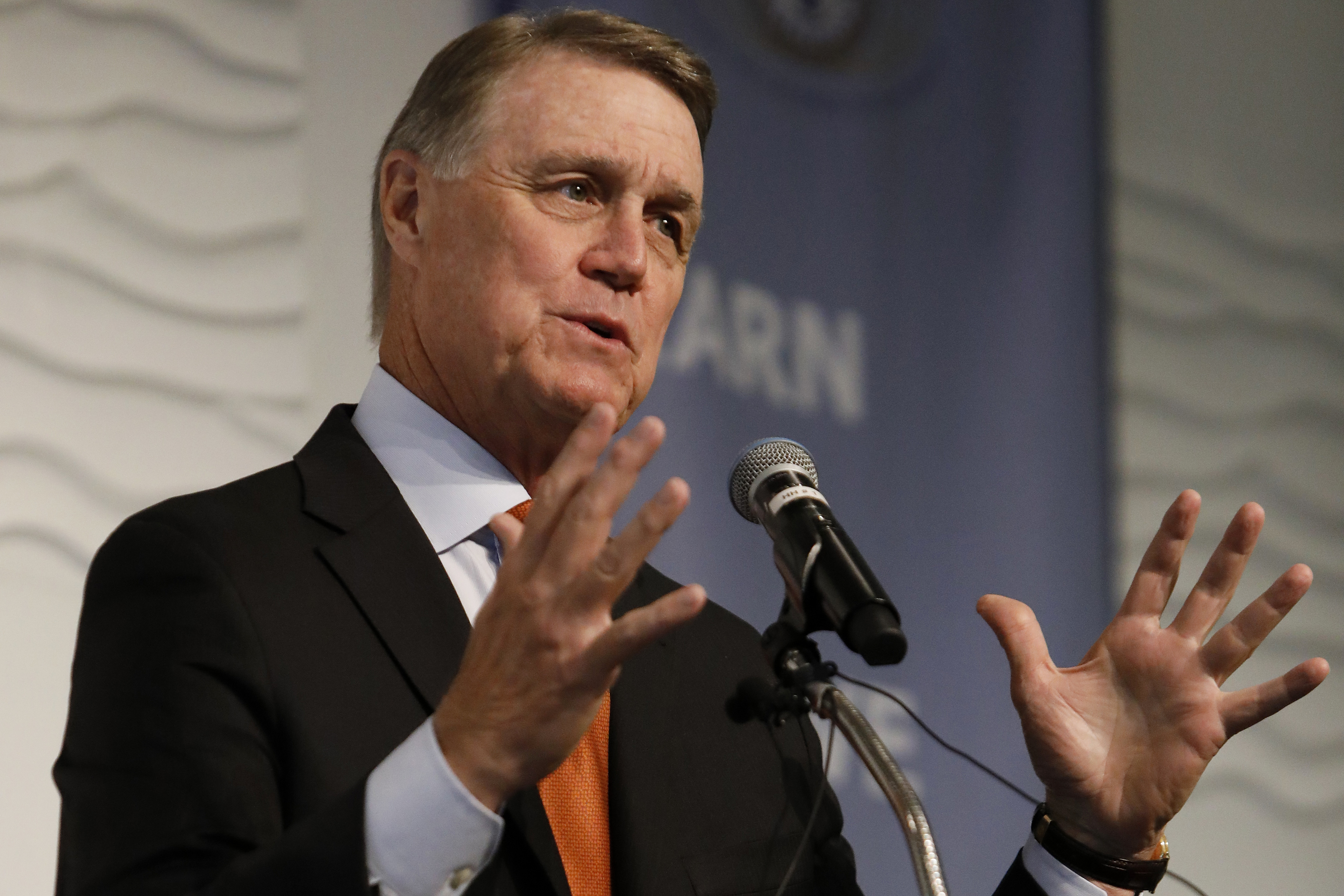 Perdue Chicken’s feathers have been ruffled by Republican Georgia Sen. David Perdue, whose mockery of Sen. Kamala Harris’ name has left many assuming that he is affiliated with the company.

During a campaign rally for President Trump in Georgia on Friday, Perdue mangled the vice-presidential candidate’s name as “Kamala-mala-mala,” prompting his opponent Jon Ossoff to condemn the senator for his “race-baiting.”

Perdue’s staff has insisted that his comments were unintentional, but the backlash grew and eventually a hashtag sprouted calling for Americans to boycott the chicken giant, believing it was connected to the senator, USA Today reported.

After being roasted in social media, Perdue Chicken responded by saying that the lawmaker has no ties to the company.

“David Perdue has no affiliation with our Perdue brand,” the company said in multiple tweets.

Among the Twitterati who took notice was CNN analyst Bakari Sellers, who wrote: “When the chickens start distancing themselves from you….#FreeEliza.”

Eliza was the person who signed many of the company’s tweets, prompting many social media users to begin circulating “Poor Eliza.”

Although Perdue is the cousin of Secretary of Agriculture Sonny Perdue, he has no relation to the Perdues, who started the national chicken company in 1920, USA Today reported.

Maria Bartiromo will interview President Trump on Fox Business on Sunday morning — his first since the election. The interview is scheduled to run...
Read more
News

Chicago firefighters responded to a one-vehicle crash on Lake Shore Drive expressway involving an expensive red Ferrari that was a weekend rental. The vehicle was...
Read more
News

Powerhouse consulting firm McKinsey & Co. promoted a questionable strategy to increase the sales of OxyContin — giving distributors a rebate for every...
Read more

Maria Bartiromo will interview President Trump on Fox Business on Sunday morning — his first since the election. The interview is scheduled to run...
Read more

'I always protect my team but today I am absolutely not...
Read more
Load more

Third kits in the Premier League are so wrong and ...