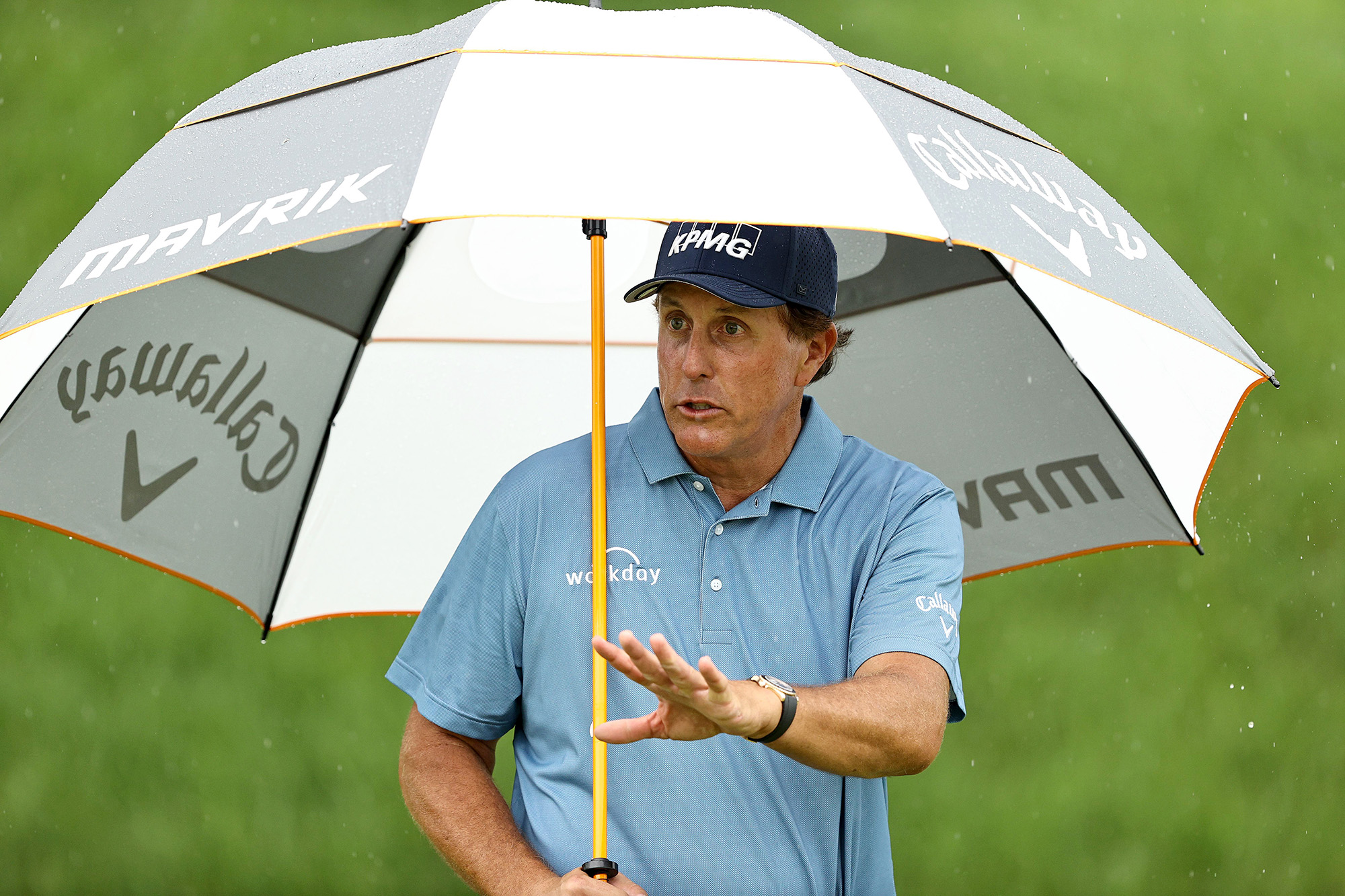 CROMWELL, Conn. — Phil Mickelson’s attempt to become the first 50-year-old to win a PGA Tour event since 2015 and only the ninth to ever do it took a turn for the worse Saturday, as he lost the lead he took into the third round of the Travelers Championship.

Mickelson, who turned 50 on June 16, was unable to build on the 64-63 start the first two days and shot a disappointing 1-over 71 Saturday to leave himself at 12-under — six shots out of the lead held by Brendon Todd.

“I was a little off today, but I’m having a lot of fun,’’ Mickelson said. “This has really been a lot of fun. I haven’t played great this year. I’ve missed a lot of cuts, and the next thing I know my game is starting to come back and I can sense it.

“I’m going to come out [Sunday] and give it my best to go low. I know I’m playing well enough to do that. I think I’m going to continue to start playing better and better as I continue to work on a few things.

“We all have days where we’re just a fraction off, where you think you hit a good shot and it doesn’t quite work out, and I felt like I had one of those days. Then usually the next day, you come back out and you put it all together. So, it’s not far off.’’