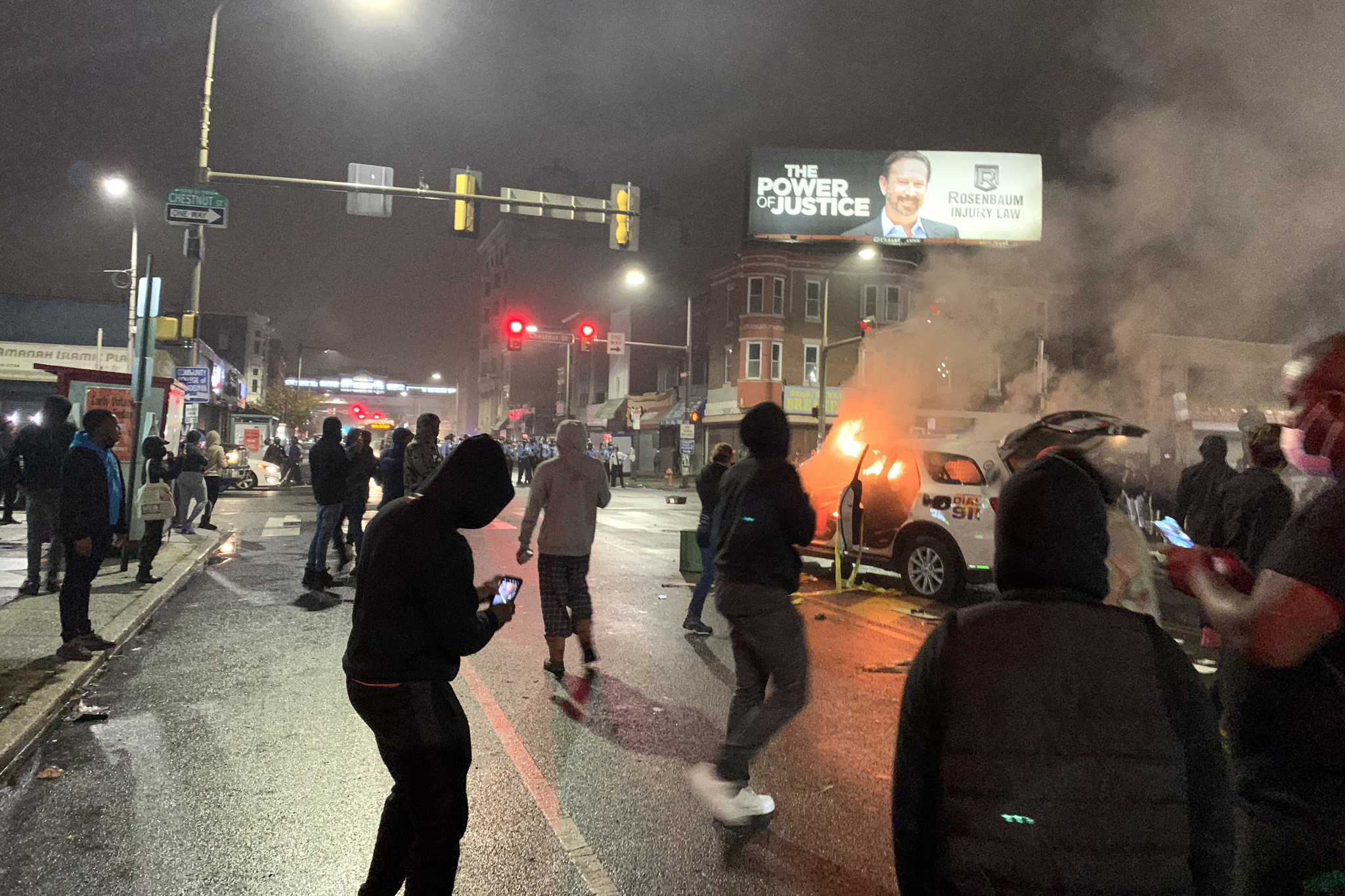 At least one police officer was run over by a truck in Philadelphia as protesters stormed the streets Monday night in response to a fatal police shooting earlier in the day.

The officer who was struck can be seen in footage on social media as a black truck swerves into a group of officers lined across the street to protect against oncoming demonstrators, the Philadelphia Inquirer reported.

The condition of the officer was not immediately clear.

The unruly demonstrations erupted over the death of Water Wallace, who was shot by police after refusing to drop a knife at about 4 p.m.

The newspaper reported that some protesters also chucked objects, including bricks, at cops in riot gear during a tense standoff at the police district headquarters.

Looting was also reported at several stores in the city.

Video of the fatal encounter from earlier Monday shows Wallace walking towards officers who have their guns drawn at him.

Witnesses told the Inquirer that Wallace was carrying a knife but did not lunge at the officers.

Kate, Duchess of Cambridge, 38, has shown "charisma" and "confidence" this week while presenting the results of her 5 Big Questions early years...
Read more