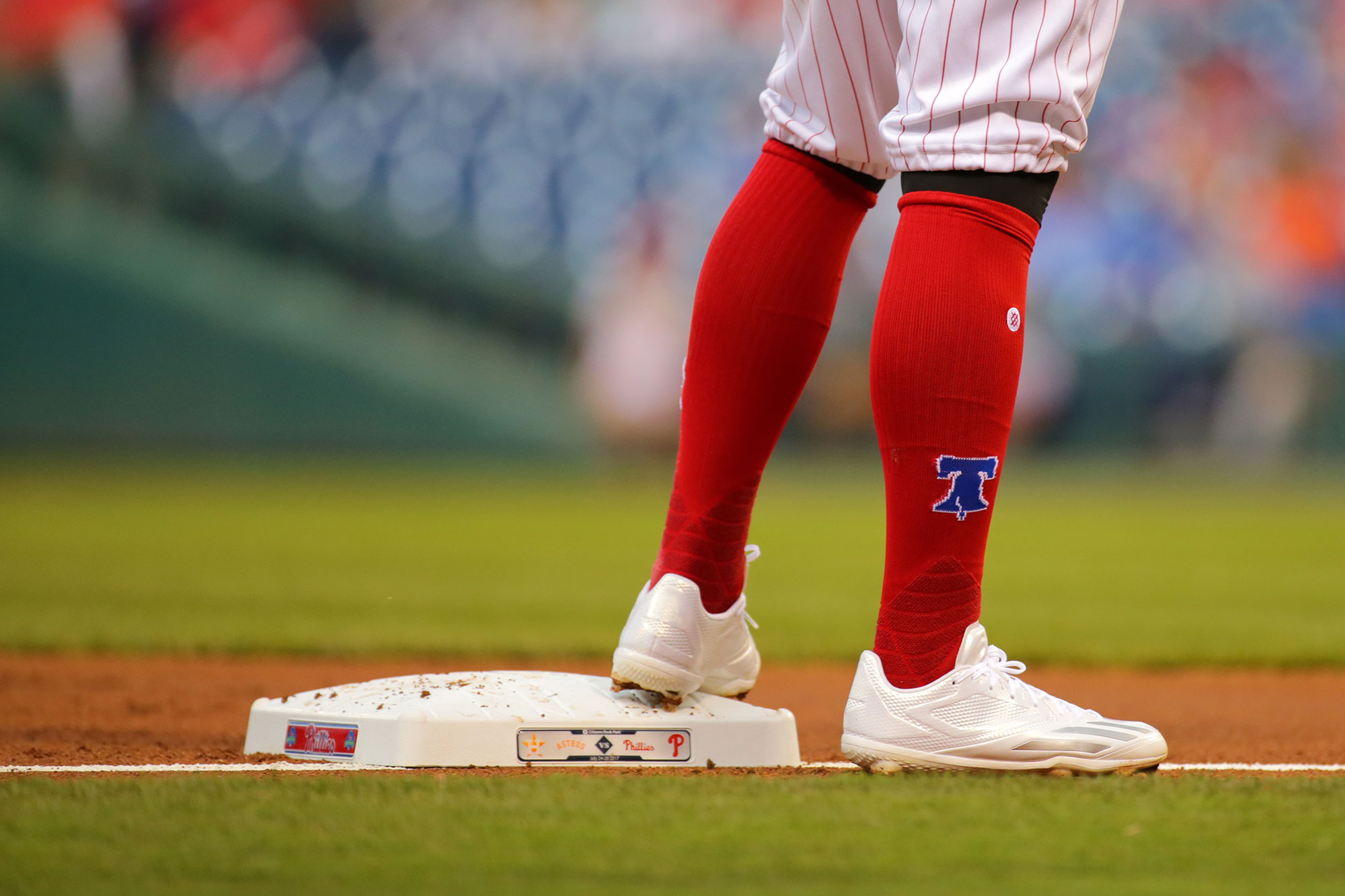 Eight members of the Phillies, including five players, who were part or workouts at the team’s spring complex in Clearwater tested positive for the COVID-19 since Tuesday.

That was first reported by NBC Sports Philadelphia and reasserted an a-b-c reality that has loomed over contentious negotiations to restart the MLB season — it will be quite a feat to pull off 50, 60 or 70 regular season games without disruption or cancellation. Heck, it will be something to get five, six or seven in.

As much as the owners and union hate each other — and hate has turned to something stronger during the past few months of talks, non-talks and accusations of dishonesty — the common enemy has always been the virus.

Thus, even at this late date, the sides have a mechanism to work toward each other and finish off an agreement. Part of any negotiation is having both sides be able to walk away and do at least one of the following: 1) claim victory, 2) assume the moral high ground or 3) save face.

You would never call eight people coming down ill with a deadly disease a gift — especially since the Phillies announced they were still awaiting results of others who were using the facility to see if they also contracted the virus. So let’s just call it a reminder — a hammer over the head reminder — that the virus provides a chance for both sides to claim victory, assume the moral high ground and save face. For they can now agree to anything on the table or in between and just cite these Phillie employees getting sick as the reason to agree to the money and get on with the business of working together to play as safely as possible while providing hope and insight to America that a large business can reopen and navigate in these conditions.

Will they do that?

The hate, so far, has kept them from finding a handshake amid massive external events. The pandemic. Widespread financial ruin. Nationwide protests for social justice for people of color. To date, MLB and its players have put on blinders and followed a labor playbook with which Bowie Kuhn and Marvin Miller would be familiar.

But they are so close now and looking for an excuse to blink, to create the bridge from MLB’s offer of 60 games and the union’s request for 70, both at full prorated pay. Look even if the union accepted the 60 now they could, for example, 1) claim victory that the players got full prorated pay, 2) assume the moral high ground that they put away the other 10 games to concentrate on health and safety issues to bring the great national pastime back to the fans and 3) save face by see Nos. 1 and 2.

MLB could do a similar version if they accepted 65 or 70 games even after management claims that the Tuesday meeting between Rob Manfred and Tony Clark created the framework for a deal, not a floor from which the union was supposed to make another offer.

At this point, if MLB went to, say, 64, kept all the other external offers from its bid and also gave the players the right to eliminate draft pick compensation in the next two free agent offseasons, how exactly with the Phillies news in the air do the players say “no” to that? Better yet, Manfred or Clark should initiate a call on this and then agree to agree (can they actually do that?). Emerge saying this was jointly done recognizing the moment. Kumbaya. Cue the sweeping music.

And then they really do have to get to the business of working in even greater cooperation to deal with a virus that does not care if you own the Padres or play third base for the Dodgers. This sport should be very aware of just how unpredictable this disease is to fight against. Not long ago New York was the epicenter and there were intense conversations about creating three 10-team hubs to play the season exclusively in Arizona, Florida and Texas. Now, those three states are suffering among the highest spikes in coronavirus — the Phillies’ Clearwater episode adding to Florida’s tally. The safest hub today would be New York/New Jersey/Connecticut.

But that is today. The virus is going to do what the virus is going to do. MLB has always braced that it is when a player or staff member would test positive if the season restarted, not if. So the agreement needs to get done for the two sides to finalize protocols on what occurs when that happens and what is the best science now to limit contraction and then spread and create a forum in which games could continue as safely as possible.

In a horrible way — people getting sick — MLB and the players have been handed yet another path to find each other, to reach an accord, to unify against an enemy with 100 percent disapproval ratings: the virus.

What will the sides do with what feels like a final 2020 opportunity for an agreement, cooperation and peace?

Knicks mailbag: This coach and this starting 5 would lead to playoff return

The biggest media and technology companies are having an identity crisis

Knicks mailbag: This coach and this starting 5 would lead to...

The biggest media and technology companies are having an identity crisis