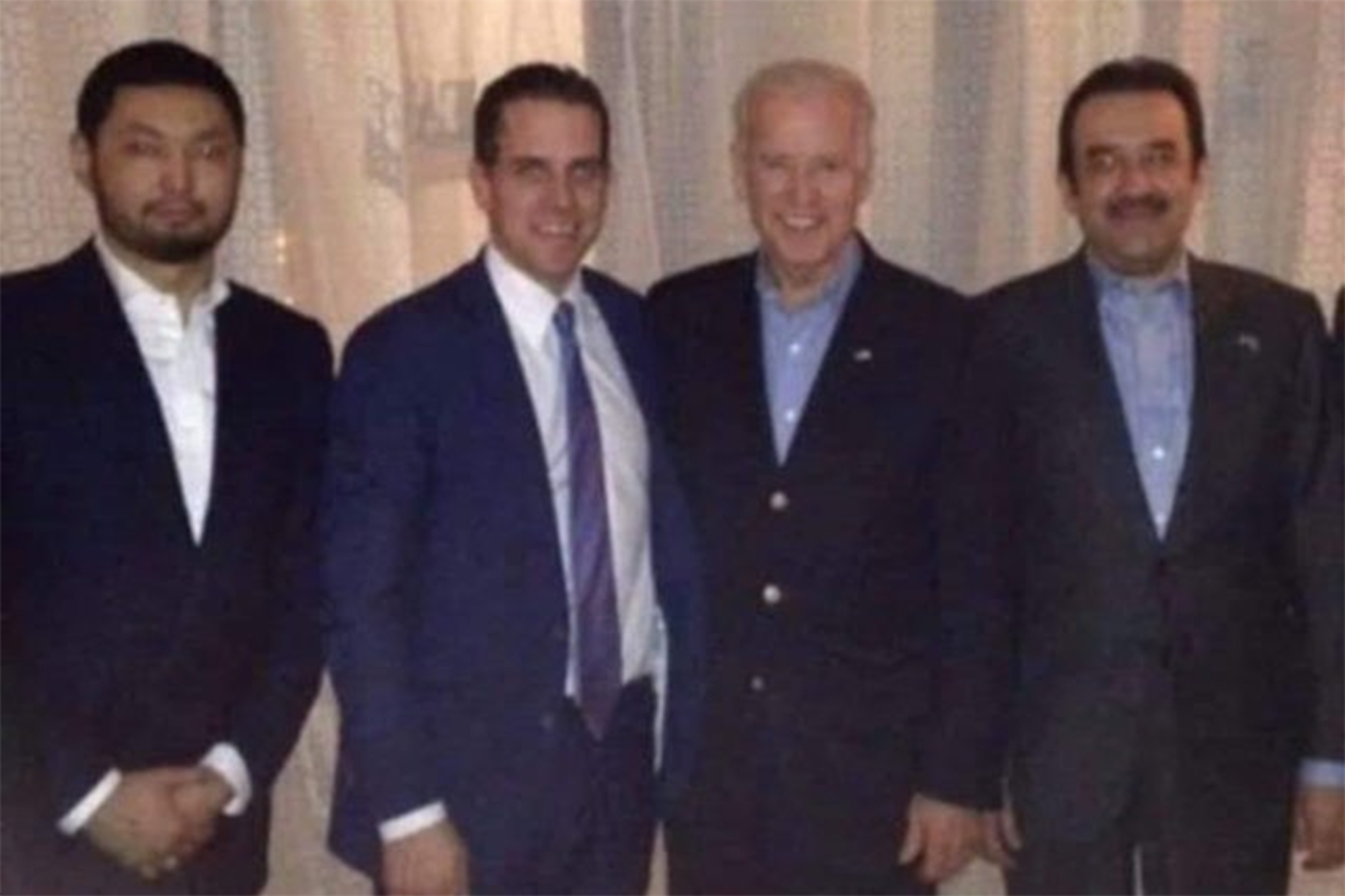 A new photograph has emerged of Democratic nominee Joe Biden posing with Hunter Biden and Kenes Rakishev, a Kazakh oligarch who reportedly worked with the former veep’s scandal-scarred son.

In the undated photo, shared by the Kazhakhstani Initiative on Asset Recovery, the former vice president can be seen smiling with Kazakhstan’s former prime minister Karim Massimov and his son, who is flanked by Rakishev.

A Daily Mail report published Friday detailed Hunter Biden’s alleged work with Rakishev, claiming he dined regularly with the Kazakh businessman and attempted to facilitate investment for his cash in New York, Washington, DC and a Nevada mining company.

But Rakishev, who enjoys close ties to Kazakhstan’s kleptocratic former president, reportedly ran into trouble when western business partners realized that the opaque origins of his reported $300 million fortune could become a “liability,” the Mail reported.

The photo’s authenticity has not been independently verified but comes as the family faces growing scrutiny over Hunter Biden’s overseas business interests while the elder Biden was Barack Obama’s vice president.

The Post published emails last week indicating Hunter Biden introduced his father to a Ukrainian oil executive before the veep pressured Ukrainian government officials to fire the prosecutor involved in an investigation of the shady organization a year later.

Biden’s campaign denied that the septuagenarian candidate had an “official” meeting with Vadym Pozharskyi but later conceded they couldn’t rule out that a meeting may have happened.

Other emails believed to be from Hunter Biden showed him leveraging links with his influential dad to boost his pay on the board of Ukrainian energy company Burisma.