Home U.S Piers Morgan slams US journalists as being 'hyper-partisan' for failing to cover...
U.S

Piers Morgan slammed American news outlets for being biased in their coverage of a story about a laptop allegedly belonging to Hunter Biden.

Many reporters have questioned the validity of the story because the emails have not been independently verified, but Morgan said this is simply due to partisan politics.

‘I don’t care if you’re pro-Trump, anti-Trump… at the very least, these journalists are revealing themselves to be hyper-partisan,’ Morgan, DailyMail.com editor-at-large, said during an appearance on Fox & Friends on Friday morning.

SCROLL DOWN FOR VIDEOS 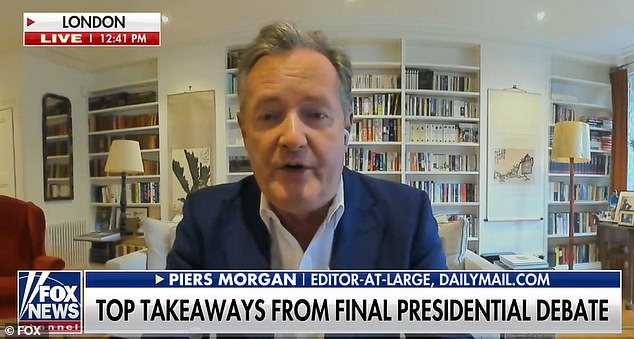 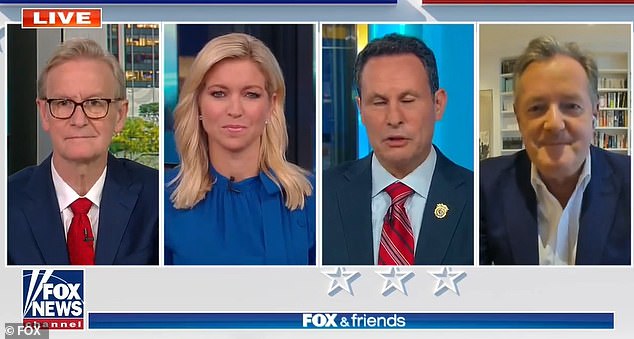 The DailyMail.com editor-at-large said the media is playing partisan politics by failing to cover a story about a laptop allegedly belonging to Hunter Biden with damning emails and photos. Pictured; Morgan on Fox & Friends on Friday 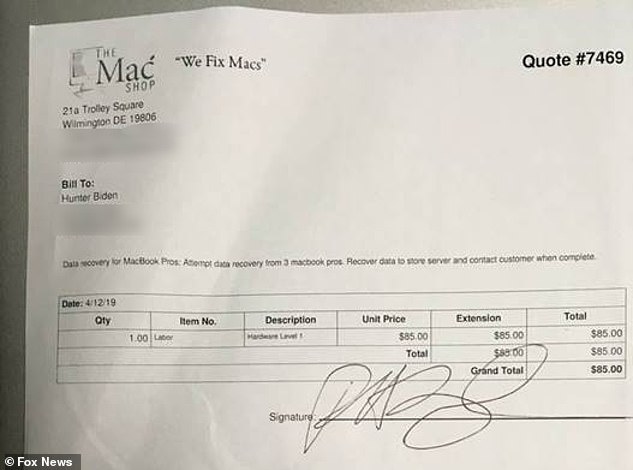 Many reporters have questioned the validity of the story because the emails have not been independently verified, but Morgan said journalists have a duty to investigate. Pictured: A receipt showing Hunter Biden’s laptop was allegedly dropped off at a Delaware repair shop

Morgan also argued that many more news outlets would be covering the story if the laptop was reported to belong to Donald Trump Jr rather than Hunter Biden.

‘From where I sit as a former newspaper editor, I’ve seen them run day after day after day of revelations from Hunter Biden’s laptop, they say, with emails between Hunter Biden and various business associates, ‘ he said.

‘And as we sit here today talking, I don’t believe either the existence of that being Hunter’s laptop or the veracity of those emails has been questioned. Nobody on the Biden side has denied that it’s his laptop.’

The author of Wake Up says because there are no denials by the Biden campaign, journalists have a duty to investigate.

He added that stories alleging Trump had links to Russian officials turned out to be false – although it was revealed Trump’s associates did have ties.

‘We saw over the whole Russia collusion fiasco over several years, that they don’t need much of this so-called hard evidence to obsess about a story if they want to,’ Morgan said.

‘So they’re making a political characterization, not a journalistic one.’

Morgan also commented on Thursday night’s presidential debate between Trump and Biden and said it was very different from the first debate two weeks ago.

‘The thing that struck me was Donald Trump had a much more measured tone. It was like he muzzled himself, he tamed himself from the kind of ranting beast we saw in the first debate and it was much more effective,’ he said.

‘It was more effective in exposing his opponent, Joe Biden’s, flaws…It allowed people to focus a lot more clearly on Joe Biden.’ 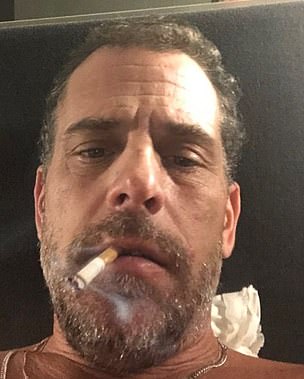 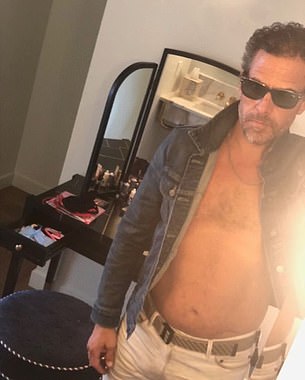 Morgan said that if the laptop had been reported to belong to Donald Trump Jr, there would be much more news coverage. Pictured, left and right: The laptop also allegedly had pictures of Hunter Biden smoking and using drugs 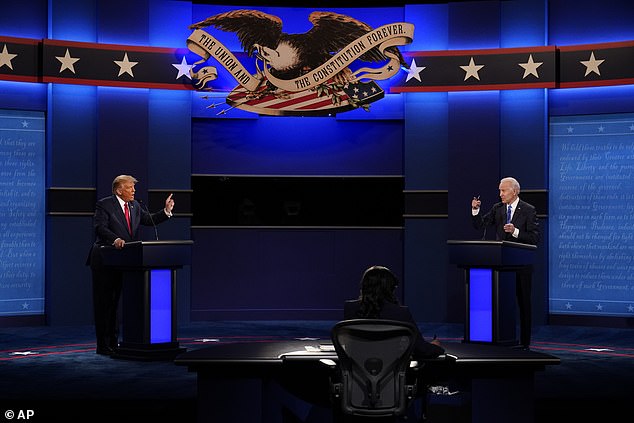 The co-host of Good Morning Britain said Trump succeeded at repeatedly – but calmly – asking Biden why he didn’t accomplish many of the goals he has promised he will do if elected during his time as Vice President under former President Barack Obama.

The topic of Hunter Biden’s emails also came up at Thursday night’s debate.

‘And Joe, you were Vice President when some of this was happening.’

‘And I think you owe an explanation to the American people, why is it – somebody just had a news conference a little while ago – who was essentially supposed to work with you and your family, but what he said was damning,’ Trump said in reference to Tony Bobulinski, a former Hunter Biden business partner, who claimed he has proof that the former Vice President was aware of his son’s business dealings with China

In turn, Biden pointed a recent New York Times report that alleges Trump had a secret Chinese bank account – and that he’s barely paid any taxes.

‘We learned that this president paid 50 times the tax in China, has a secret bank account with China, does business in China,’ Biden said. ‘

Release your tax returns or stop talking about corruption.’

The three-household limit on bubbles over the Christmas period may pose a challenge to the Queen's usual festive celebrations.For the last 33 years,...
Read more
U.S

Furious Dominic West has hit back at a lawnmower delivery man who 'grassed him up' over his Rome trip with Lily James -...
Read more
U.S

The three-household limit on bubbles over the Christmas period may pose a challenge to the Queen's usual festive celebrations.For the last 33 years,...
Read more

John Lewis is opening stores with new measures to ensure convenience and safety. From December 2 the department store will be welcoming Britons...
Read more

Furious Dominic West has hit back at a lawnmower delivery man who 'grassed him up' over his Rome trip with Lily James -...
Read more
Load more