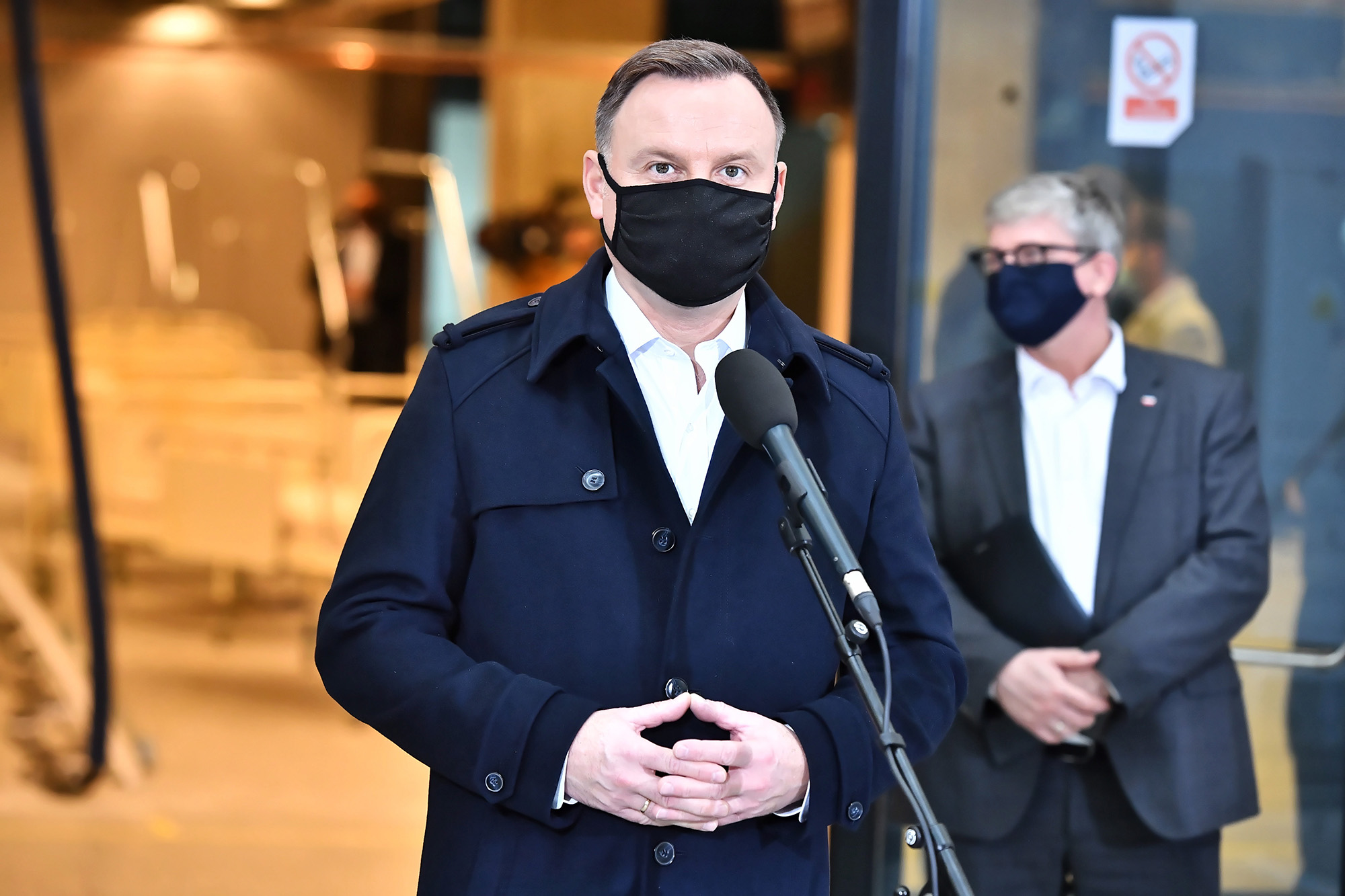 Polish President Andrzej Duda has tested positive for COVID-19 but insists he feels fine — and is apologizing to those who have to quarantine because they were exposed to him.

“I do not suffer from any symptoms, especially lack of taste or smell, I feel good. I remain in isolation along with my wife and will be working remotely,” he told Polish TV, Reuters reported.

Duda is 48, trim and doesn’t have any underlying conditions such as diabetes that would make him vulnerable to complications from the infection.

The president, whose job is largely ceremonial, told Poles that he was stunned when he tested positive.

“Believe me — I had no symptoms. If I had knew I had coronavirus all meetings would have been cancelled,” he said. One of his events was a visit Friday to a Warsaw stadium, where officials were setting up a field hospital.

Duda joins a growing list of world leaders, including President Trump, who have been infected with the coronavirus. Trump, 74, was hospitalized for three days earlier this month but rebounded quickly.

Brazilian President Jair Bolsonaro, Prince Charles and Prince Albert of Monaco have had mild cases as have the presidents of Bolivia, Guatemala and Honduras and the prime ministers of Armenia and Russia.

As Duda spoke Saturday, police used tear gas on thousands who took to the streets of Warsaw and Gdansk to protest sudden new COVID-19 restrictions, triggered by Friday’s record.

Restaurants and bars are shut down for two weeks; schools will remain open for children up to third grade, but other students will switch to remote learning. Gatherings of more than five are banned.

The protesters in Gdansk were especially defiant, going without face masks and brandishing banners that read “Let us work, and let us decide on our own”.

“Of course, there is a virus, but what they are doing is wrong,” Olga, a woman in her 30s, told Reuters.

ISLAMABAD — Kaavan, dubbed the “world’s loneliest elephant” after languishing alone for years in a Pakistani zoo, was readied Sunday for his flight...
Read more
News

Raul Jimenez taken to hospital after being forced off on a...
Read more
Load more

Jose Mourinho got his point to take Tottenham back to the...