Home News Preacher says daughter was booted from class for ‘homosexuality is a sin’...
News 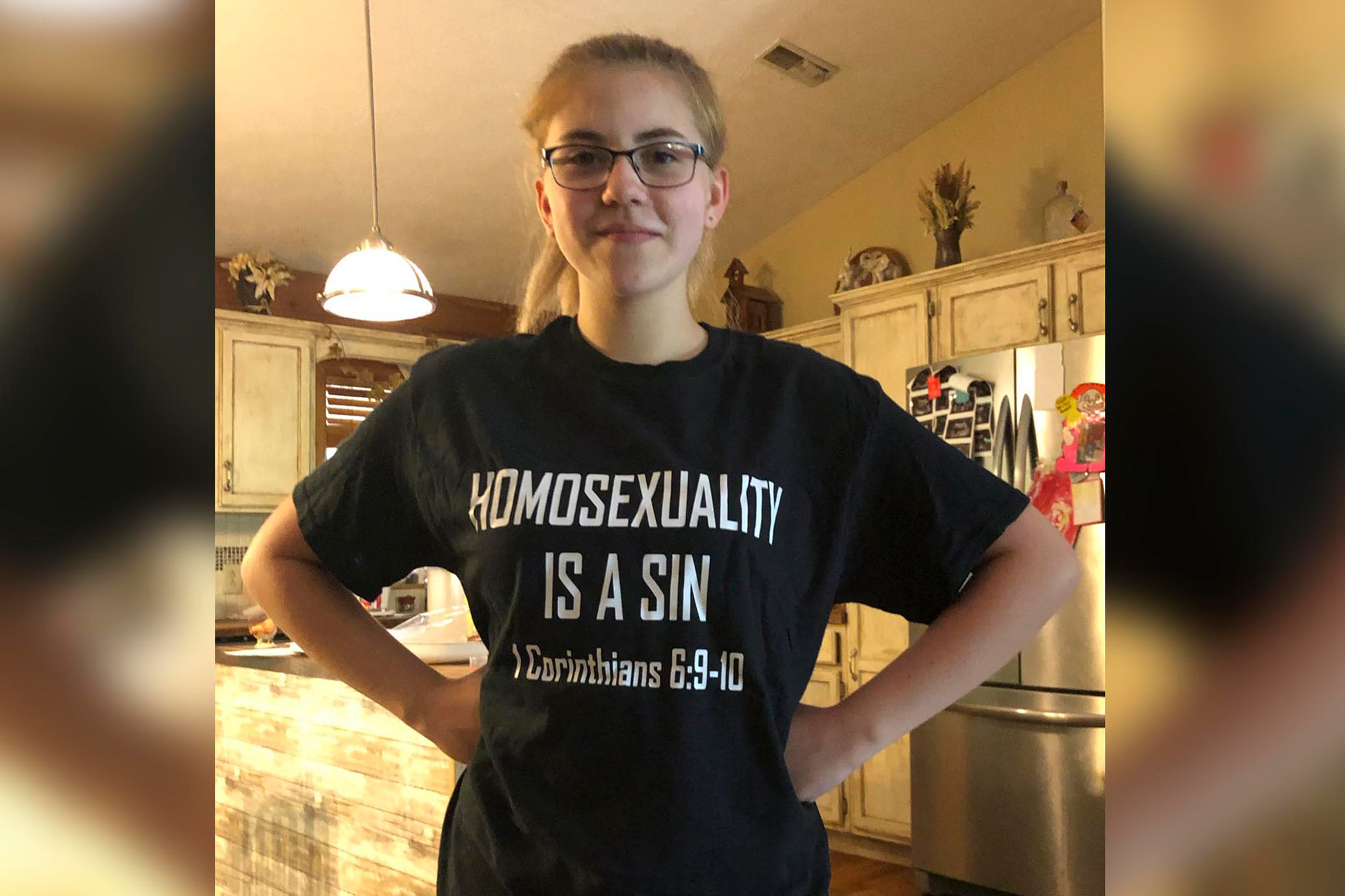 A Tennessee street preacher is suing a school district for allegedly kicking his 15-year-old daughter out of class for wearing a shirt that read “homosexuality is a sin,” claiming it violated her rights to free speech.

Richard Penkoski, who heads a ministry called Warriors for Christ, filed a lawsuit against Overton County Schools earlier this month after he says his daughter was booted from class in late August at Livingston Academy because of the shirt, the Charlotte Observer reported.

Penkoski’s daughter, identified in the lawsuit only as “B.A.P.,” was immediately sent to a principal’s office, despite a “pro-homosexual symbol” being on display inside the classroom, the lawsuit claims.

The teen was later told the shirt violated the school’s dress code for being “sexually connotative,” according to the Oct. 16 filing in US District Court for the Middle District of Tennessee.

Penkoski’s daughter told administrators she was unable to cover up her top and then texted her parents about the issue, prompting her father to call the school’s principal, the newspaper reported.

The principal told Penkoski the word “homosexuality” amounted to a sexual reference since it contained the word “sex,” according to the lawsuit, which claims the teen’s First and Fourteenth Amendment rights to free speech and freedom of religion were violated, as well as protections granted by Tennessee’s Religious Freedom Restoration Act.

The school’s dress code, according to the lawsuit, forced the 15-year-old to choose between “abandoning her religious beliefs” or following her personal convictions only to be disciplined, imposing a “substantial burden” on her.

Penkoski, whose Twitter profile claims he’s “most censored” Christian in the world, posted a photo of his daughter wearing the shirt one day after the purported incident.

“My 15 year old was thrown out of school for the day for wearing this shirt,” he tweeted. “#lgbt wants to trample on your #freespeech rights while they cry for special rights.”

A message seeking comment from district officials was not immediately returned Friday.

Meghan Markle reveals she suffered a miscarriage in July

Meghan Markle revealed Wednesday that she suffered a miscarriage in the summer — describing the “almost unbearable grief” it caused her and husband...
Read more
News

A poll of 2,000 adults in the UK identified the must-have items to stay one step ahead of the 'Joneses', including the latest...
Read more

Rare sketches by Princess Diana's wedding dress designer Elizabeth Emanuel of some of the late royal's most famous outfits are to go on...
Read more

Lifetime ISA rules: Can you use a LISA to buy with someone who is not a first time buyer?

A Lifetime ISA is a type of savings or investment account which you never pay tax on. LISAs are used to help people...
Read more
Load more

Smeg fridges and having a cleaner among top 50 modern 'status...