A streets preacher from Tennessee is suing a school district that allegedly kicked out his 15-year-old daughter after wearing a shirt that read ‘Homosexuality is a sin.’

Richard Penkoski says Overton County Schools violated his daughter’s rights to free speech after being kicked out of the class specifically because of the shirt she was wearing at Livingston Academy in August.

It read: ‘Homosexuality is a sin – 1 Corinthians 6:9-10,’ referring to first Corinthians chapter six in the Bible. 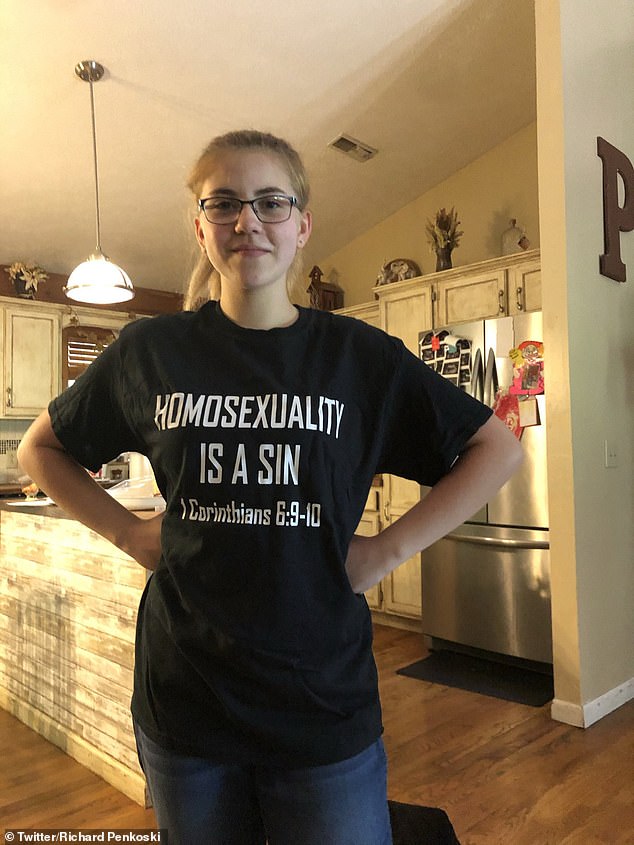 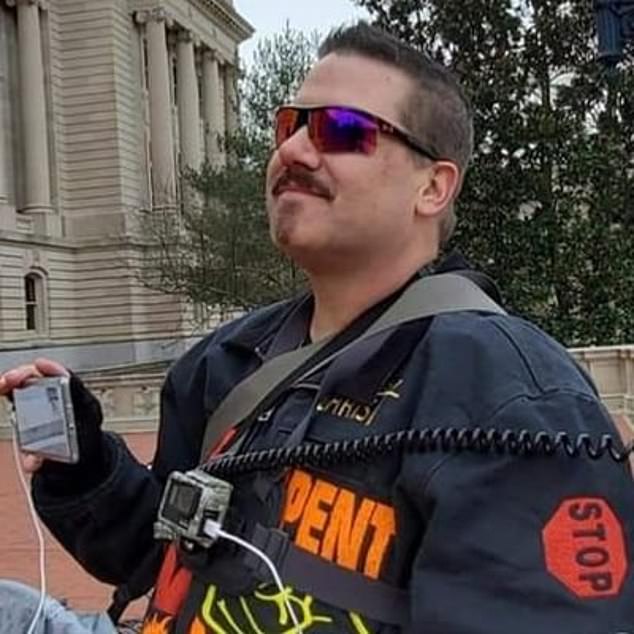 Penkoski’s daughter was sent to the principal’s office where the teenager was told the shirt broke the school’s dress code for being ‘sexually connotative.’

The girl protested her case noting that a ‘pro-homosexual symbol’ was on display inside the classroom referring to a rainbow flag used by the LGBTQ community according to the lawsuit seen by the New York Post and filed in the US District Court for the Middle District of Tennessee last week.

Penkoski runs a ministry called Warriors for Christ and filed the lawsuit earlier this month.

His daughter, who is identified in the lawsuit as ‘B.A.P.’, explained to administrators that she was unable to cover up her top and ended up texting her parents about the issue. 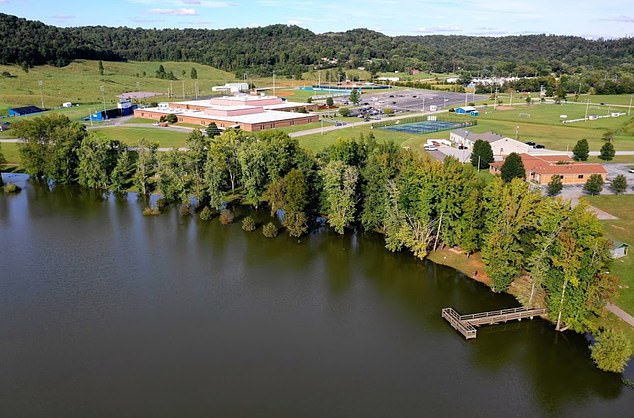 The school, Livingston Academy claim that wearing the shirt broke the dress code, however the lawsuit states another student was allowed to wear a LGBTQ rainbow flag item of clothing 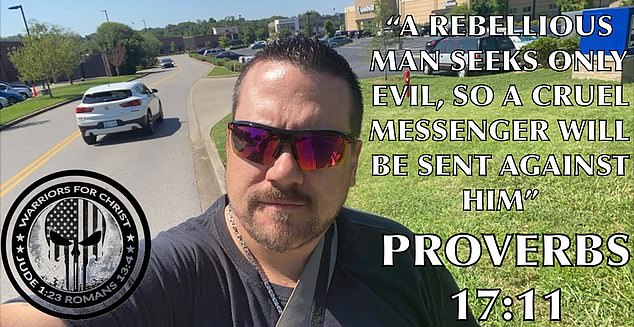 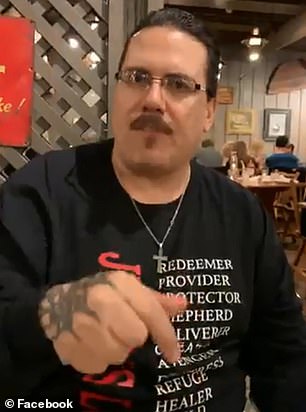 Penkoski called the school principal who told himthat the very word ‘homosexuality’ was a sexual reference because it contained the word ‘sex.’

Her father than called the school principal who explained that the very word ‘homosexuality’ was a sexual reference because it contained the word ‘sex.’

The lawsuit states that the the 15-year-old was forced to choose between ‘abandoning her religious beliefs’ or ‘following her personal convictions’ only to be disciplined. She claims that receiving a punishment imposed a ‘substantial burden’ on her.

Penkoski posted a photo of his daughter wearing the shirt one day after the incident.

‘My 15 year old was thrown out of school for the day for wearing this shirt,’ he said in a tweet on August 26. ‘#lgbt wants to trample on your #freespeech rights while they cry for special rights.’

‘There are some educated people who support the lgbt!! While some don’t agree with the shirt my daughter wore they understand she has a constitutional right to wear it,’ he later said in a tweet on September 19. ‘Her rights don’t end where your feelings begin.’

The lawsuit claims the teenager’s  First and Fourteenth Amendment rights to free speech and freedom of religion were violated. The suit states that the incident also violated protections granted by Tennessee’s Religious Freedom Restoration Act, according to the Charlotte Observer.

Mary-Kate Olsen and Olivier Sarkozy will have to sell their $13.5m New York townhouse during their bitter divorce with the words 'those who...
Read more
U.S