President Trump and Melania head to Nashville for debate

By Erica Tempesta For Dailymail.com

Melania Trump donned a sleek black dress to accompany her husband, President Donald Trump, to Nashville, Tennessee, on Thursday for the final presidential debate after recovering from her lingering COVID-19 symptoms.

The couple put on an affectionate display as they held hands and smiled while boarding Marine One on the South Lawn of the White House ahead of the event held at the Curb Event Center.

Melania, who has yet to hit the campaign trail following her speech at the Republican National Convention, cut a stylish figure in her sleeveless Christian Dior frock, which she paired with a slim black belt that cinched her waist. 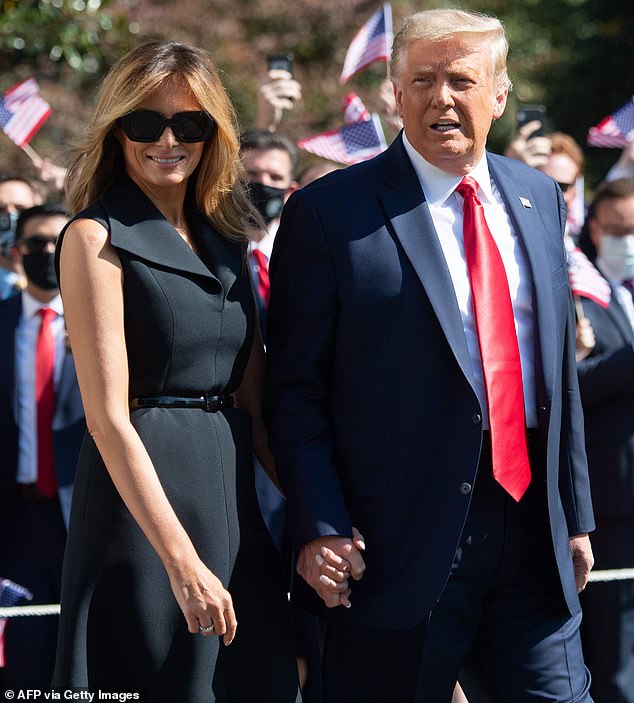 President Donald Trump and First Lady Melania Trump held hands as they headed to Nashville, Tennessee, on Thursday for the final presidential debate 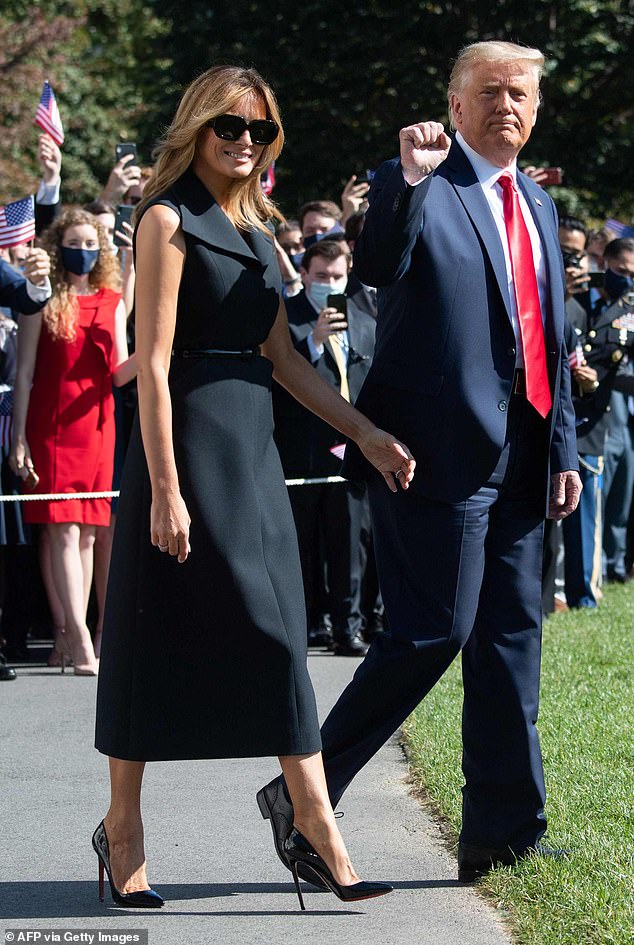 The 50-year-old First Lady paired the minimalist midi frock with class black pumps and a pair of oversized black sunglasses.

The former model’s highlighted brown hair was styled loosely around her shoulders, and she stuck with her signature makeup: dark, smokey eyeshadow and a pink lip.

Melania and President Trump held hands as they walked across the South Lawn of the White House with smiles on their faces.

They were still holding hands when they stepped off Marine One at Joint Base Andrews in Maryland and walked across the tarmac to board Air Force One.

The trip was the first time Melania has been out publicly since she was diagnosed with COVID-19 earlier this month. 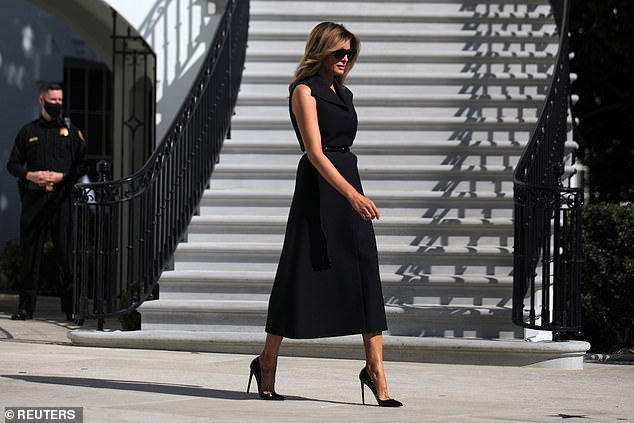 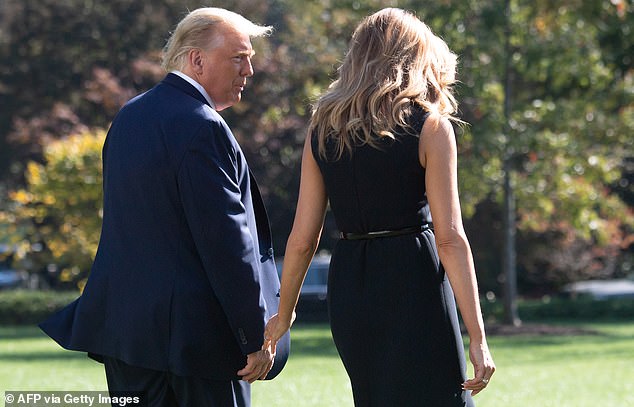 Melania canceled her trip to Pennsylvania on Tuesday night to campaign with President Trump hours before she was due to travel, citing a ‘lingering cough’ after her battle with COVID.

‘Mrs. Trump continues to feel better every day following her recovery from COVID-19, but with a lingering cough, and out of an abundance of caution, she will not be traveling today,’ her chief of staff Stephanie Grisham said in a statement.

Tuesday’s campaign rally in Erie, Pennsylvania, was to be her first public appearance since her bout with coronavirus.

President Trump was asked how she was doing when he did a telephone interview with ‘Fox & Friends’ on Tuesday morning.

Melania has a limited campaign schedule ahead of the 2020 presidentia election.

The First Lady spoke on the second night of the Republican National Convention from the White House Rose Garden, but that was her last public campaign event this year.

She was also diagnosed with COVID-19 as the same time as the president, but recovered in the White House residence, using rest and vitamins.

Melania announced last week she had recovered from the virus.

Unlike the president, she didn’t check into the hospital after her diagnosis with COVID. She said she had minimal symptoms but admitted it hit her like a ‘roller coaster.’

She also said she treated herself with a ‘natural route’ — opting for vitamins and healthy food — indicating she did not take a heavy course of medication as the president did for his illness.

‘I was very fortunate as my diagnosis came with minimal symptoms, though they hit me all at once and it seemed to be a roller coaster of symptoms in the days after,’ she wrote in an essay published on the White House’s website.

‘I experienced body aches, a cough and headaches, and felt extremely tired most of the time. I chose to go a more natural route in terms of medicine, opting more for vitamins and healthy food.’