Home U.S Professor's email claims he has to cancel class because of a gunshot,...
U.S

Professor's email claims he has to cancel class because of a gunshot, COVID-19, and a divorce

A professor’s alleged email claiming he had to cancel class because he got shot, has COVID-19, and is going through a ‘messy’ divorce has gone viral  — and people have a lot of questions.

Twitter user @decentbirthday shared a screenshot of the wild message that was purportedly sent by an English teacher named Patrick Wilson last Monday, writing: ‘Just received this rollercoaster of an email from one of my professors.’

‘Unfortunately, I have to reschedule the exam, and I will have to cancel class on Thursday. Against my best wishes, I have been shot and being treated in the ER,’ the email reads. 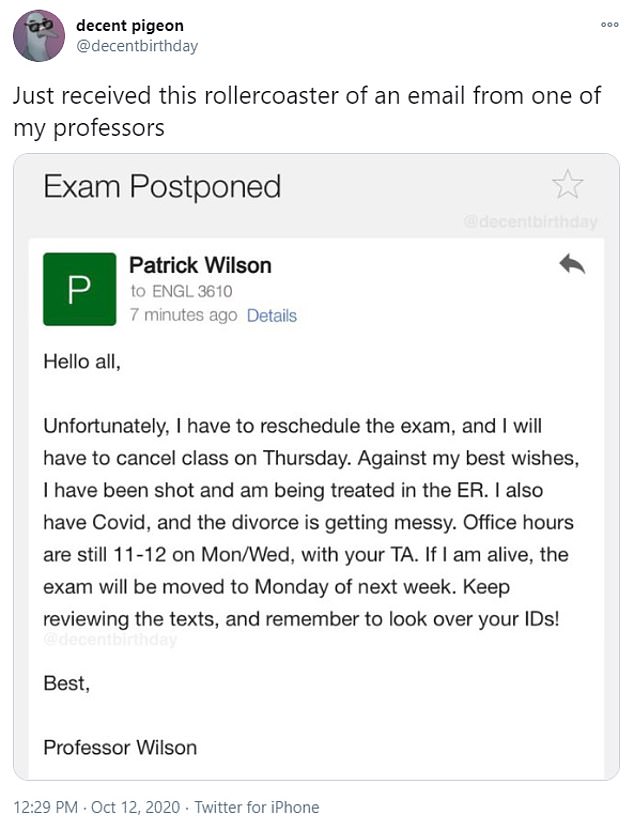 Shocking: Twitter user @decentbirthday shared a screenshot of the wild message that that was allegedly sent by an English professor named Patrick Wilson last Monday 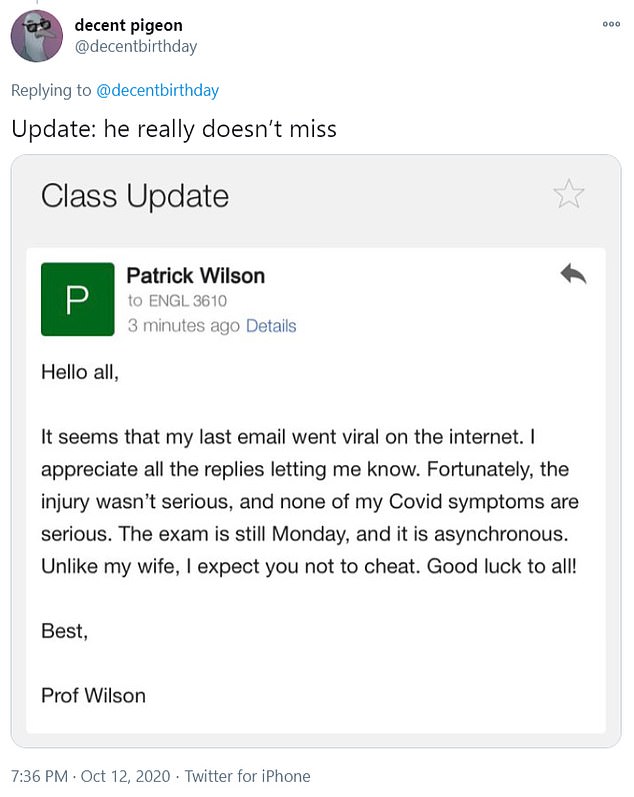 Still going: After the emails went viral, the professor purportedly sent a follow-up reassuring his students that he will be fine while revealing his wife had cheated on him

‘I also have Covid, and the divorce is getting messy. Office hours are still 11-12 on Mon/Wed, with your TA. If I am alive, the exam will be moved to Monday of next week. Keep reviewing the texts, and remember to look over your IDs!’

Shortly after the message went viral, the professor allegedly sent a follow-up reassuring his students that he will be fine — while revealing his wife had cheated on him.

‘It seems that my last email went viral on the internet,’ the second email reads. ‘I appreciate all the replies letting me know. Fortunately, the injury wasn’t serious, and none of my Covid symptoms are serious.

‘The exam is still Monday, and it is asynchronous. Unlike my wife, I expect you not to cheat. Good luck to all!’ 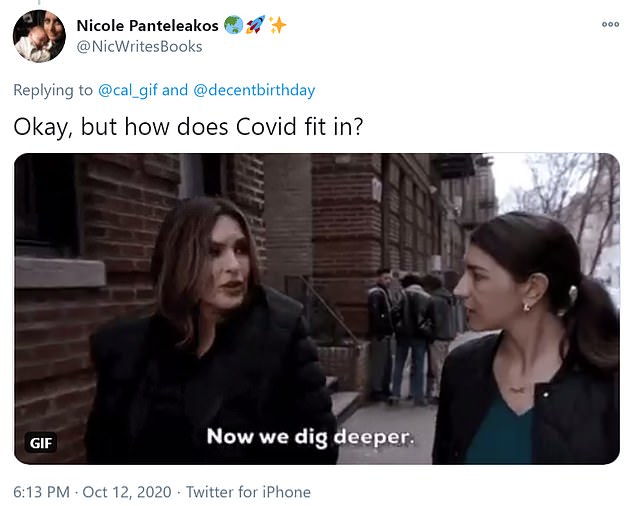 Going viral: Commenters had plenty of questions and theories regarding the strange email, including model Martha Hunt

The tweets have received thousands of comments, with many desperate to know who shot him and why.

‘Is the divorce and the gunshot related or not?’ one person asked.

‘I wonder if being shot and the messy divorce have anything to do with each other,’ another wrote.

‘Betting the shooting had to do with the divorce. My man is going through it wow,’ someone else commented.

Even model Martha Hunt was invested in the mysterious gunshot wound.

‘Miss Scarlett in the conservatory with the revolver,’ she tweeted, referring to the femme fatale from the murder mystery game Clue.

Some Twitter users insisted that the email had to be a work of fiction, while others searched for the professor online. 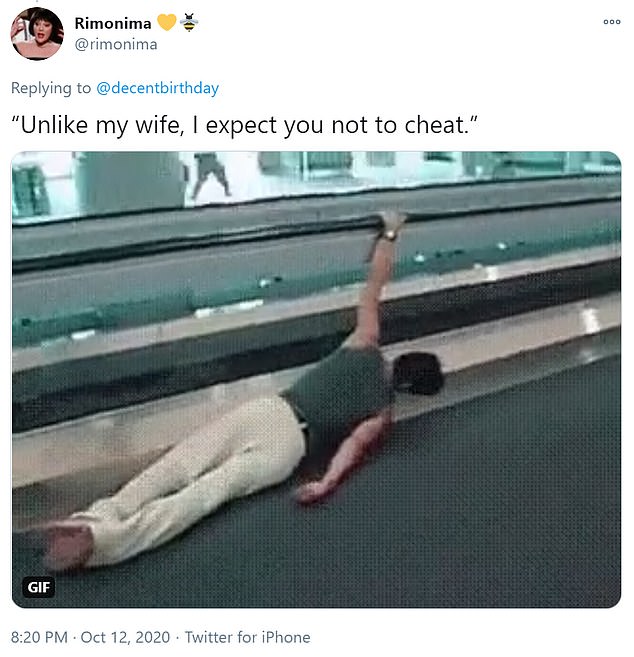 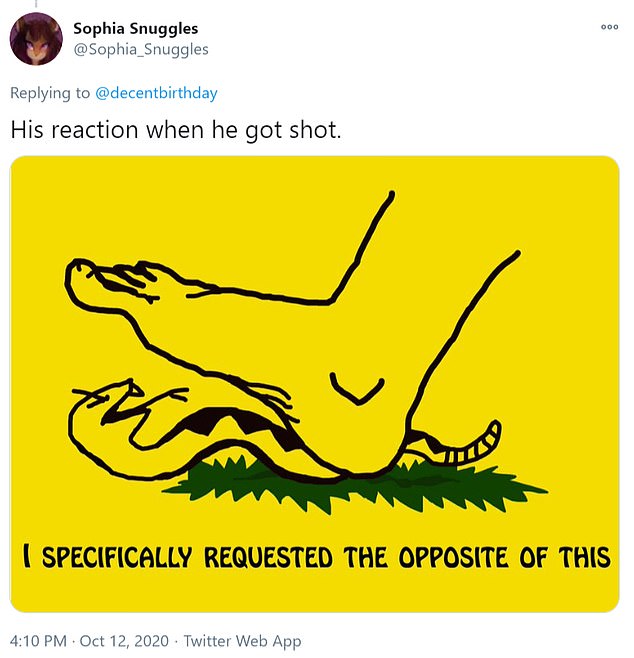 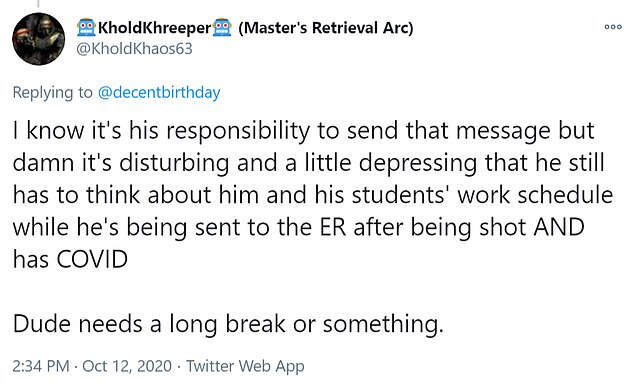 Thoughts: Many commenters were undoubtedly invested in the drama, but there were those who found the messages to be more upsetting than amusing

There appears to be an English professor named Patrick Wilson who teaches at Coastal Pines Technical College, but it’s unclear if he is the one behind the alleged emails.

Many commenters were undoubtedly invested in the drama; however, there were those who found the messages to be more upsetting than amusing.

‘Coming from the point of view of an educator, this is massively unprofessional. There is a line between establishing rapport and oversharing. This email blows up that line,’ one Twitter user commented.

‘I know it’s his responsibility to send that message but damn it’s disturbing and a little depressing that he still has to think about him and his students’ work schedule while he’s being sent to the ER after being shot AND has COVID Dude needs a long break or something,’ someone else shared.

Things got even stranger when a woman named Alice claimed she is Professor Wilson’s estranged wife and defended her infidelity in a series of tweets. 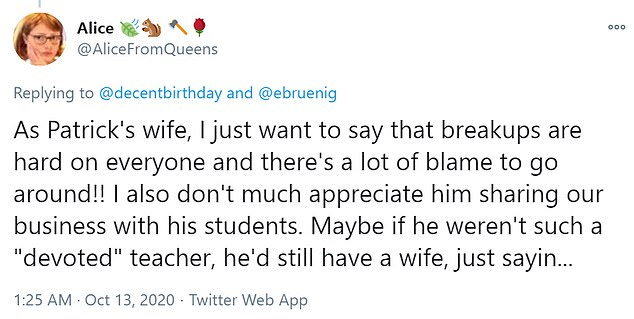 The plot thickens: A Twitter user named Alice claimed she is Professor Wilson’s estranged wife and defended her infidelity in a series of tweets

‘As Patrick’s wife, I just want to say that breakups are hard on everyone and there’s a lot of blame to go around!!’ she wrote. ‘I also don’t much appreciate him sharing our business with his students. Maybe if he weren’t such a “devoted” teacher, he’d still have a wife, just sayin…’

When a Twitter user responded to her message, insisting that ‘cheating on someone is never an option,’ Alice hit back.

‘Hate to break it you, but cheating is ALWAYS an option,’ she commented. ‘The moral of the story is don’t be a husband like Patrick who forced me to cheat by putting his work ahead of his marriage.’

In subsequent tweets, she claimed that her husband is a ‘difficult man who is devoted to his work’ and had ’emotionally abandoned’ her when she needed him.

‘He was jealous of my Twitter success. You don’t realize what a strain this can put on a marriage,’ she added.

Many people asked her if she had shot Professor Wilson, but she refused to explain what happened or if she was involved.

‘I had nothing directly to do with his shooting and anyway he’s not seriously hurt,’ she tweeted.

The New York Police Department is planning to deploy more than a 100 officers to the city's transit system following a string of...
Read more

Joshua Wong and two other prominent pro-democracy activists in Hong Kong have been taken into police custody after pleading guilty to charges related...
Read more

Not only is this an opportunity to burn-off any excess energy, but you should also have something constructive to show for your endeavours.Aries...
Read more
Load more