Proposed Utah bill would absolve drivers of wounding, killing protesters in some cases 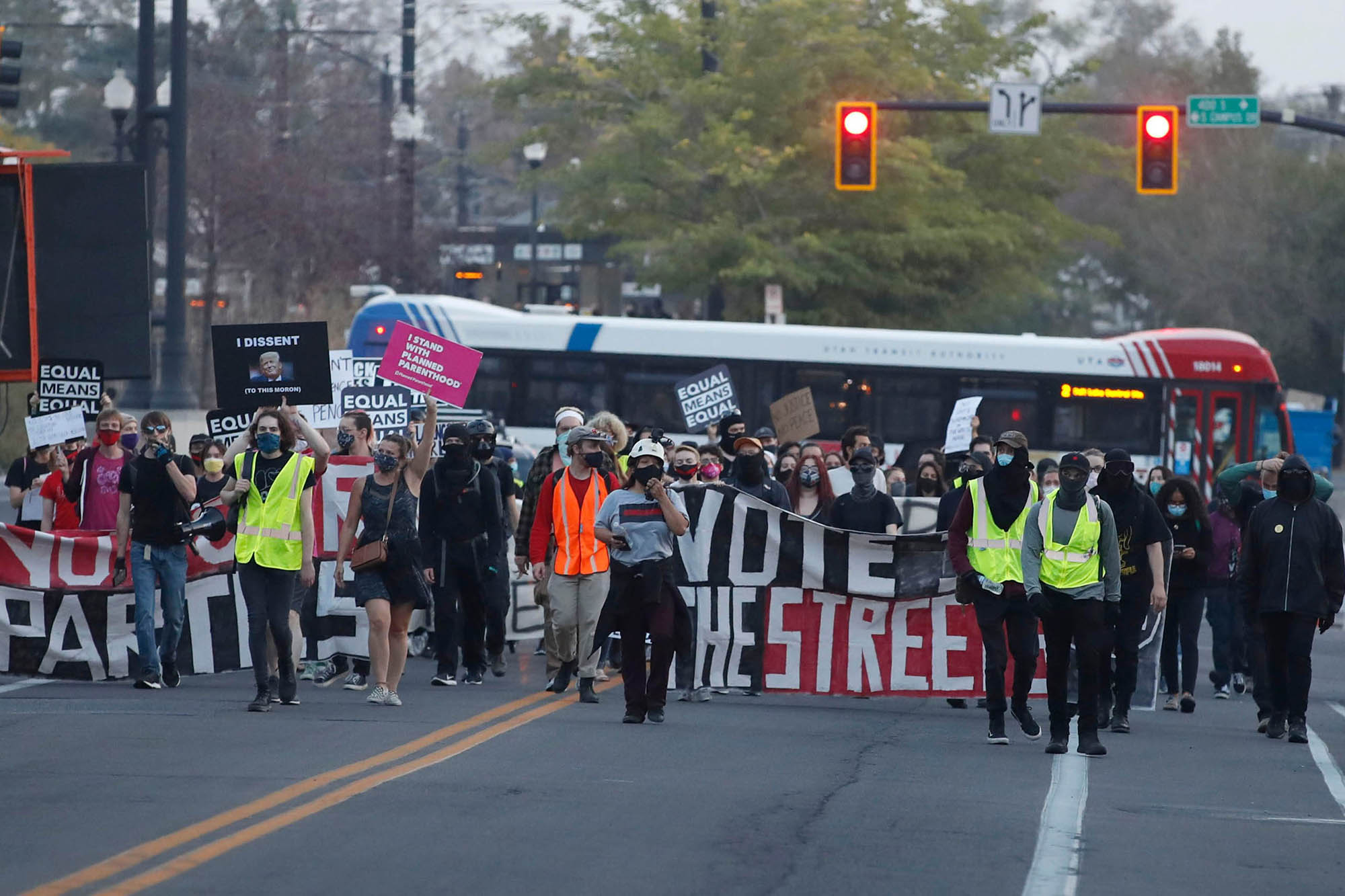 A Utah lawmaker wants to clear drivers of criminal liability if they accidentally injure or kill protesters during a riot under certain conditions.

The proposed legislation by Republican state Rep. Jon Hawkins “eliminates criminal responsibility” of a motorist for injuring or fatally wounding someone during a riot if the driver feared for their life and was “exercising due care” at the time.

The bill also seeks to make intentionally blocking traffic during widespread civil unrest a third-degree felony, which is punishable in Utah by up to five years in prison.

“We respect the right of the people to peacefully assemble,” Hawkins told the Law Enforcement and Criminal Justice Interim Committee Tuesday, according to the Salt Lake Tribune. “When that peaceable assembly becomes a violent assembly, that’s what we’re trying to determine and enhance the penalties on.”

State law already prohibits blocking roadways or sidewalks, but Hawkins’ legislation would enhance that crime to a felony if it’s part of a riot, the newspaper reported.

Utah criminal code currently defines a riot as two or more people “knowingly or recklessly” engaging in violence that creates a substantial risk of causing public alarm, but does not contain language pertaining to roadways, according to KSL-TV.

Reaction to the proposed bill — which passed by a vote of 8-6 and now moves to the full Legislature to consider during its general session in January — was decidedly mixed, the station reported.

Weber County Sheriff Ryan Arbon said he supported the measure, claiming it would allow cops to more easily remove people from streets and allow emergency vehicles to move quicker during protests, according to the station.

Arbon also cited conversations he’s had with cops in Portland, Oregon, where months of protests broke out following the May police-custody death of George Floyd in Minneapolis.

Recalling one chat with an Oregon police official, Arbon said a daughter was trying to get her father to a hospital but was “blocked and stopped” by a crowd, the Salt Lake Tribune reported.

“It’s those situations that were very troubling for Portland to deal with,” the sheriff told lawmakers. “The current crime, if you will, of blocking the traffic was so minor, [there] was just very little or nothing they could do about it.”

But critics said the bill is addressing a problem that’s not a major concern in Utah, KSTU reported.

“This bill is really responding to protests that we’ve seen in other states, in Portland or in Seattle,” Lauren Simpson, policy director of the Alliance for a Better Utah, told the station. “It’s not really even responding to a situation that happened here … They’ve made such strides toward criminal justice reform. This is a major, major setback.”

A berserk woman went on a booze-related rampage — smashing hundreds of bottles of wine and spirits inside a British supermarket Wednesday. The woman...
Read more
News

President Trump had words for these NFL players who kneeled during the national anthem. “No thanks!” the president wrote on Twitter Wednesday. Trump fired off...
Read more