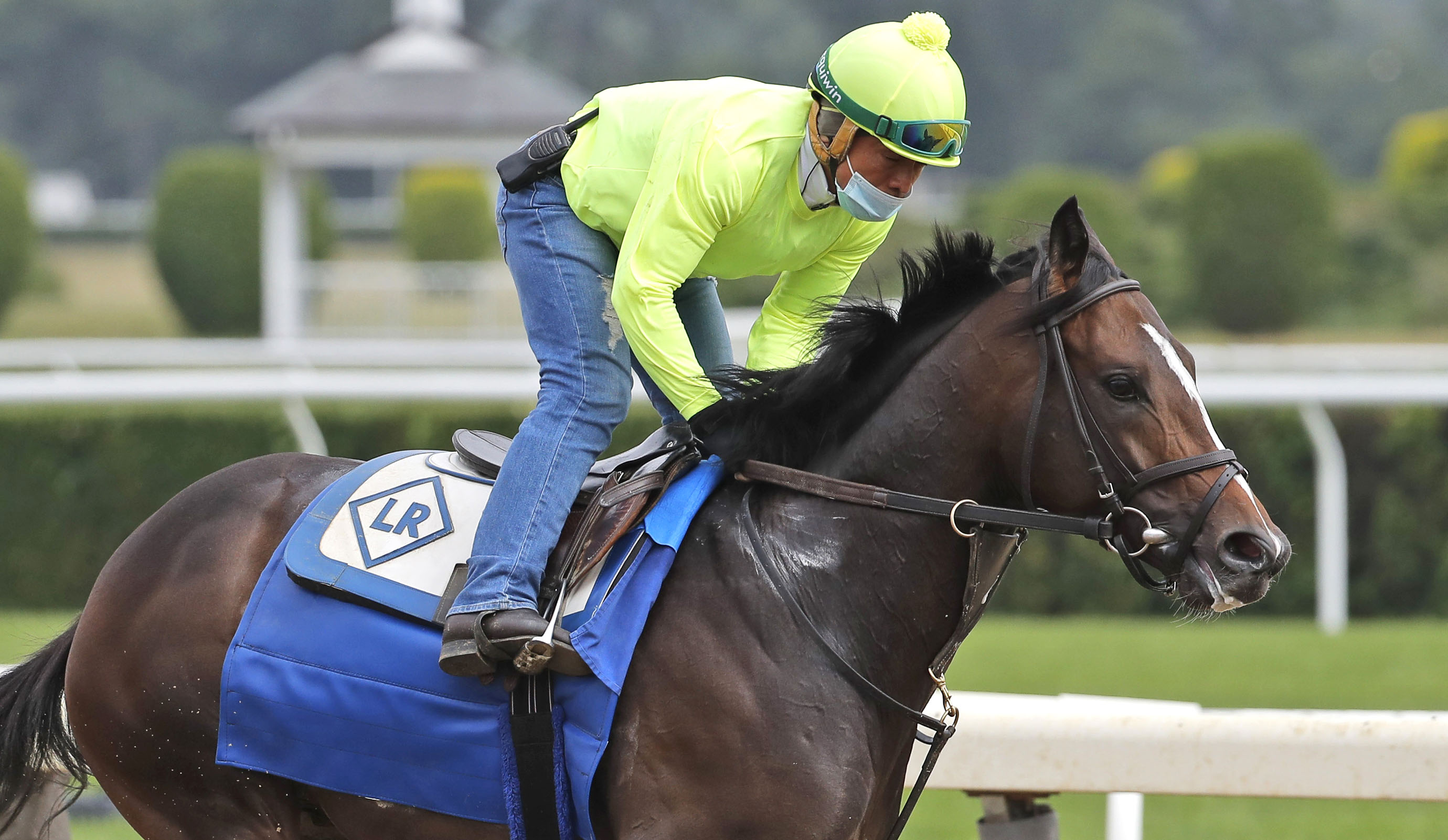 The 152nd Belmont Stakes will include a horse of the people like never before.

Max Player may not be the favorite Saturday, with 15-1 odds, but he will have plenty of backing as a Triple Crown contender that is partially owned by anyone willing to fork over at least a $100 investment.

George Hall, who won the Belmont Stakes in 2011 with 24-1 underdog Ruler on Ice, is the majority owner of Max Player. But the other 14 percent is owned by SportBLX Thoroughbreds, which Hall co-founded with Joe De Perio, to allow fans to buy a share of its horses, including Max Player.

“Even if you own a very tiny piece of a horse, it makes the race that much more exciting,” Hall said Thursday in a phone interview. “The people that normally would watch the Belmont Stakes that own even a very small piece of the horse are going to be even more excited about the race. So I think Max Player’s gonna have a lot of fans out there.”

For a minimum of $100 and a maximum of $25,000, fans can invest in the portfolio led by Max Player and hope to reap the rewards. As of Thursday afternoon, there were more than 100 shareholders of the 3-year-old colt trained by Linda Rice and jockeyed by Joel Rosario, who won the Belmont Stakes on Sir Winston last year.

“It’s hopefully going to change the industry and we’ll bring more capital to the sport,” De Perio said. “But at least for the moment, it’s the first horse that’s being offered for a Triple Crown race.”

The idea for SportBLX was hatched in 2018. De Perio worked for Hall’s hedge fund, Clinton Group, for 15 years and the two came up with the idea to venture into sports. In 2019, they spun off the company into its own entity, with thoroughbreds just the beginning. There are other companies — like West Point Thoroughbreds, which owned a minority share of 2017 Kentucky Derby winner Always Dreaming — that offer partnerships, but De Perio said the existing syndicates “cater to more high net worth individuals.”

SportBLX also has plans to launch in basketball, with Hornets forward P.J. Washington as their first athlete, and baseball later this year, with hopes for potential ownership interests in sports franchises down the road. De Perio said they already have athletes lined up, though he was not yet ready to disclose who they are.

Max Player — an homage to a player who earns a max contract in the NBA — could be SportBLX’s first big winner.

The son of Honor Code’s journey to Saturday hasn’t always been smooth sailing — he was a slow starter while often flashing immaturity and talent early on, Hall said — but they knew he had the caliber of a horse that could run in the Triple Crown races once he won the Grade 3 Withers Stakes on Feb. 1 at Aqueduct.

Unfortunately, because of the coronavirus pandemic, that was the last time Max Player ran in a race, making it a less-than-ideal 140 days between entries. They had planned to run him in the Wood Memorial on April 4 at Aqueduct as a warm-up for the Kentucky Derby, but that never happened after racing was suspended in New York.

Though Hall and Rice considered sending Max Player to the Arkansas Derby in May, they eventually decided to keep him at home, where he will be fully rested for Saturday’s Belmont Stakes. The full 1 ½-mile race at Belmont may have benefitted Max Player, who is known as a closer, but the shortened 1 ¹/₈-mile track will have to do. Rice said Wednesday his training had “improved dramatically” in the past 60 days.

“It’s tough because Max Player’s had such a long layoff, and I would have liked to have had a race in-between,” Hall said. “But he’s training well and Linda says he’s matured a lot, so we’re pretty excited about him. But it’s still a wild card when a horse hasn’t raced in such a long time.”

Ask Amy: She wants marriage; he wants a clean shave