Quibi founder Jeffrey Katzenberg told soon-to-be laid off staffers to listen to a song from the animated film Trolls as he told them the short form video service would shutter, according to a new report.

In a video call with staff on Wednesday, an emotional Katzenberg suggested the song Get Back Up Again, sung by actress Anna Kendrick, might lift employees’ spirits, people familiar with the call told the Wall Street Journal.

Hours later, the entertainment startup that had raised $1.75 billion in capital publicly confirmed that it would wind down operations, just six months after it launched to much fanfare in April.

In the 2016 film Trolls, the song Get Back Up Again plays as Princess Poppy begins her journey through the Troll Forest. It includes the lyrics ‘if you knock knock me over, I will get back up again.’ 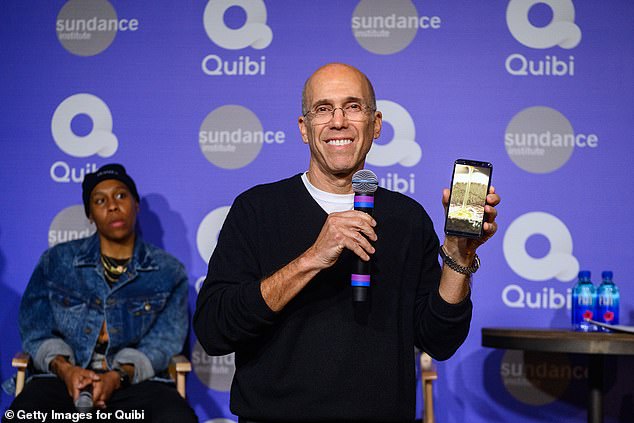 Quibi founder Jeffrey Katzenberg told soon-to-be laid off staffers to listen to a song from the animated film Trolls as he told them the short video service would shutter, sources say 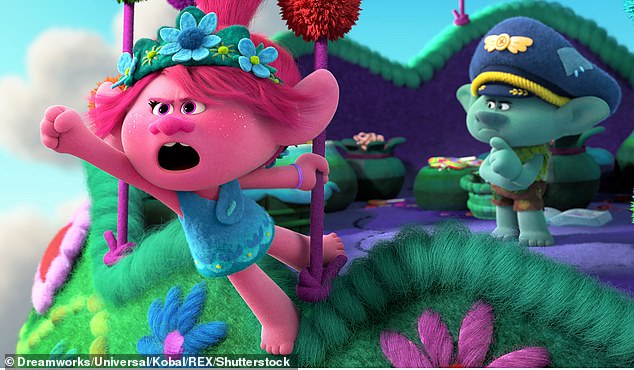 The song Get Back Up Again plays as Princess Poppy (left) begins her journey through the Troll Forest, and includes the lyrics ‘if you knock knock me over, I will get back up again’

A Quibi spokesperson did not immediately respond to an inquiry from DailyMail.com regarding Katzenberg’s music recommendation.

In an open letter, Katzenberg and Quibi CEO Meg Whitman, the former chief executive of eBay, thanked Quibi employees for their ‘dedication and commitment’, saying they ‘genuinely loved coming to work with the most remarkable and passionate team that we have ever assembled.’

The company, which had pitched a paid subscription service for short, 10-minute videos produced at a cost of $100,000 per minute, failed to gain traction despite a massive promotional push.

Among the shows created for the service were the ‘true-crime fashion series’ Last Looks, and Chrissy’s Court, in which model Chrissy Teigan presided as a TV judge in real-life disputes.

Other series included 60 in 6, a six-minute version of the revered news-magazine show 60 Minutes, and Murder House Flip, in which a team renovates a house in which a murder has occurred and tries to sell it.

Katzenberg, a former top exec and Disney and CEO at DreamWorks, said on Thursday that Quibi had failed so spectacularly because they ‘asked people to pay for it before they understood what it was.’ 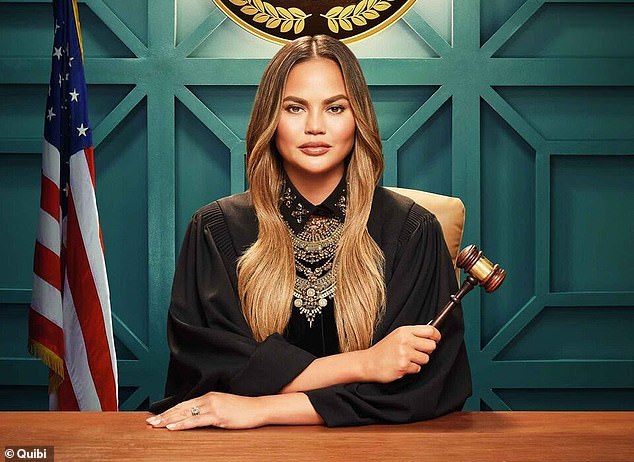 ‘We had a new product. We asked people to pay for it before they actually understood what it was. I think we thought there would be easier adoption by people to it,’ Katzenberg told CNBC.

In their open letter, Katzenberg and Whitman said the pandemic may have played a role in Quibi’s failure. The service launched in April, at the height of the crisis in New York City, and struggled to break though wall-to-wall coverage and gain widespread notice.

‘Quibi is not succeeding,’ they wrote. ‘Likely for one of two reasons: because the idea itself wasn’t strong enough to justify a standalone streaming service or because of our timing.’

The name ‘Quibi’ was an abbreviation of ‘quick bites,’ highlighting its video content designed to be viewed on-the-go from a mobile device.

Targeted strongly at Millennials and Gen Z, Quibi hoped to position itself as a hip, mobile-first alternative to established streaming giants Netflix, Amazon Prime, and Disney+.

Instead, the troubled service has been plagued by worries, including anemic subscription numbers, disappointing viewership, and a patent infringement lawsuit financed by powerful hedge fund Elliot Management. 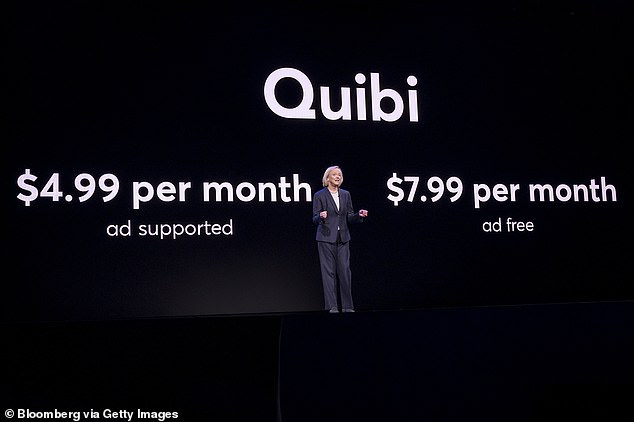 With a shutdown imminent, Quibi’s many financial backers now face a total loss of their investments – though on Thursday, Katzenberg said the company had about $350 million in cash remaining, which would be returned to investors.

Quibi said in a statement to DailyMail.com: ‘Following the Company’s wind down and satisfaction of all liabilities, the remaining funds will be returned to its investors as specified in the company’s operating agreement.’

In a last ditch effort to save the business, Katzenberg had tried to sell its catalog of programming to several companies including to NBCUniversal and Facebook – both of which declined, according to The Information.

Katzenberg ‘has told people in the industry that he may have to shut down the company’ if a buyer could not be found quickly, the news site said, citing a person who spoke to him.

Quibi did not immediately respond to multiple requests for comment from DailyMail.com on Wednesday.

According to The Information, Katzenberg contacted Eddy Cue, an Apple vice president and WarnerMedia CEO Jason Kilar, as well as Facebook and NBCUniversal. There was no interest, the site reported. 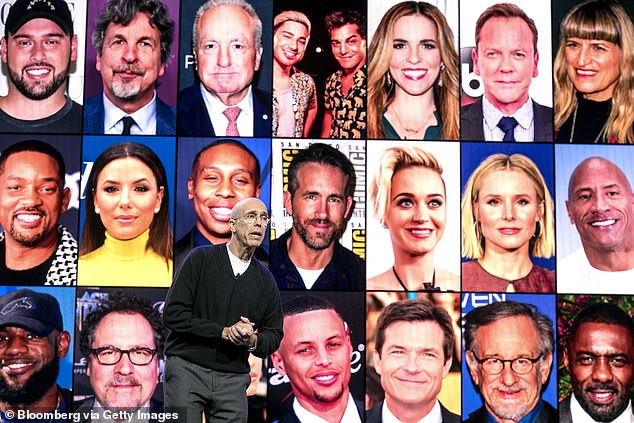 Jeffrey Katzenberg, chairman and founder of Quibi, stands in front of the photos of celebrities who were attached to the streaming service startup

The company was paying $100,000 a minute for feature films – a rate comparable to big productions by Netflix, Amazon, HBO Max or Disney+, Quibi CEO Meg Whitman has said.

Seeking to attract more customers, Quibi increased its trial offer from two weeks to 90 days, while the subscription price – $5 per month with advertising or $8 without — was comparable to the Disney+ service.

Quibi had reportedly been counting on several million subscribers by April 2021, but six months after its launch it had only a few hundred thousand, including those who got the service for free via their service provider.

‘Quibi was founded to create the next generation of storytelling,’ Katzenberg said in a statement to DailyMail.com. ‘The world has changed dramatically since Quibi launched and our standalone business model is no longer viable.’

Netflix has been accused of trolling the Royal Family after a ‘sinister’ post on its official social media account prompted a wave of...
Read more
U.S

Joe Biden says his inauguration will NOT have million-strong crowd on...
Read more
U.S