Home Sport Ralph Hasenhuttl opens up about being ravaged by a deadly virus eight...
Sport

‘I was more than two weeks in hospital and in intensive care’: Ralph Hasenhuttl opens up on his battle with Hantavirus in 2012 as high-flying Southampton look to maintain impressive form against Wolves

By Adrian Kajumba For The Daily Mail

Ralph Hasenhuttl has opened up about contracting a potentially fatal disease that left him fighting for survival.

As he looked down from the upper reaches of the Premier League in this Covid-hit season and prepared for Monday night’s trip to Wolves, the 53-year-old Austrian recalled a time when he feared that not just his career, but also his life, was on the line.

Southampton manager Hasenhuttl had just led Aalen to their greatest achievement, promotion to Germany’s second division in 2012, when he was struck down in pre-season ahead of their first-ever campaign at that level. 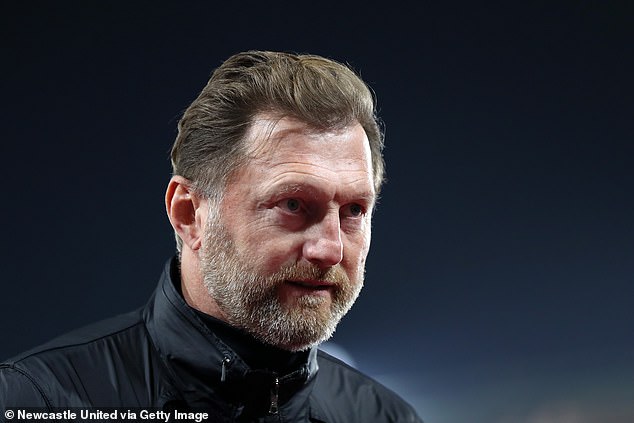 He was diagnosed with Hantavirus, which left him in hospital with a high fever, weakened kidneys and in agonising pain.

He suffered significant weight gain and then rapid loss. He said: ‘I know there are people dying from Hantavirus. I tried to push it away as I felt young, healthy and strong.

‘I thought, “Why should I die from this virus?” But it was definitely serious. I was more than two weeks in hospital and in intensive care. I had big pain. It was not nice. I nearly lost my job because I was out for a long time.

‘You have to wait until your body creates antibodies and then hope to survive.

‘I had just been promoted with a third league team to the second tier. I didn’t know when I could go back. When I came back just before the season, I was without power, without energy. It was not easy.’

The Covid crisis has brought back memories Hasenhuttl had been keen to forget.

‘It’s human that you forget the pain, what you went through, and that’s good,’ he said.

‘If you didn’t, I think life would not be very nice. I can really put things aside and not think about them any more. The longer it goes on, the less you think about it.’ 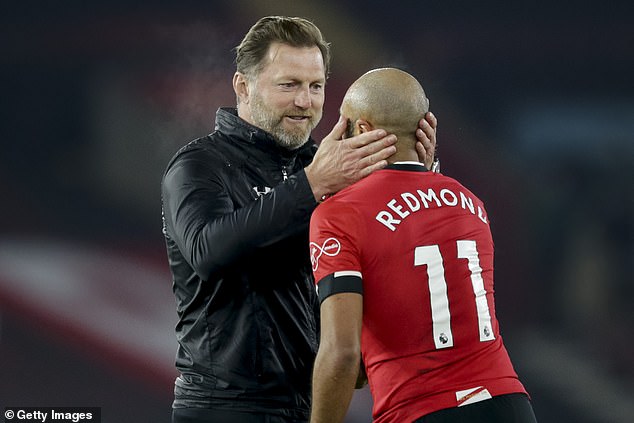 Turning his thoughts to current matters, Hasenhuttl is keen to move on from Southampton’s historic two-day spell as Premier League leaders, a height they hit for the first time ever before the international break.

While acknowledging what being top meant to the supporters, he was not acting for the cameras when he insisted he was not unhappy about his Southampton side being overtaken.

Southampton’s flirtation with top spot gave his players a taste of the high life, but having sides to chase is keeping them hungry and fuelling their desire to dispute those who doubt how good they are.

He said: ‘Guys are discussing what we’re doing differently, why it’s working well and you can feel why everyone around here is focused on their job. This is what I like to see. The table is interesting at the end of the season, not now.’ 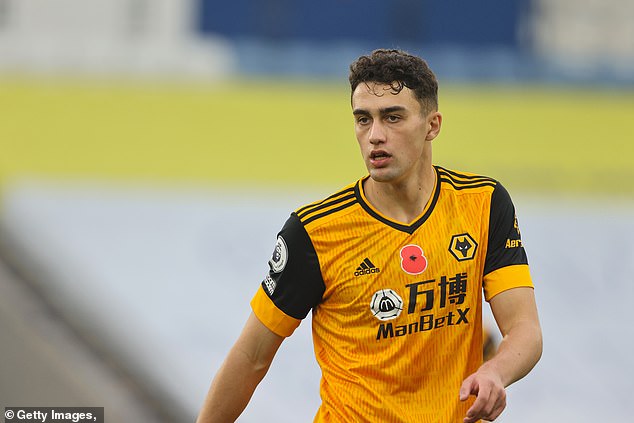 ‘It is a moment of sadness. It is a very hard moment for Max. We are here to support him and help him,’ said Nuno.

‘Losing a father, I can’t imagine anything worse. We are here to support him but he is a strong boy. He is training, but the sadness doesn’t go away. We know we have to overcome the situation.

‘This is what Max is doing with the help of all of us. We love each other so we help each other.’

Sacramento County Sheriff Scott Jones has tested positive for COVID-19 after he refused to enforce California's mask mandate or nighttime curfew and refused to...
Read more

Sasha Obama has a SoundCloud account so secret that not even a former president is allowed to see what’s on it. President Barack Obama...
Read more
Load more

Sacramento County Sheriff tests positive after he refused to enforce the...