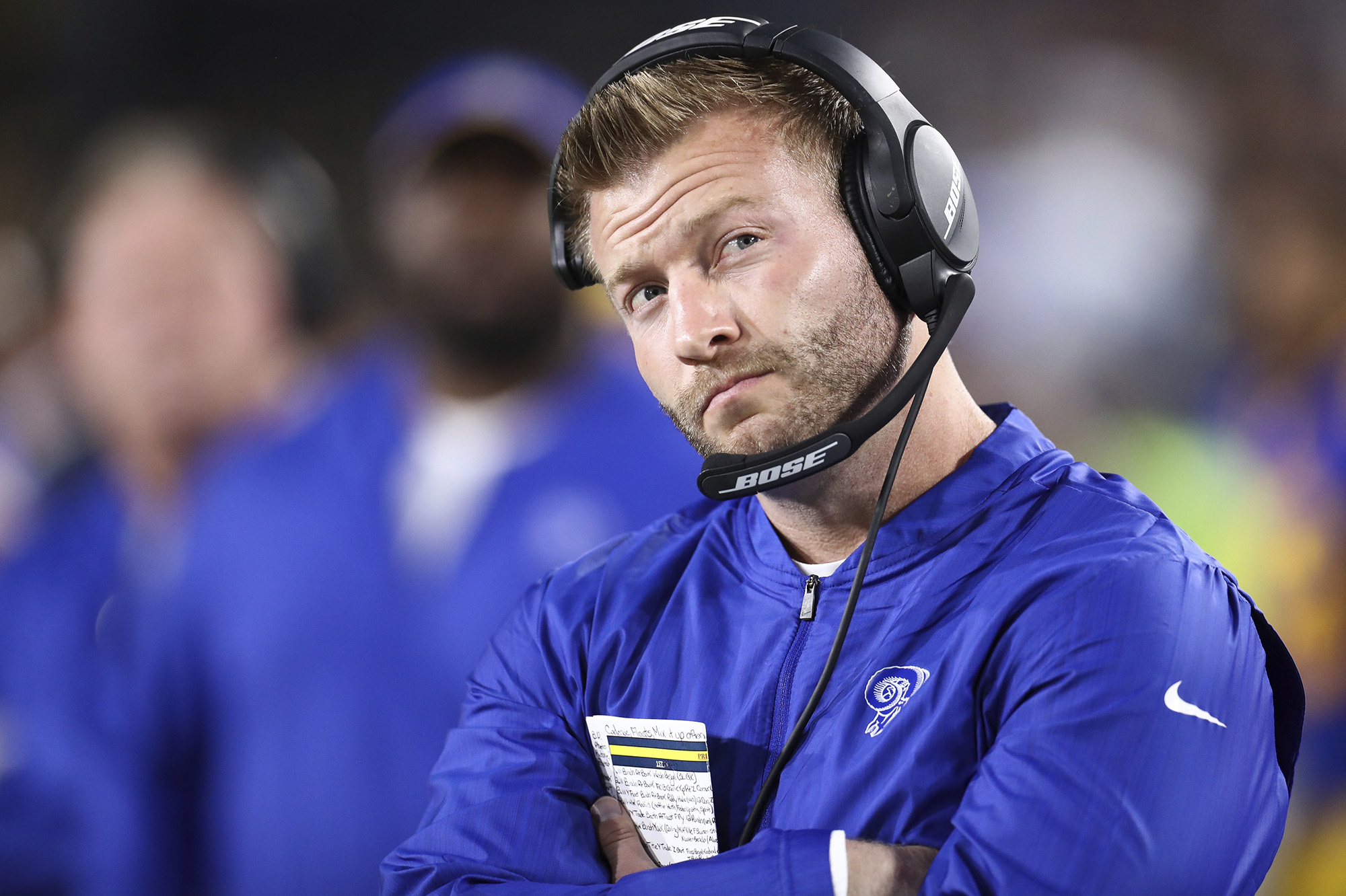 Count Sean McVay among a growing chorus of doubters unsure how football can take place amidst the novel coronavirus pandemic and the guidelines the league wants to institute as safety measures.

On a Zoom call to announce the new season of the HBO reality series “Hard Knocks” that will chronicle the Rams and Chargers during training camp, McVay questioned how the sport can be played with the virus still wreaking havoc nationwide.

“It is a bit mind-numbing,” McVay said. “We’re sitting here talking about handless doors? We’re going to social distance, but we’re playing football? I don’t get it!”

The social-distancing protocols – keeping six feet between one another – includes the locker rooms, meeting rooms and practice facility. Obviously, it will be tough to follow on the actual field and in the huddle.

“Is this crazy, coach Lynn?” McVay added, asking Chargers coach Anthony Lynn. “We’re talking about some of this stuff and we’re playing football. I mean we’re going to social distance but we play football? Hey, this is really hard for me to understand all this. I don’t want to be. … I don’t get it. I really don’t.”

Ravens coach John Harbaugh had a similar take, saying the restrictions are “humanly impossible” to follow.

“We’re going to do everything we can do. We’re going to space, we’re going to have masks,” Harbaugh said Thursday on 105.7 The Fan in Baltimore. “But, you know, it’s a communication sport. So if we want to get out there and have any idea what we’re going to be able to do, we have to communicate with each other in person. We have to practice.”

These comments came on the heels of Dr. Anthony Fauci telling CNN if the NFL wants to have a season, it needs to adopt the NBA’s plan of playing in a bubble and isolating players and team personnel.

“If there is a second wave, which is certainly a possibility and which would be complicated by the predictable flu season, football may not happen this year,” Fauci said.

The NFL Network reported Monday that several Cowboys and Texans players, including Pro Bowl running back Ezekiel Elliott, tested positive for the virus. Dr. Allen Sills, the NFL’s chief medical officer, said in a statement that the league is developing a “comprehensive and rapid-result testing program and rigorous protocols.”

McVay and Harbaugh, it seems, are siding with Fauci at the moment.

Joey Chestnut talks eating over 90 pounds of hot dogs in...