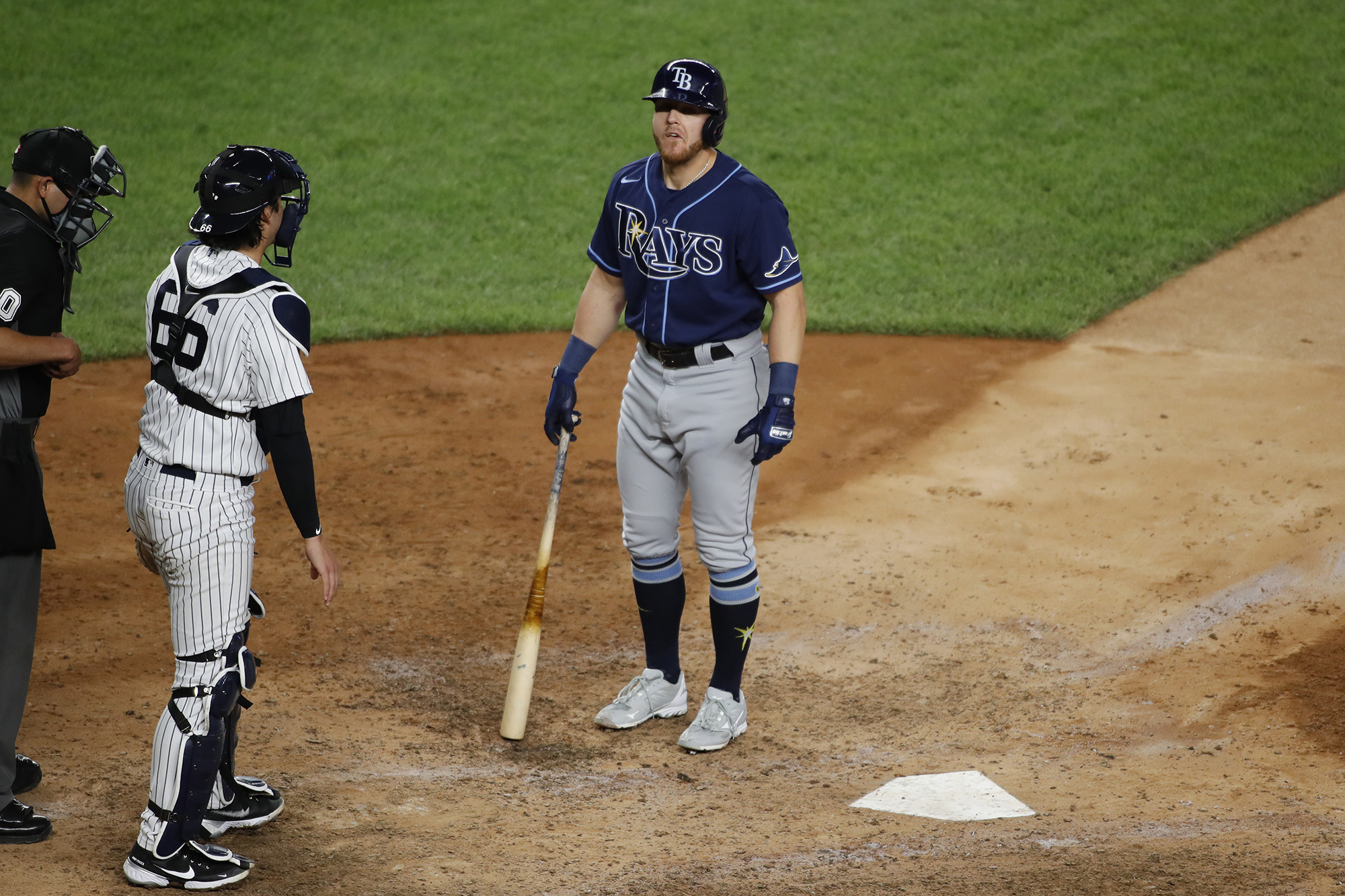 Tampa Bay Rays infielder Mike Brosseau, who nearly had his head taken off by an Aroldis Chapman 101 mph pitch Tuesday night, blasted a 420-foot, two-run home run Wednesday as part of an onslaught of runs in the first inning that saw Yankees pitcher Jordan Montgomery chased off the mound.

The Rays cheered loudly from the dugout and bullpen in the empty Yankee Stadium, as they wrapped up the inning up 4-0.

Tampa Bay couldn’t have scripted it any better following the bench-clearing skirmish the night before that was precipitated by Chapman throwing behind Brosseau’s head in the ninth inning, just the latest chapter in the bitter rivalry that has been brewing for three seasons.

The benches cleared for a few moments, though the bad blood boiled into the postgame presser when Rays manager Kevin Cash called out the Yankees and seemingly threatened them by referencing that his pitchers could throw 98 mph.

Chapman was issued a three-game suspension that he is appealing, and like most pitchers in his situation, denied intentionally throwing at Brosseau’s head-area.

Montgomery exited with the bases loaded after giving up four runs and two home runs, and was relieved by Nick Nelson.

The first-place Rays entered Wednesday night with a 3½-game lead over the Yankees.