Newly promoted Cadiz stunned Real Madrid beating them 1-0 to move on to the same number of points as them in La Liga.

Zinedine Zidane watched one of the worst first 45 minutes under his management and changed four players at the break but Anthony Lozano’s goal on 16 minutes gave the visitors the points they fully deserved.

Madrid rarely threatened in attack and were fragile at the back in the first half with Sergio Ramos at fault for the goal and not appearing for the second half with a knee injury. 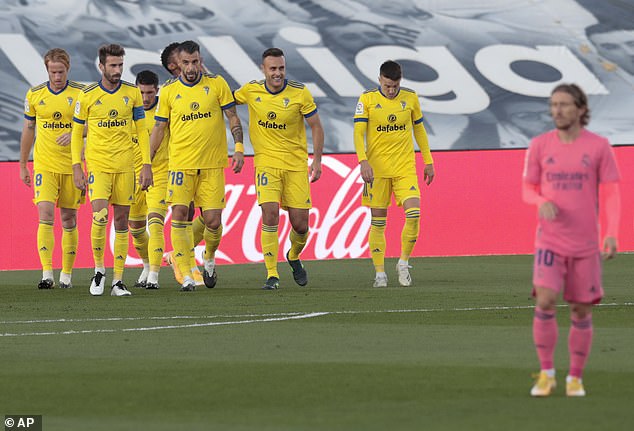 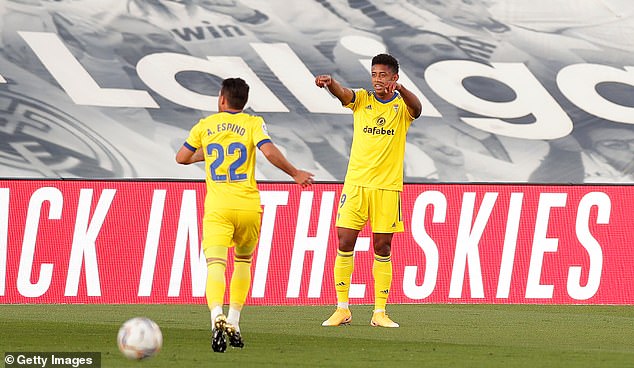 Madrid suffered an early scare with Alvaro Negredo playing against the club where he first broke through almost scored in the second minute.

His hooked shot, after a mistake from Toni Kroos, would have crossed the line but Ramos slid in to clear off the line.

Negredo was not the only Cadiz player back on familiar ground. Alex Fernandez was playing at the club where he played as a youngster and, operating on the left wing, he was directly up against his brother Nacho Fernandez, playing right back for Madrid.

The home side, playing in all-pink to promote World Breast Cancer Awareness day on Monday, had their first shot on ten minutes but Karim Benzema’s shot was comfortably saved by Jeremias Ledesma. Lucas then fired over as Madrid gradually grew into the game.

But Cadiz still looked more likely to break the deadlock. Negredo headed wide from Salvi’s cross and Juan Cala then had a long saved by Thibaut Courtois. That was Cadiz’ fourth chance in the first 15 minutes.

When finally the goal came Negredo created it. He nodded down to Lozano. The Honduras forward had got goalside of Ramos but was on side and he lifted his shot over Coutois. 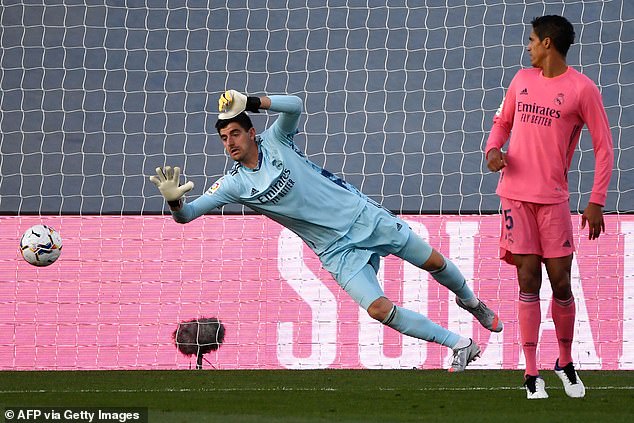 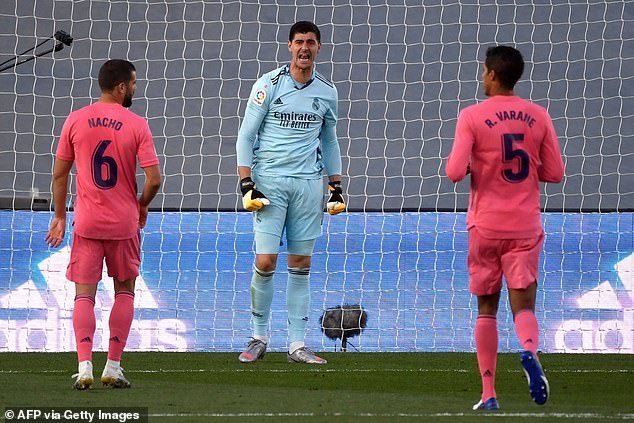 It was the first time a rival had taken the lead against Real Madrid since they moved to the Alfredo di Stefano stadium while work is finished at the Santiago Bernabeu.

Courtois then kept Real Madrid in the game with another low save to his left from Lozano’s shot.

He had raced clear from Jose Mari’s long pass. Ramos’ evening got worse when he kicked Lozano and was booked. Lozano was making life uncomfortable for Ramos who was still feeling his knee from an earlier clash.

Courtois made his one mistake of the first half and Lozano should have done better from it but somehow the margin stayed at one goal at the break.

The absence of supporters saved Madrid from what would have been a crescendo of whistles as they went in at half time. 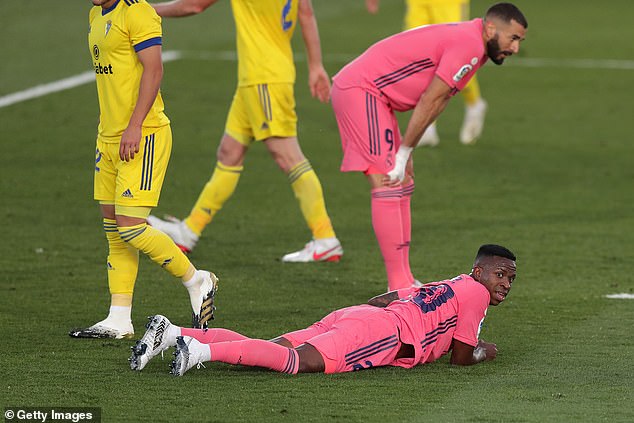 Zinedine Zidane admitted he had got his team selection horribly wrong with four changes at half time.

Militao, Casemiro, Fede Valverde and Marco Asensio replaced Ramos – who watched the second half with ice strapped to his left knee – Lucas Vazquez, Modric and Isco. That quartet will have the finger pointed at them in the inquest to the shocking first half. But he could easily have also taken off Marcelo, Kroos and even Vinicius too.

The Brazilian at least was threatening Cadiz and he had the first shot of the second half for Madrid but it never tested Ledesma.

Despite now being under more pressure Cadiz were still finding time to break out and look for the second. Negredo couldn’t get enough on a header to test Courtois and Cadiz sub Filip Malbasic almost got away from Varane who dealt with the danger brilliantly and came away with the ball. 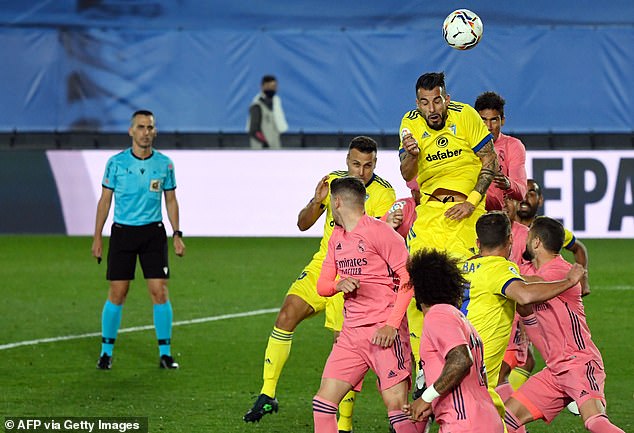 Varane then karate kicked fresh air at what was Cadiz’ 10th corner but Cali put the ball wide.

Vinicius then headed wide from Kroos’ cross. Madrid continued to press but while Cadiz have none of Madrid’s top earning superstars they had the stubborn well drilled defensive that the home side had lacked in the first half.

When Luka Jovic came on and scored from a yard out with his first touch the goal was ruled out because Benzema who had crossed was offside. The Frenchman then thumped the crossbar from just outside the area it was desperate stuff now from Real Madrid. Jovic wasted another late chance and time was blown on a game Zidane will want to forget quickly with the Clasico just a week away

'They keep changing from one system to another': Martin Keown says...
Read more
Sport

'Soon, very soon I think, my career is going to finish':...
Read more

They've only got 'benign cases': Jared Kushner tries to justify Mike Pence carrying on as normal

Jared Kushner reasoned Monday that Vice President Mike Pence is OK to continue traveling to campaign after potential exposure to coronavirus because his...
Read more

Diet Coke is just as bad for you as full fat:...
Read more

Drinking diet coke is just as bad for you as full...