A Long Island politician, who is also a renowned doctor, was arrested on Tuesday in a sting operation after allegedly trying to trade drugs for sex, reports say.

Dr. William Spencer, a legislator for Suffolk County’s 18th District, is facing drug-related charges after he was arrested behind a Goodwill store on Tuesday evening.

Law enforcement officials told NBC New York the legislator was in an official Suffolk County vehicle at the time of his arrest.

The officials said that Spencer believed he was going to meet a woman with whom he could swap pills for sex, but it was actually a sting operation. 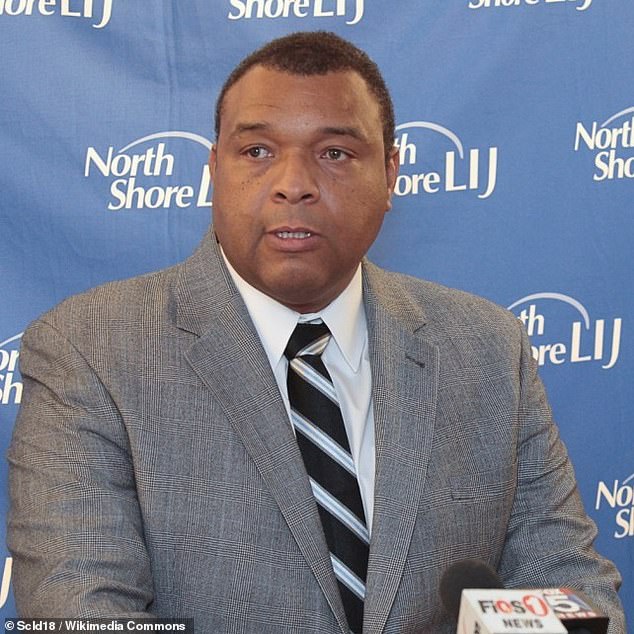 Dr. William Spencer, a legislator for Suffolk County’s 18th District, is facing drug-related charges after he was arrested behind a Goodwill store on Tuesday evening, officials said

The operation was set up by a task force led by the Suffolk County district attorney’s office with Nassau County police, the sheriff’s office and agents from the Drug Enforcement Administration.

The task force was first made aware of Spencer’s alleged behavior after a previous operation, the law enforcement officials told the news outlet.

During his time in government since entering office in 2011, the ear, nose and throat specialist has been part of an opioid task force.

According to his website, Spencer has focused on drug abuse and opioid addictions and working to keep the likes of tobacco, energy drinks and powdered caffeine away from minors.

Since 2012, nearly a third of Spencer’s sponsored resolutions have been focused on health and drugs.

‘Opiate addiction has become an epidemic among our young people on Long Island and overdoses are on the rise. Some estimates say we lose one resident per day to the horrendous effects of drug use,’ his website says. 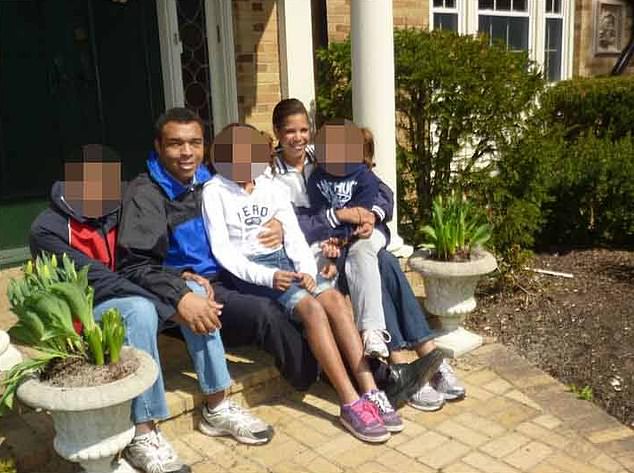 Dr Spencer (second from left) lives in Centerport with his wife, Rachel, and their three children

‘Of particular concern to Legislator Spencer are the issues of availability of good, fair-paying jobs, ensuring our children have the best education and healthy environment possible and keeping our community’s drug and violence free.

‘These are topics he will continue to focus his attention on during his second term in office.’

His website say that he graduated from the University of Connecticut School of Medicine and went on to work at St. Vincent’s Hospital and Medical Centre in New York City. 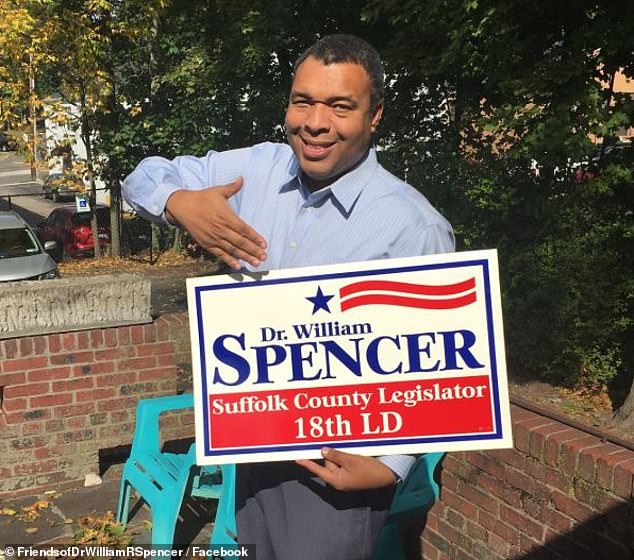 He has had his own practice in Huntington for the last 20 years – the Long Island Otolaryngology Airway, P.C.

He is also the Chief of Otolaryngology at Huntington Hospital and an associate clinical professor at Stony Brook University Hospital.

In addition to being an elected politician and a well-regarded physician, Spencer has also been an ordained minister since 1986.

According to the Suffolk County Legislature website, Spencer, who is also a licensed pilot, lives in Centerport with his wife, Rachel, and their three children.

Harvey Weinstein — the monster of Hollywood — is fighting on several fronts. The film producer who once ruled the A-list is trying...
Read more