The daughter of a hiker who has been rescued in Zion National Park after spending 12 days alone with no food and limited water says she hurt her head early on in her hike and became disoriented,

Holly Courtier, 38,  was rescued on Sunday, 12 days after vanishing in the Utah park and is now recovering in the hospital on an IV.

Courtier had taken the bus to the park for a solo hike, leaving her phone at home, after losing her nannying job as a result of the pandemic. 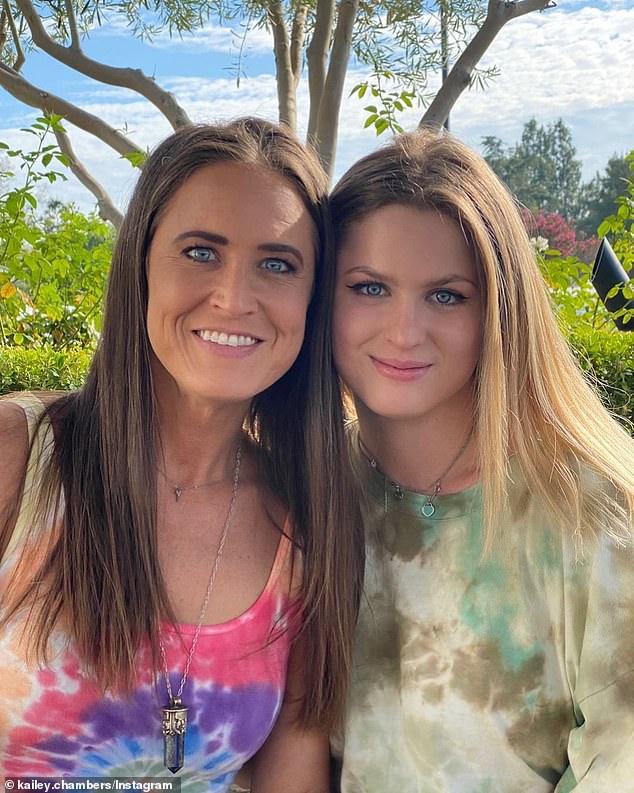 Holly Courtier, 38, left, was found on Sunday in Zion National Park after 12 days. Daughter, Kailey Chambers, right, said her mother injured after hitting her head on a tree 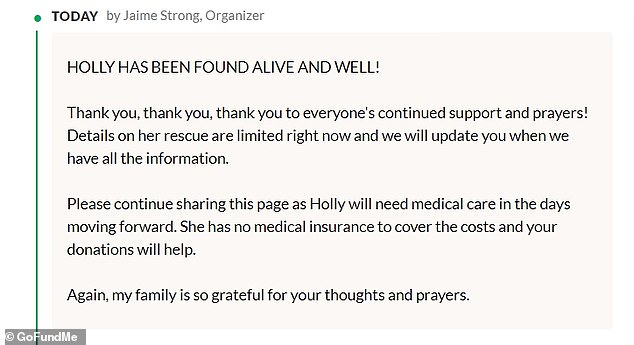 The mother-of-one spent the time surviving on ‘no food’ and ‘very little water’ before a tipster led to her being found.

‘She injured her head on a tree,’ Kailey Chambers explained on Monday to CNN. ‘She was very disoriented as a result and thankfully ended up near a water source — a river bed. She thought her best chance of survival was to stay next to a water source.’

‘She was too weak and disoriented (to seek help),’ she said. ‘She was unable to take more than a step or two without collapsing. This prevented her from being able to seek out help. She told me she was so dehydrated she couldn’t open her mouth.

Her daughter ended up seeing her mother on Monday morning and said that she was ‘getting her strength back and hydrating. She is still weak but recovering.’ 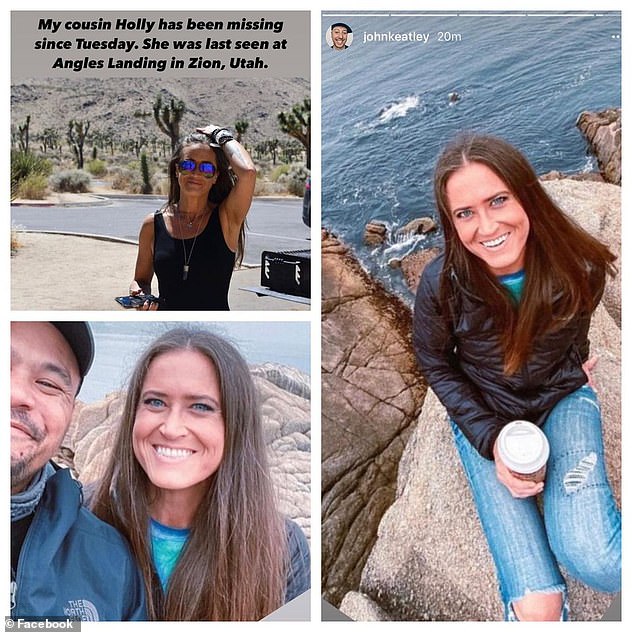 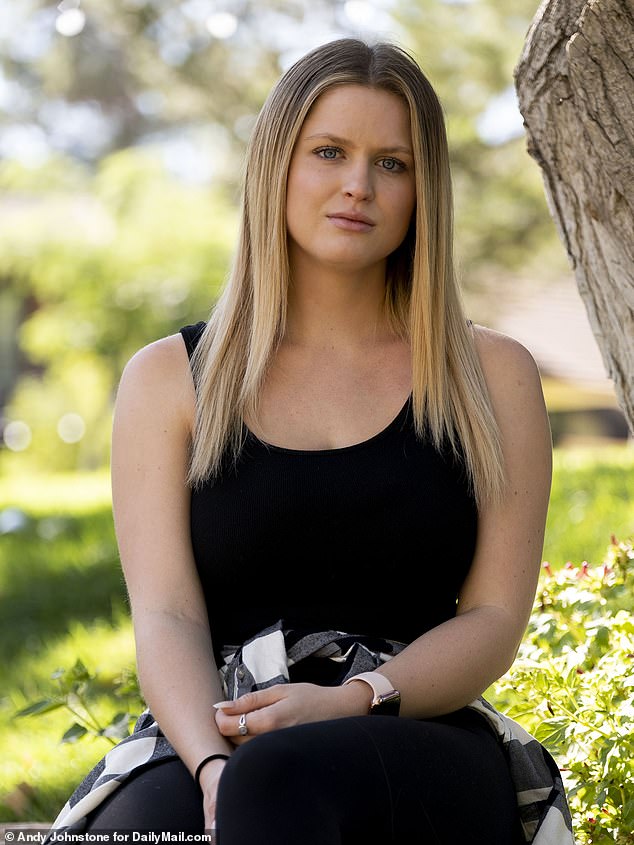 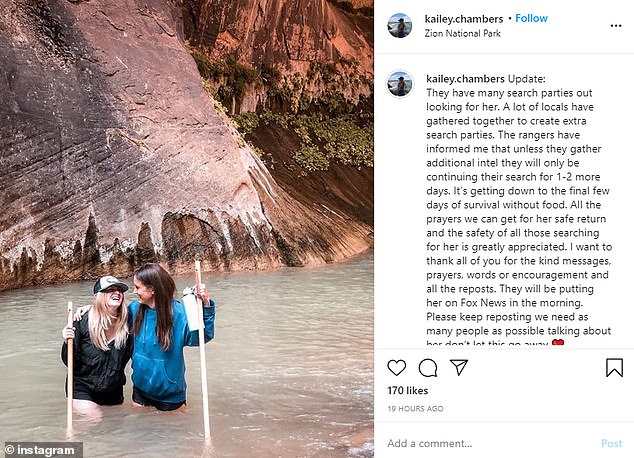 In an Instagram post last week, Kailey shared a snap from a recent trip to Zion she took with her mom 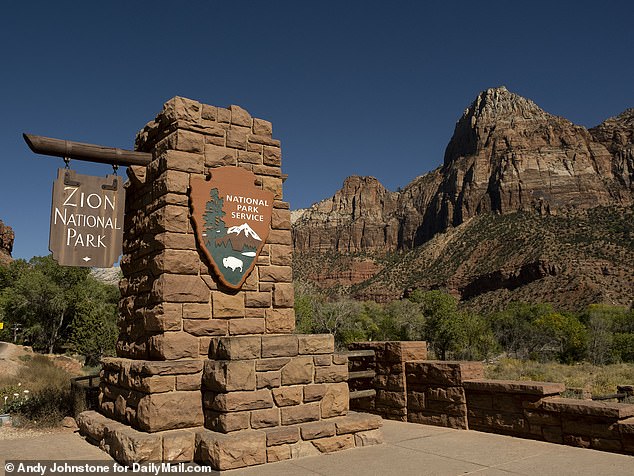 ‘We are slowly introducing foods. Her health remains our top priority,’ her daughter said. ‘My mom’s recovery is my top priority right now. … We will continue to focus on her health and will update everyone when possible.’

‘This was her dream, to see national parks,’ Chambers said. ‘She lost her job as a nanny due to COVID-19. The family could not afford to keep paying her. She made that a positive thing, said that gave her the time to get out, see the parks.’

Chambers became extremely concerned after not hearing from her mother in a week.

She ended up traveling 500 miles from San Diego to Zion to help find her mother.

‘She is in good spirits and very thankful for everyone who searched for her, especially the people who found her today and the rangers that rescued her,’ friend Kaufman White said.

They said they needed the money to pay for the search and for any medical expenses she’d incur after she was found because she has no health insurance.

The National Park Service led the search for her. 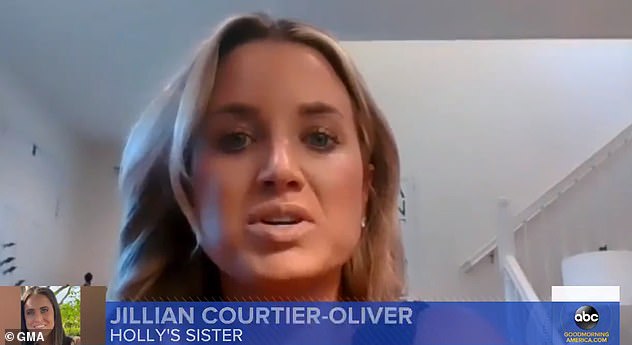 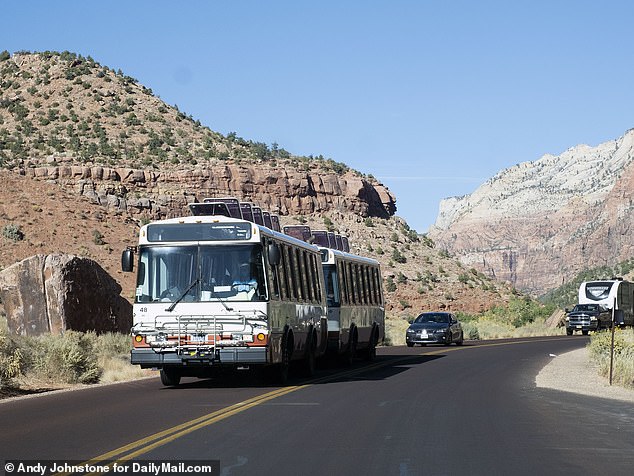 On Monday morning, one of Holly’s sisters appeared on Good Morning America.

‘We’re such a tight knit family. I can’t imagine one person gone.

‘I went out with a very experienced hiker. We actually said we’re going to step off the trails, look where she could be.

‘At one stage we’re on the edge of a cliff, rocks are falling on us and I thought, “oh my gosh if this is my sister…”

‘The moment I talked to her on the phone she said, “I love you so much” and that was her signature thing to say to people that she loved. I said, “I’m so glad you’re coming home.” 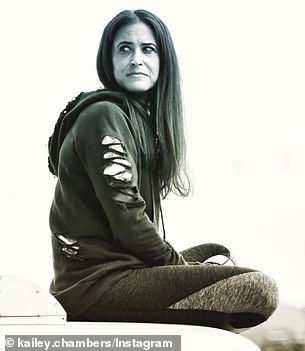 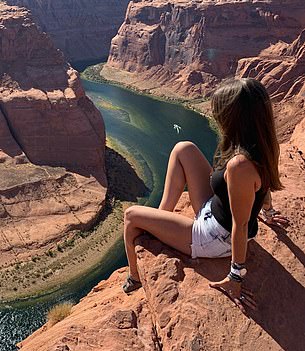 Holly, seen above in social media photos, was described by her family as an experienced hiker. She set off without her phone and had no food with her 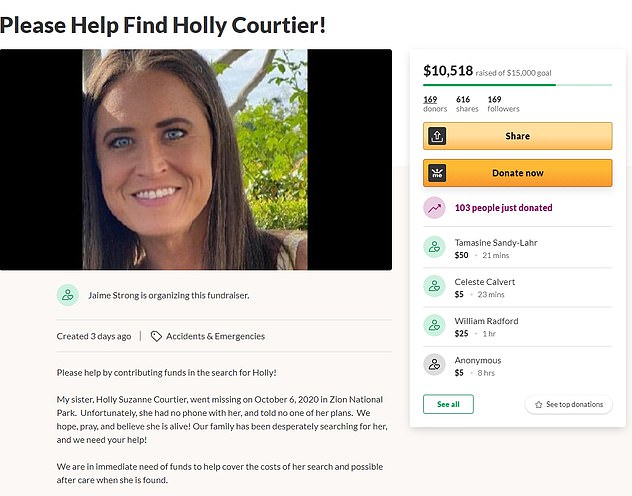 On an update on the GoFundMe page, her other sister – Jaime Strong – said the family would still need more money despite her being found.

‘HOLLY HAS BEEN FOUND ALIVE AND WELL!

‘Please continue sharing this page as Holly will need medical care in the days moving forward. She has no medical insurance to cover the costs and your donations will help.

‘Again, my family is so grateful for your thoughts and prayers,’ she said in an update.

In the expansive search for Courtier K-9 Units were deployed, drones, as well as on foot search and rescue teams.

‘We are also so grateful to the countless volunteers who were generous with their time, resources and support. This wouldn’t have been possible without the network of people who came together,’ the National Parks Service said.

Zion’s 232 square miles contain ‘high plateaus, a maze of narrow, deep, sandstone canyons, and the Virgin River and its tributaries,’ the park service says. From the highest peak to the lowest canyon is about a 5,000-foot difference. 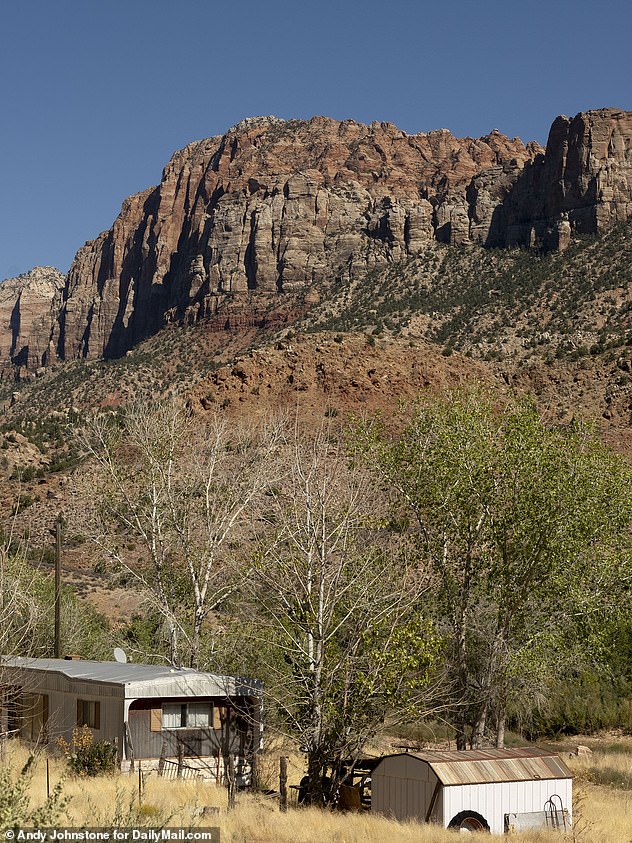 A view of Zion National Park, pictured above

To decide who’d receive their messages, the stars took turns pulling keys from a bucket to determine which celebrity would be rewarded.In rather...
Read more
Load more