New research connects a 12th century volcano eruption in Japan to years of famine in Europe, as volcanic sulfates in the atmosphere contributed to frigid summer days, heavy rainfall and widespread crop failure

New research has linked a 12th century European famine to the eruption of a volcano in Japan, fumes from which may have drifted across the Arctic and caused a shift in weather patterns that triggered widespread crop failure.

The team studied ice core samples from Greenland dating back to the early 1100s and found volcanic sulfate deposits that match those from Mount Asama in central Japan, which erupted in 1108.

According to the team, the effect of the eruption on the atmosphere likely contributed to ‘a very disastrous year’ in France and other parts of western Europe, contributing to unusually cold summer temperatures, heavy rainfall and one of the darkest lunar eclipses ever recorded. 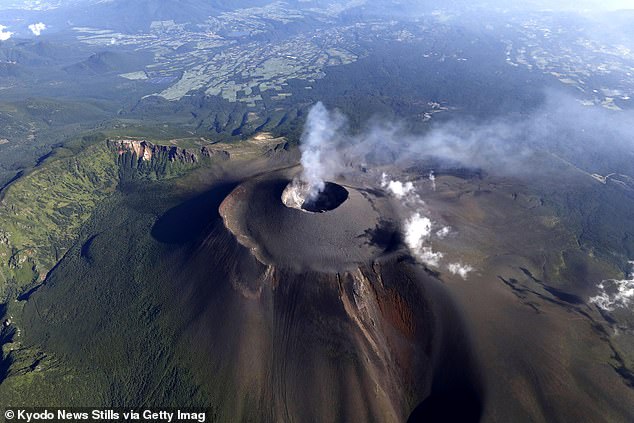 Researchers discovered new evidence linking an eruption on Mount Asama in Japan to an 12th century famine in Europe, driven by atmospheric sulfates in the atmosphere that caused summer temperatures to fall and increased rainfall

Mount Asama’s eruption also devastated large parts of the Japanese countryside, covering rice paddies and fields in thick ash, while aerosols and gases from the eruption slowly drifted toward Europe over a period from at least 1108 to 1113, according to a report in the Asahi Shimbun.

To trace the effects of these volcanic sulfates and other substances, the team relied on several other forms of evidence gathered from western Europe, including journal descriptions from the period and tree ring analysis.

Correlating the size of tree rings to relative temperature and precipitation levels,  the researchers determined that 1109 had seen unusually cold summer temperatures, alongside heavy rains that could have caused widespread crop damage.

Historical documents from the time support that conclusion, showing that weather patterns had ‘killed off many people and reduced countless numbers of rich people to poverty.’

In a manuscript called the Peterborough Chronicle dating to 1110 AD, an anonymous Anglo-Saxon writer described a sudden and prolonged lunar eclipse likely caused by heavy bands of volcanic aerosols passing through the upper atmosphere.

‘On the fifth night in the month of May appeared the moon shining bright in the evening, and afterward by little and little its light diminished,” the unnamed person wrote.

‘As soon as night came, it was so completely extinguished withal, that neither light, nor orb, nor anything at all of it was seen. And so it continued nearly until day, and then appeared shining full and bright.’ 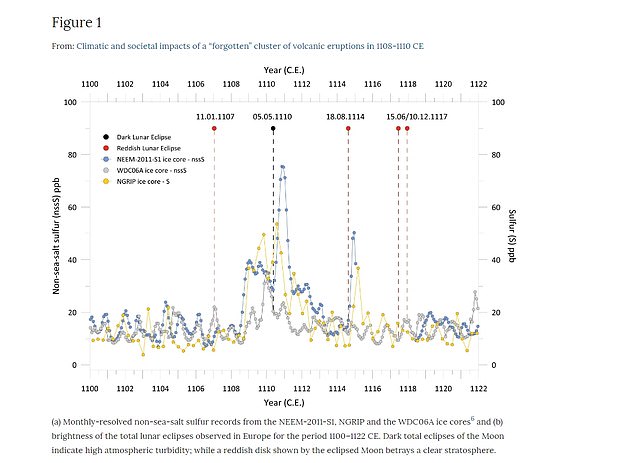 The team analyzed several ice core samples from Greenland, which preserved a portrait of the atmosphere in the early 1100s. They found a noticeable increase in volcanic sulfates between 1108 and 1113, which they linked to the Mount Asama eruption 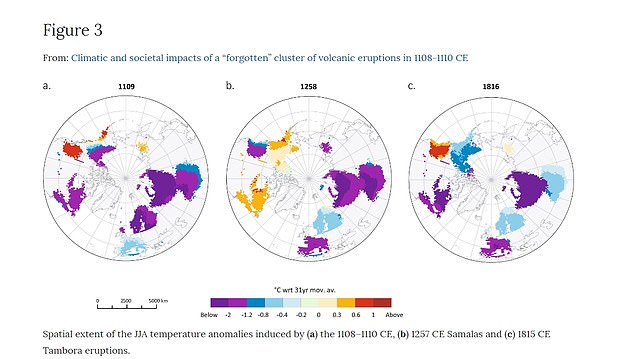 The team also analyzed historical documents from western Europe at the time, and found evidence that the summer of 1109 had been ‘a very disastrous year’ 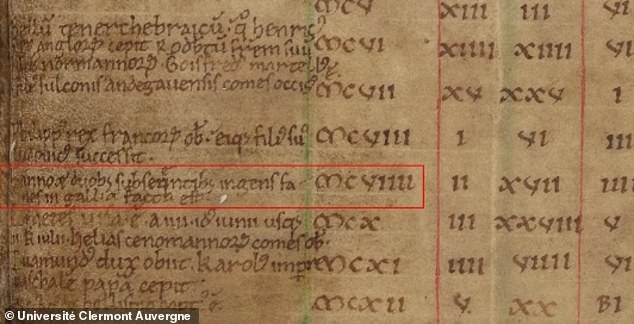 The team also believe the volcanic emissions contributed to a lunar eclipse that ‘completely extinguished’ the moon, in what was one of the darkest eclipses in recorded history

Past research connected the famine and lunar eclipse to a different volcanic eruption, Mount Helka in Greenland, but the new discovery of ice core samples pointing to Mount Asama complicate the older theory.

According to the researchers, it’s likely the events were ultimately set in motion by a ‘cluster’ of volcanic eruptions at the time, of which Helka and Asama were just a few.

‘Many more eruptions are evident from ice core records and several of them have never been studied in detail,’ University of Geneva’s Sébastien Guillet told Vice.

‘Therefore, there’s still plenty of work to do to better understand the influence of large eruptions on the climate system and to which degree these eruptions impacted (or not) past societies.’