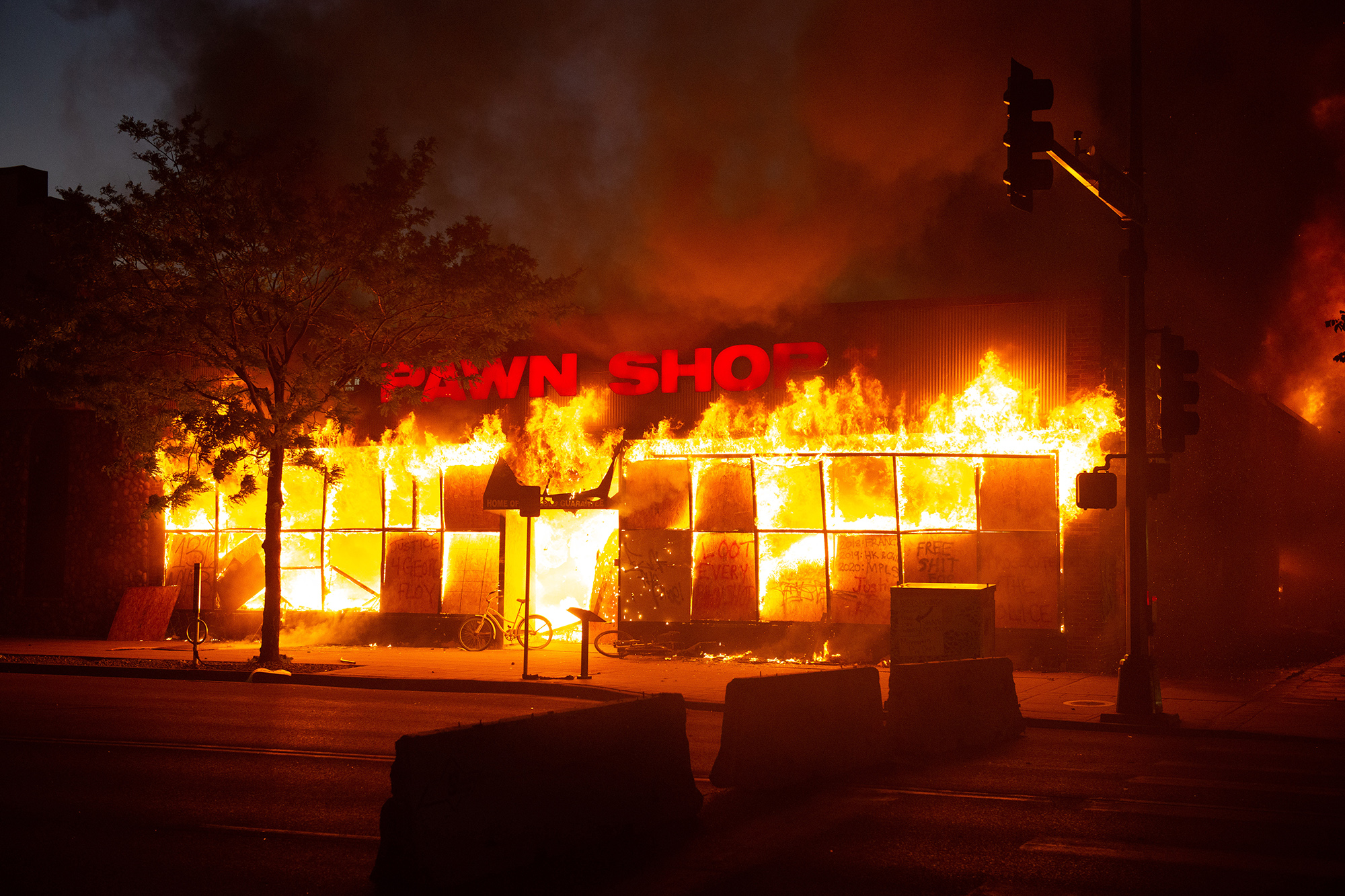 Insurance companies could pay up to $2 billion in claims stemming from riots sparked by the police killing of George Floyd — making them the most expensive in US history, a new report says.

The record-setting insured losses piled up as the demonstrations sometimes devolved into looting, arson and vandalism in 20 states across the country from May 26 to June 8, Axios reported Wednesday, citing figures from the Insurance Information Institute.

“It’s not just happening in one city or state — it’s all over the country,” Loretta L. Worters, a spokeswoman for the industry group, told Axios. “And this is still happening, so the losses could be significantly more.”

The cost of the damage will likely surpass that of the 1992 Los Angeles riots following the acquittal of the cops that beat Rodney King. That violence led to $775 million in insured losses at the time, or more than $1.4 billion in today’s dollars, according to the institute known as Triple-I.

The violence sparked by Minneapolis cops’ killing of Floyd was the first “multi-state catastrophe event” ever declared for civil disorder by claim-tracking company Property Claim Services, Triple-I has said.

Past civil catastrophes — events that caused at least $25 million in insured losses — unfolded in individual cities, such as the 1967 Detroit riots or the 1977 New York City blackout, according to the group, which noted that standard business-owner and homeowner insurance policies cover riot-related damages.

But the costs of this year’s riots will reportedly be dwarfed by natural disasters that have hammered parts of the country. Hurricane Isaias is expected to cost $3 billion to $5 billion in insurance losses, while the tab for the just-started wildfire season is already at $1.5 billion, Axios reported.

Triple-I did not immediately respond to The Post’s request for its estimate of riot-related damages Wednesday morning.

Hints From Heloise: At the store, there’s no safety in numbers