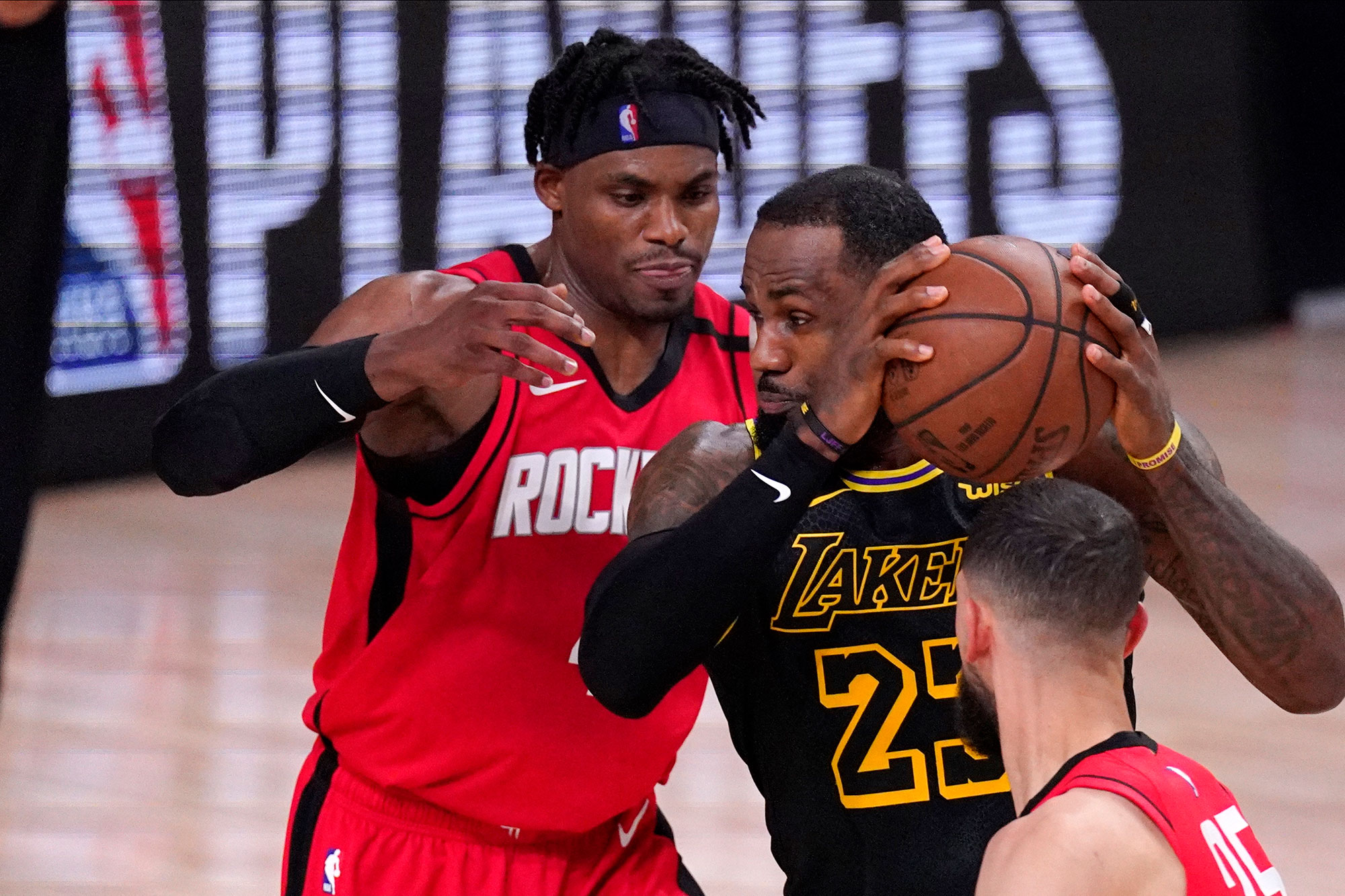 Danuel House has bee kicked out of his temporary NBA home.

On Friday, the league announced it concluded an investigation into House, finding the Houston Rockets forward “had a guest in his hotel room over multiple hours on Sept. 8 who was not authorized to be on campus.”

The unauthorized person in question is reportedly a female subcontractor who worked as a COVID-19 testing official in the bubble.

As a result, House left the NBA bubble at Walt Disney World, and will not suit up again for the Rockets as they continue to battle the Lakers in the Western Conference semifinals.

House was a late scratch for Game 3 of the series due to “personal reasons” and missed Game 4. The Lakers lead the series 3-1 with Game 5 set for Saturday.

The 27-year-old averaged career-bests in points per game (10.5) and assists (4.2) this season as Houston’s sixth man. He contributed 11.4 points and 5.8 rebounds per game in the postseason.

US Olympian Chloe Dygert crashes over guardrail in cycling accident