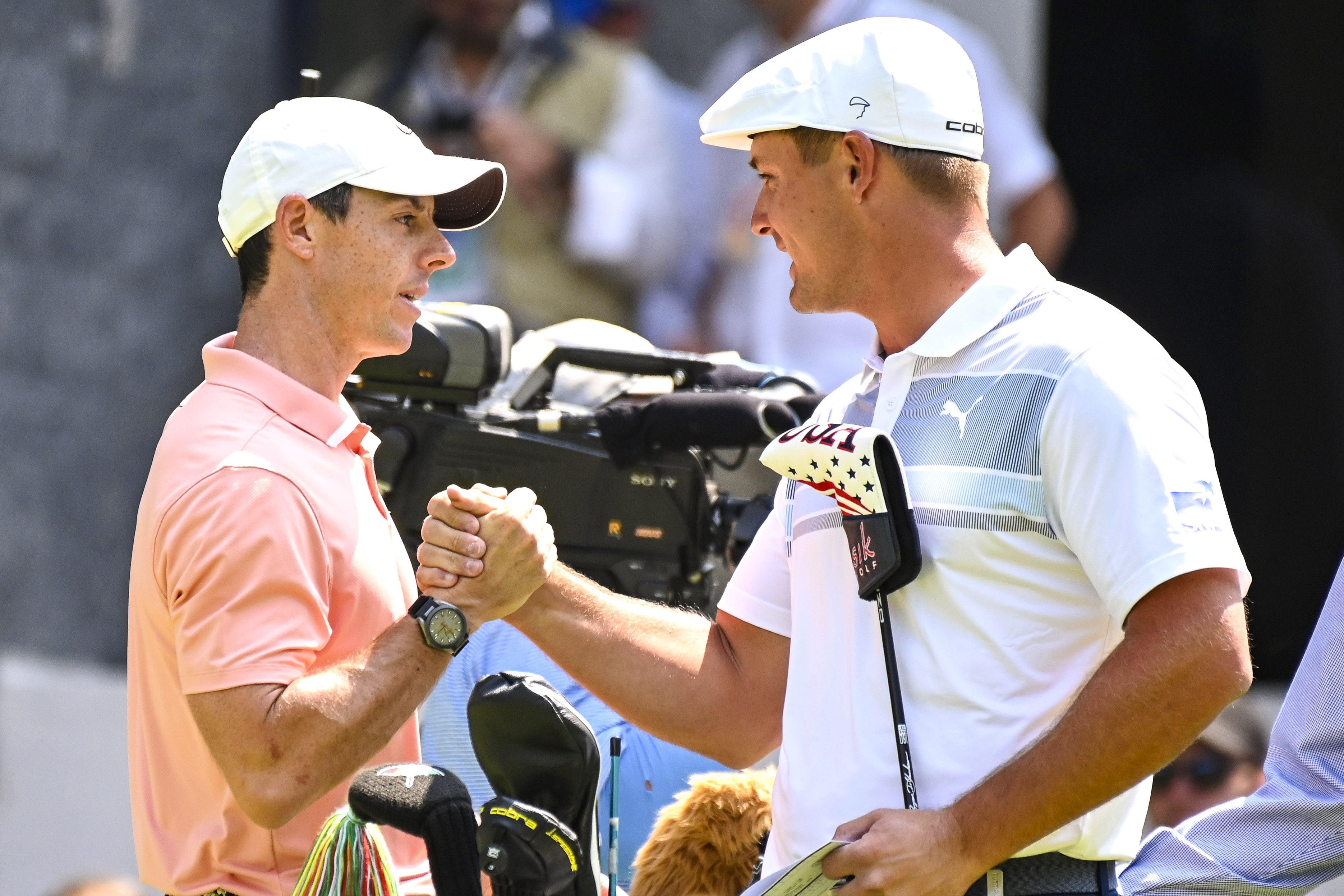 Even Rory McIlroy was in awe.

Bryson DeChambeau’s hulking frame and massive drives are the talk of the PGA Tour’s restart after one event.

“Yeah, I mean, obviously, at the start of the year, he came out, and he was a bit bigger,” McIlroy told reporters Wednesday ahead of the HBC Heritage Open. “You could see he was getting a bit of speed and stuff, and he was hitting it a long way. But he hit a couple drives on Sunday that (caddie) Harry [Diamond] and I just looked at each other, and we’re like, holy s–t, that was unbelievable.”

DeChambeau, 26, added 20 pounds of muscle during the coronavirus shutdown and 45 pounds overall. He led the field in driving distance at the Charles Schwab Challenge, averaging 340 yards. McIlroy, who played the final round with DeChambeau and is known as one of the longer hitters on the PGA Tour, averaged 315 yards off the tee.

However, McIlroy said that kind of weight gain would not suit his own game.

“I actually feel my best when I’m lighter,” McIlroy said. “I was probably at my lightest at the start of the season, sort of that California swing, at Torrey Pines. I remember weighing myself at Torrey on the Sunday morning before going out to the final round, and I was like 155. I think that’s half of Bryson now.”