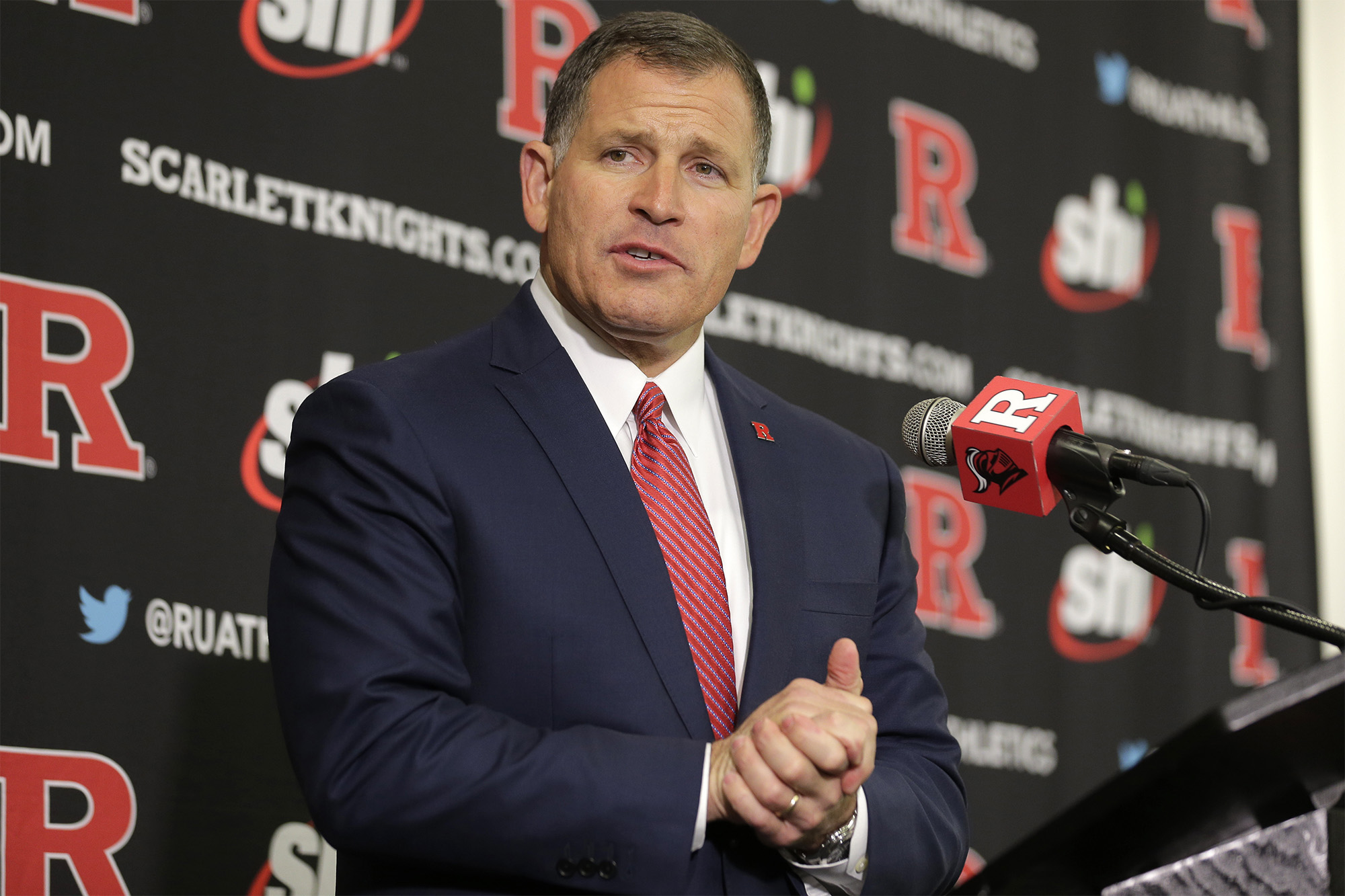 Greg Schiano declined to offer his opinion. He also couldn’t answer whether the powers that be in college football are doing the right thing by trying to have a season amid the continued havoc the novel coronavirus pandemic is creating in this country.

“I don’t know? You just put everything on permanent hold?” the Rutgers’ football coach said on a video call with reporters. “Those are all questions that are above my knowledge and I’m trying to get knowledge on this.

“You try to gather as much information as you can, and that’s what I’ve been trying to do.”

As schools across the country have tried to take the first step to playing in the fall by bringing players back to campus for voluntary workouts in recent weeks, positive cases have arisen at several prominent programs that have cast doubt on the ability to start the season on time, or play it in the fall at all. Clemson had 28 positive tests for the virus. Texas had 13 players test positive. At least 30 LSU players were placed in quarantine, either for positive tests or being in contact with someone who had one, according to Sports Illustrated. Kansas State paused workouts for 14 days following 14 positive tests and Houston halted its workouts for the time being as well. On Monday, Iowa announced nine positive tests of 40 student athletes, coaches and staff members in the past week.

Rutgers, which began workouts on June 15, has had two positive tests so far, with three others in quarantine as a precaution for coming into contact with one of the positive cases.

“You cannot reduce risk to zero,” Schiano said. “How can you prepare for a season and eliminate as much risk as you can? You have to grow understanding of the big three: social distancing, a mask and washing our hands.”

Formal workouts are allowed to begin in July, after the NCAA Division I Council approved the Football Oversight’s Committee’s plan on Thursday. That allows teams to start holding meetings and walk-throughs on July 24 and preseason practices no earlier than Aug. 7.

Schiano made it clear repeatedly the workouts Rutgers has been holding are voluntary, and there are some players who have opted not to return to school. Players, coaches and staff members have been tested three times. One of the two players who tested positive never made it back to campus since his positive test was a result of the mail-order test Rutgers sent out to players. The other player passed his first test and received a positive test the second time.

Schiano wouldn’t let his opinions be known about what he believes the NCAA should do, other than to say that he feels comfortable enough to be holding workouts and having players on campus. That could obviously change. Right now, there are far more questions than answers.

“What I have told my team is this: Right now, we are told we are going to have a season that opens that weekend of the 5th [of September] and we are going to prepare for that date,” he said. “And if that date changes, we will pivot and make another plan. I think until there is some real substantive medical science, that we come up with a vaccine or with a treatment plan that really limits the death from this virus, I think we are all going to be trying to figure it out as we go.”