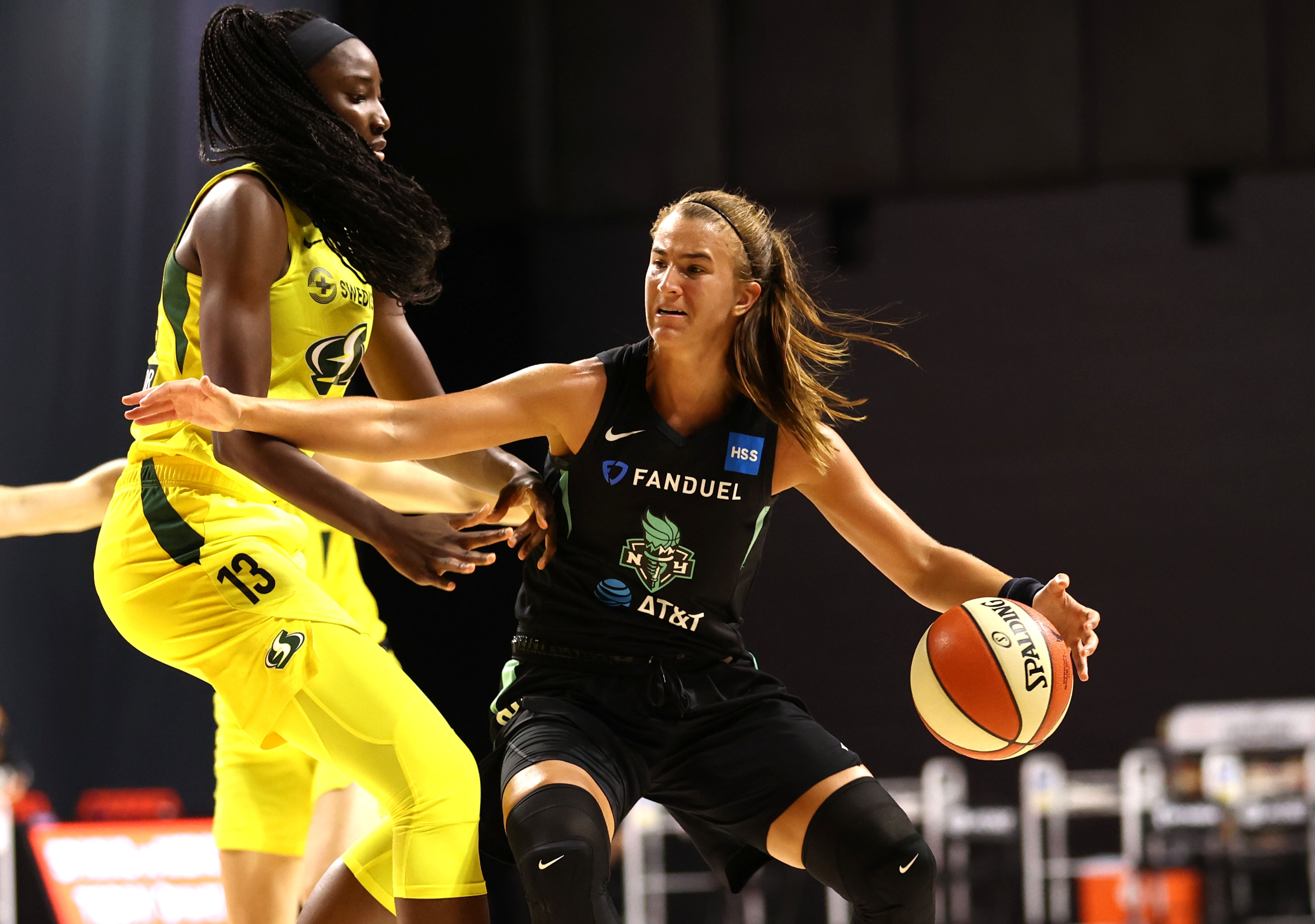 Neither team took the court for the national anthem, and there was a 26 second moment of silence for Breonna Taylor. Taylor, an African American emergency medical technician, was shot dead in her apartment by Louisville Metro Police officers executing a no-knock search warrant on suspicion of drug possession. No drugs were found.

“We are dedicating this season to Breonna Taylor, an outstanding EMT who was murdered over 130 days ago in her home,” said Liberty guard Layshia Clarendon prior to tip-off.

The Sabrina Ionescu era got off to a slow start as Breanna Stewart had 18 points, eight rebounds and four steals in her first WNBA game since helping Seattle win the 2018 championship, sending the Storm past the Liberty, 87-71, Saturday in the season opener for both teams.

The 2020 WNBA season, delayed and shortened by the coronavirus pandemic, will be played in a bubble at the IMG Academy.

Stewart missed all of last season after tearing her Achilles’ tendon while playing for her Russian club team in April 2019.

Jewell Loyd scored 14 points and Sue Bird — who also missed the 2019, because of a knee injury — added 11 points, hitting 3 of 5 from 3-point range, and five assists for Seattle.

Ionescu had 12 points, six rebounds and four assists in her WNBA debut. Ionescu, the No. 1 pick in April’s draft, was 4-for-17 shooting, including 0-for-8 from 3-point range, and committed four turnovers.

Clarendon led the Liberty with 20 points.

Loyd hit a 3-pointer and then converted a three-point play before Stewart made a layup to make it 34-26 and the Storm led the rest of the way.

Jordin Canada scored six points during a 14-4 run to open the fourth quarter that gave the Storm their largest lead when she found Stewart for a 3-pointer that capped the spurt and made it 80-61 with 4:44 to play.

Liberty guard Kia Nurse left the game early in the second quarter because of an ankle injury and didn’t return and did not return.