A California chapter of Black Lives Matter is looking for sponsors to get ten of its members trained in gun safety as part of a new push to keep their community safe.

‘As Black folks we have learned that we are running out of resources when it comes to being protected,’ Faison wrote in the description. ‘Police are killing us. White nationalists are threatening us. The president is supporting the nationalists. 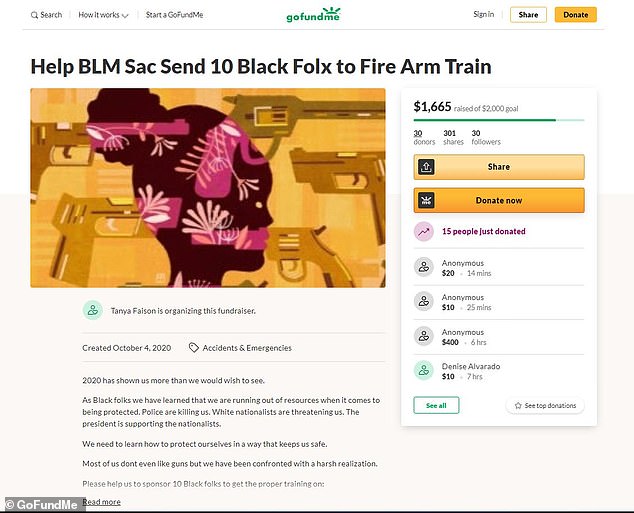 BLM Sacramento has launched a GoFundMe campaign, seeking to raise $2,000 to have ten people in the black community trained in gun safety 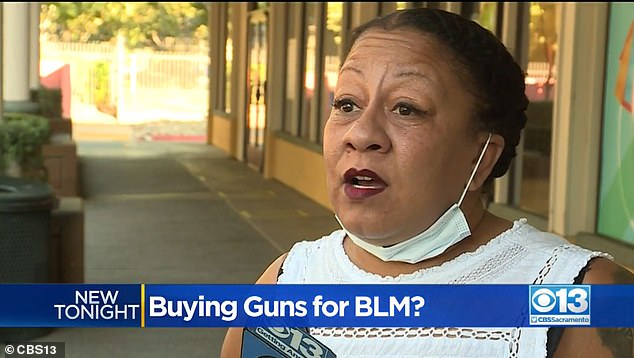 Tanya Faison, founder of Black Lives Matter Sacramento, said  it is important for people to be able to protect themselves from white nationalists

‘We need to learn how to protect ourselves in a way that keeps us safe. Most of us dont [sic] even like guns but we have been confronted with a harsh realization.’

As of Thursday morning, BLM Sacramento’s GoFundMe campaign has drawn just over $1,660.

The training, which would be available to anyone interested in applying for a concealed carry permit, would cover everything related to firearm safety, including how to hold, clean, store and shoot a gun, as well as differences between various weapons and how to pick the right one.

BLM Sacramento is interested in having a black family-owned business conduct the training.

Speaking to KDVR, Faison stressed that the initiative is unrelated to BLM protests, but she believes it is important for people to be able to protect themselves, their families and their homes from those seeking to harm them. 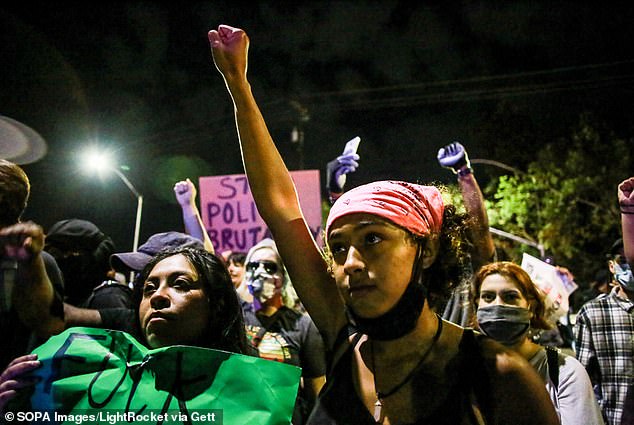 Faison stressed that the weapons training initiative is unrelated to BLM protests. Pictured: Protesters chant and call for an end to police brutality in May 2020 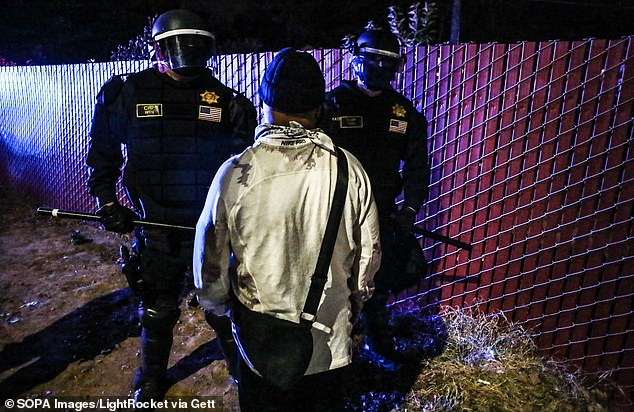 The push for gun safety training for African-Americans comes amid months of nationwide protests against systemic racism and police brutality. Pictured: : A protester stands directly in front of a police barricade to block protesters from entering the Highway 99

‘We need to be armed, we need to be safe, we are citizens here, we have equal rights here, the Second Amendment is our right, too,’ she said.

Faison added that in some situations, black people know they cannot call the police for help, which means they have to rely on themselves to stay safe.

The push for weapons training for African-Americans comes amid months of nationwide protests against systemic racism and police brutality. Some of the demonstrations were marked by violent clashes with police and counter-protesters.

Calls for racial justice reached a crescendo in the spring and summer of this year, following the high-profile killings of Breonna Taylor and George Floyd at the hands of police officers.

Princess Margaret chain-smoked at a back table, Ava Gardner joined the pianist for an impromptu duet and Elizabeth Taylor packed her guest Rock...
Read more
U.S

Heartbreaking moment puppy desperately digs the ground to wake up its...
Read more

So much for being the happiest place on earth. The Walt Disney Company will be laying off about 32,000 workers, mostly from its theme...
Read more